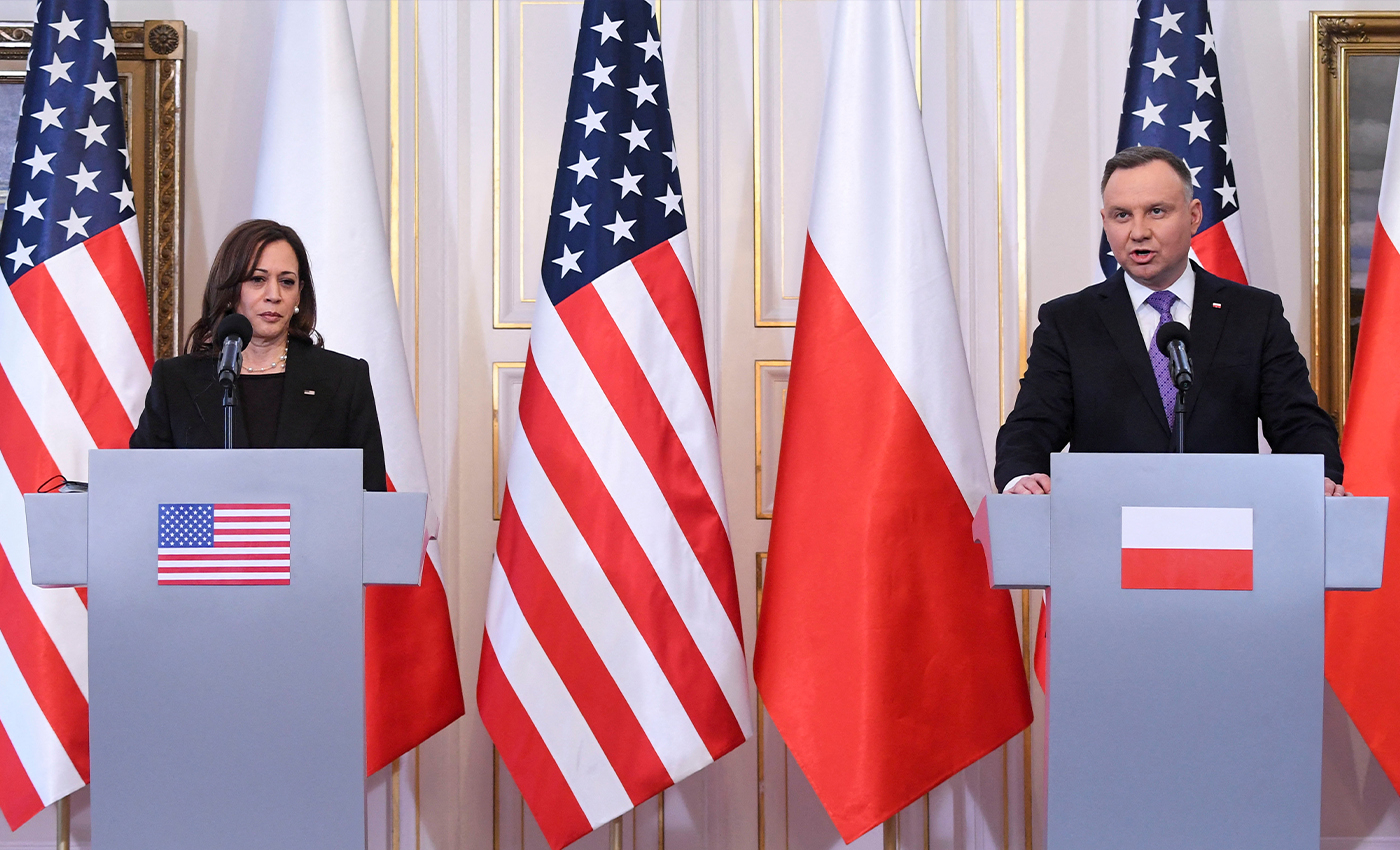 U.S. Vice President Kamala Harris and Polish President Andrzej Duda laughed at the confusion over who should a press question first.

A one-minute video clip of U.S. Vice President Kamala Harris talking in a press conference has been widely shared on Facebook and other social media platforms, claiming that she appeared to laugh after being asked a question about Ukrainian refugees. The press conference was held on March 10, 2022, where Polish President Andrzej Duda was also present with Harris. Netizens have criticized her on social media and dubbed her reaction "insensitive." However, the viral video has been taken out of context. She laughed, while looking at Duda, over who would speak first.

According to the complete video of the press conference held in Warsaw, Poland, NPR White House correspondent Asma Khalid asked separate questions to both Kamala Harris and Andrzej Duda at the same time. They were whether the U.S. would make any specific allocations for Ukrainian refugees; and whether the Polish president had asked the U.S. to accept more refugees. Around 54 minutes and 25 seconds into the video, uploaded by The Independent on YouTube, it is clearly visible that both Harris and Duda looked at each other and laughed briefly on who should answer first.

Additionally, the official transcript of the press conference published by the White House shows that after the question was asked, Harris laughed and said, "A friend in need is a friend indeed," before Duda replies, "Okay. I'll go first". It clearly shows that Harris and Duda laughed while agreeing on who should answer first.

Furthermore, Herbie Ziskend, deputy communications director for Harris, also clarified in a tweet: "No surprise: but this is wildly out of context. I was in the room. The @VP and President were laughing about who would speak first amidst simultaneous translations - they were certainly not laughing about refugees."