This video shows an electric bus on fire. 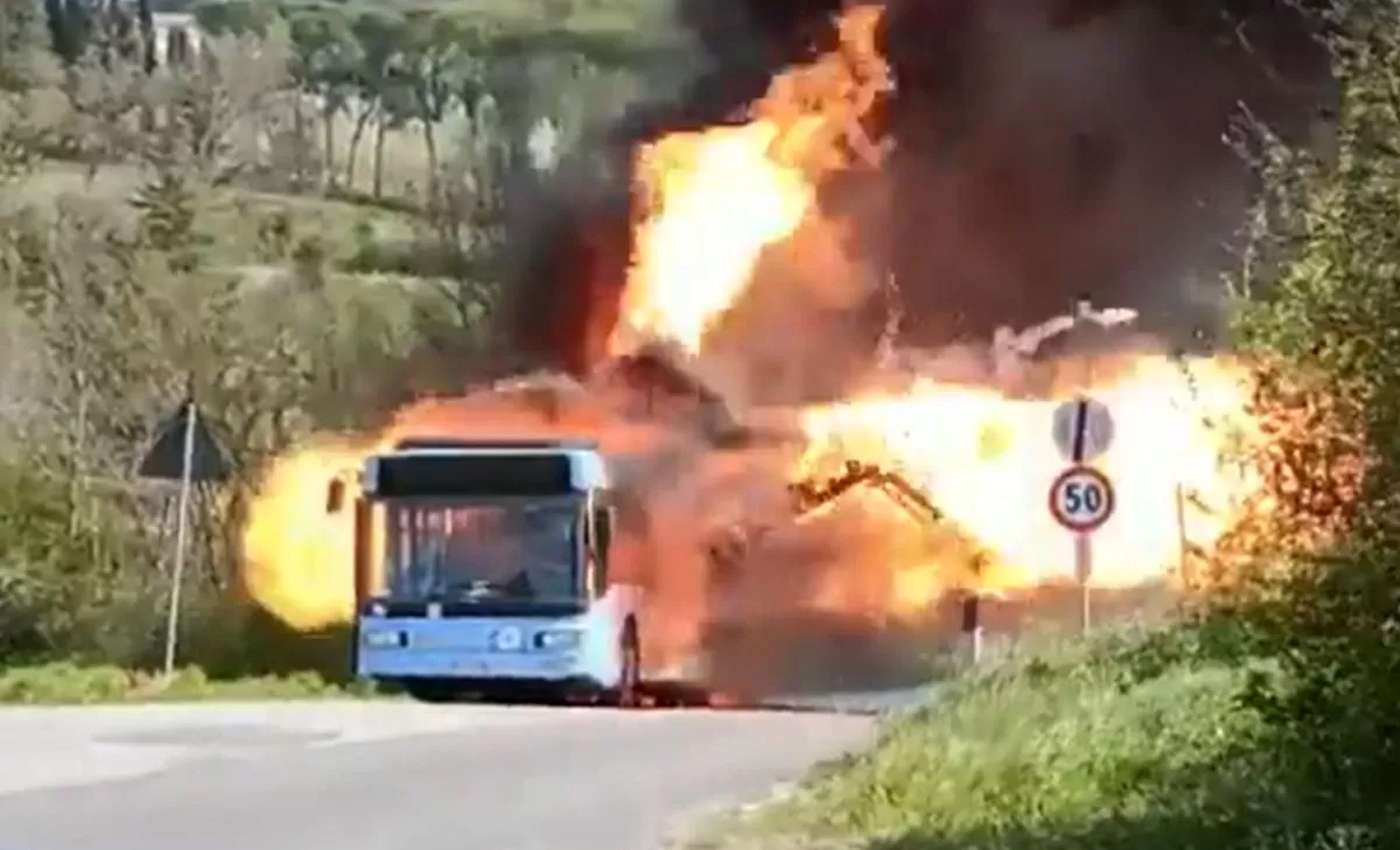 The bus that can be seen on fire in the video, near the Italian city of Perugia, was powered by compressed natural gas (CNG).

A video of a city bus engulfed in fire, with flames spread in all directions, was posted on social media and shared multiple times by users. The caption reads, “Electric buses… they are the future!" implying electric buses are inherently unsafe at a time when there is a strong push for electric vehicles worldwide. However, the claim is false, as the bus in the video was powered by an internal combustion engine using compressed natural gas (CNG) as its fuel source.

According to AOL, a city bus powered by CNG caught fire near Perugia, Italy, while driven on a provincial road by a company mechanic. There were no passengers at the time of the incident, and Perugia's fire brigade extinguished the fire. The video clip showed pressure-reducing valves, allowing the fuel to burn without any blast.

The Autopian explained that the large fire columns that appeared in all directions are the result of safety systems performing as designed. The flames follow the columns of natural gas, which are vented out to the atmosphere. The flames form into columns by design to relieve the pressure. In this type of bus, the CNG tank can often be seen mounted on the rooftop. The use of CNG in vehicles has been increasing as a viable alternative to conventional liquid fuels. Fire accidents involving CNG-fuelled buses are not common as technology has improved drastically and made CNG safer than before.

Therefore, we mark the claim as false, as the vehicle burning in the viral video is not an electric bus, but is powered by CNG.

A video shows two women swept away by waves on Bandra beach in Mumbai.