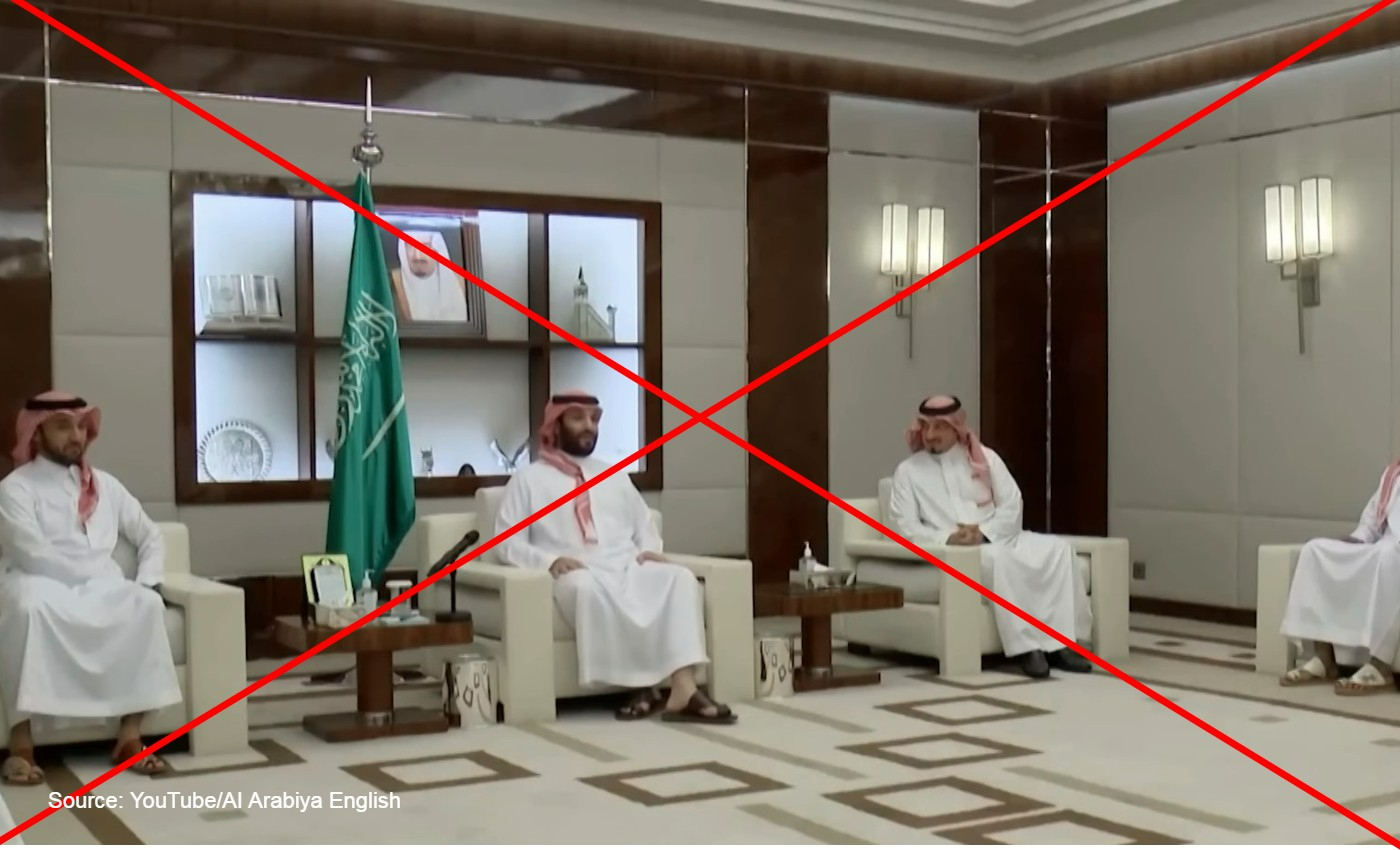 The original video of the Saudi Prince encouraging his national football players has been edited to include audio in English to claim as such.

A video circulating on Facebook shows Crown Prince Mohammed bin Salman interacting with the Saudi national football team. In the voiceover playing in the background, we hear Prince Salman say that he has "fulfilled his promise of gifting Bugatti Chiron" to every player after their win against Argentina, and the next task is to "annihilate" the Poland football team. The Prince also promised to gift each player a "skyscraper taller than Burj Khalifa" if the team won against Poland. He then points to his Sports Minister, who allegedly threatens to "bury" all the eleven players if they lost to Poland. He continued and said they had dug a big grave for the goalkeeper if he did not save the goals and that the substitutes would have to work as construction workers. However, this is incorrect.

We extracted keyframes from the video, conducted a reverse image search, and found the original video uploaded by the news channel Al Arabiya English with the caption, "'Enjoy the games!" In the video, Saudi Arabia's Crown Prince is heard encouraging national team players ahead of World Cup. The video is from a meeting on October 24, 2022, nearly a month before the match against Argentina, when the Prince met the Saudi football players. He encouraged them to play well – he did not issue any threats or promise expensive gifts like Bugatti cars.

By closely analyzing the Facebook video in question, we noticed that the English audio was not in sync with the Prince's lip movements, which indicates that the video was edited.

On searching further, we found a press release dated October 23, 2022, by the Saudi Ministry of Sports, detailing what happened at the meeting. It said that the Crown Prince received the players and staff of the national football team who qualified for the Qatar World Cup 2022. The release stated that the Prince cordially addressed the players and congratulated them for "qualifying for the world's most prominent periodical soccer event." He also advised the players to enjoy the games and play without taking any stress. Prince Abdulaziz bin Turki Al-Faisal, the Sports Minister, who was also present there, said that he was thankful for the continuous support by the Crown Prince during the qualifiers and hoped that players would do their best in the World Cup tournament.

There is, at this time, no official word from Saudi Arabia about these alleged threats or the supposed gifts being given to the players, as the modified video claimed. Saudi player Saleh Al-Shehr, when asked about the supposed gifts in a press conference before the Poland match, dismissed the rumors. "It's not true, it is not true at all… We are here to serve the country, and we do our best, and this is our best achievement," he said, according to Reuters.

Following Saudi Arabia's eventual loss to Poland by 2-0 on November 26, 2022, the team was still in contention to reach the knockout stages of the World Cup. However, they lost their final game of the group stages to Mexico 2-1, bowing out of the tournament. Despite the losses, there have been no credible reports of threats to the team or of any harm coming to them.

The video circulating on social media claiming that the Crown Prince issued threats to players has been edited by adding a fake voiceover in English. The actual meeting shown occurred before the official World Cup match even started and included no threats or promises of gifts. Therefore, we have marked this claim as false.