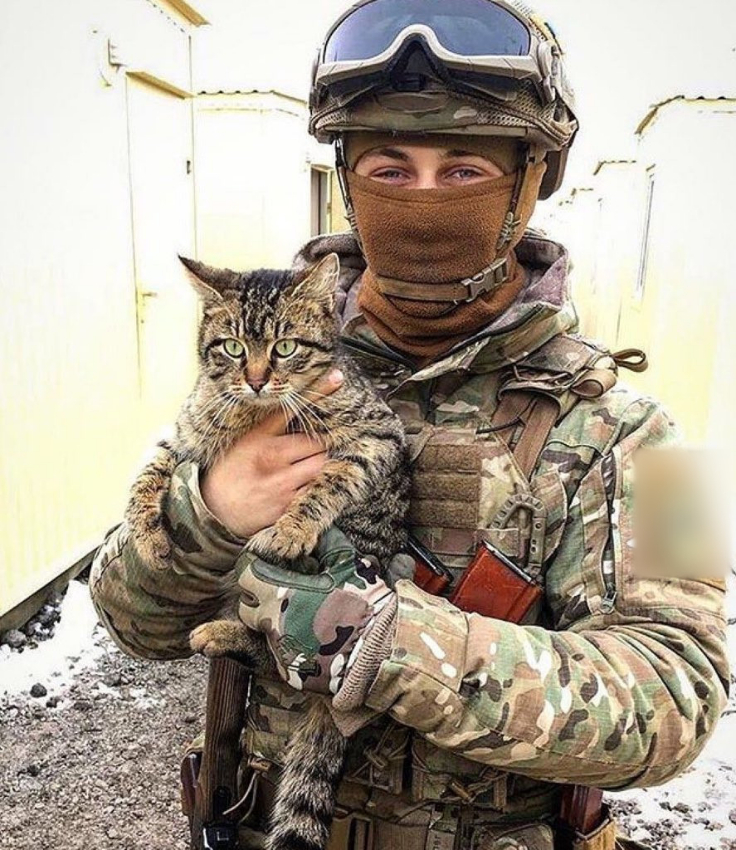 Ukraine has not trained cats to help its military. An image of a soldier with a cat has been captioned to suit this narrative about the current war.

Social media is trending with posts about the Russian invasion of Ukraine, including misleading and miscaptioned posts. One such post is a photo of a soldier holding a cat with the caption, "Ukraine army cats are trained to spot and direct the location of Russian sniper laser dots. This is Mikael called 'The panther of Kharkiv,' who single-handed exposed the location of 4 snipers, which ended in their deaths."

On conducting a reverse image search, we found the same image on a Twitter post made by the user "UkrARMY cats & dogs" (@UAarmy_animals) on July 25, 2018.

There are no credible reports of the Ukrainian military ever training cats to assist them in their missions by detecting laser light spots. This narrative can only be seen on social media posts made after the Russian invasion of Ukraine in 2022.

This soldier in this image is wearing the insignia of the far-right Azov Battalion in Ukraine. According to a profile in Al Jazeera, "Azov is a far-right all-volunteer infantry military unit whose members – estimated at 900 – are ultra-nationalists and accused of harboring neo-Nazi and white supremacist ideology." Commonly, far-right groups will enlist unwitting social media users into boosting their signs and symbols by putting those symbols in an innocuous context. Sharing these images can unintentionally boost the visibility and reach of these groups. Logically has blurred the patch in the image for this reason.