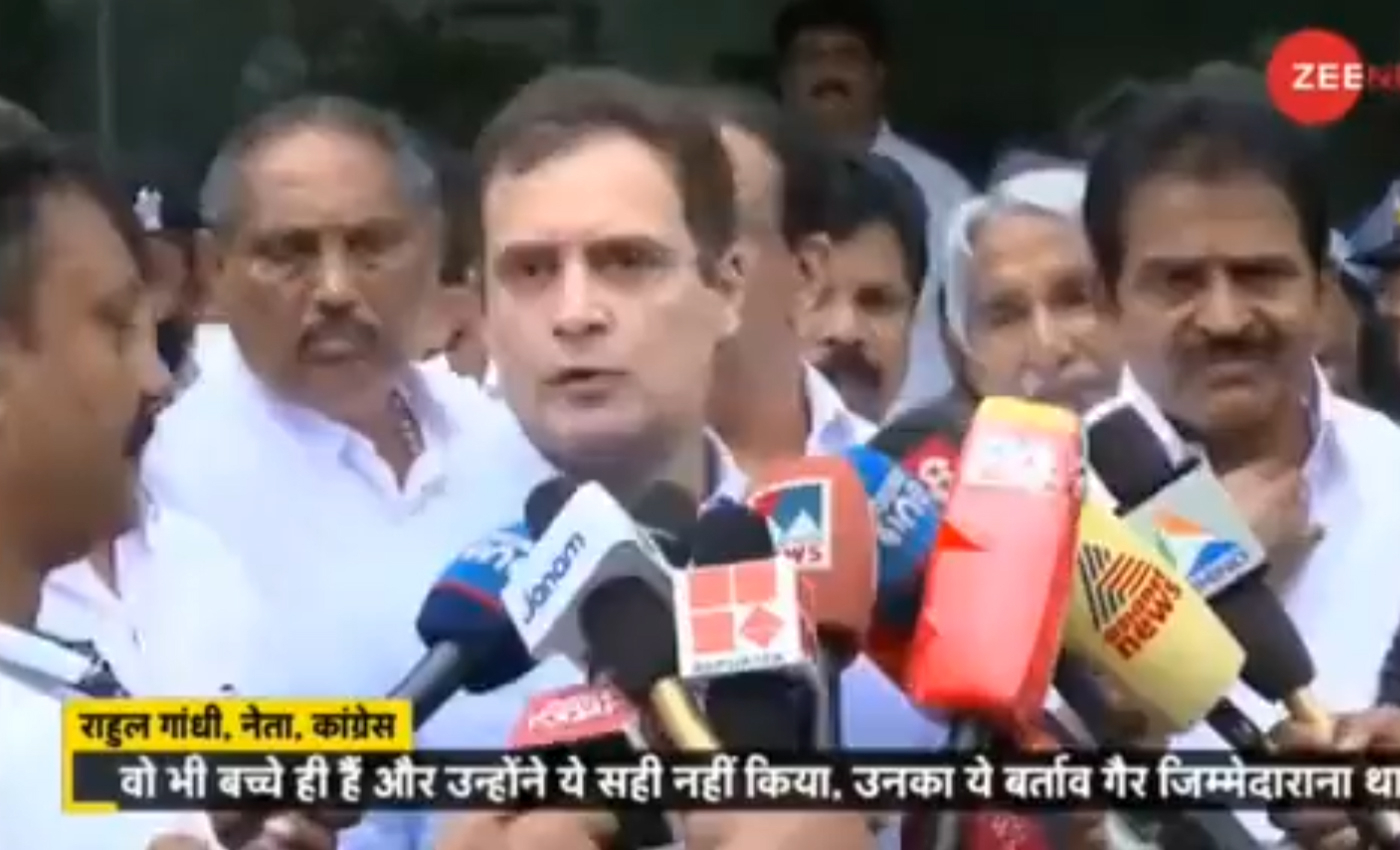 Rahul Gandhi's remarks on the attack on his Wayanad office were taken out of context to appear as though he was responding to the Udaipur case.

After the two main accused in Kanhaiya Lal's murder case were arrested by the Rajasthan Police, there were many false and misleading posts on social media. One such video where Rahul Gandhi calls Udaipur killers "kids" and "children" went viral on social media. Zee News anchor Rohit Ranjan first posted this video on his official Twitter handle. The footage had 120.1k views.

However, this is not accurate. In the video, Rahul Gandhi called the culprits who vandalized his Wayanad office in Kerala "Children," He was not speaking about the Udaipur case.

Through a reverse image search, we found the entire viral video posted on the YouTube channel of Manorama News on July 1. It shows that at 1.25 seconds, Rahul Gandhi replies to the media regarding the damage to his Wayanand office. He says the children who did this acted irresponsibly, and he would forgive them. He went on to say that he does not feel anger or hostility towards them and that what they had done was a silly thing.

The same video can be found on the News18 Kerala YouTube channel published on July 2, 20222. Therefore it confirms Rahul Gandhi's remarks on Waynad office attackers were misquoted, and the video was doctored.

According to Indian Express, the Congress party is demanding an apology from BJP for posting the doctored video by Zee News on Social media. Congress communication in-charge Jairam Ramesh wrote a letter to BJP President J.P.Nadda stating that "What is of even greater concern is that several of your party colleagues, including Shri Rajyavardhan Rathore, MP, Shri Subrat Pathak MP, Shri Kamlesh Saini, MLA, and others, have enthusiastically and without verification published and shared the deliberately fabricated and distorted reportage." He further states, "The original video was Shri. Rahul Gandhi's comment on the SFI violence on his Wayanad office, but it was deliberately and mischievously doctored to appear as if it was a comment on the heinous murder of Kanhaiya Lal in Udaipur."

Later on July 2, Zee News reporter Rohit Ranjan apologized on his Twitter handle by clarifying that Rahul Gandhi's statement was taken out of context by linking it to the Udaipur incident and was a human error.

A video of Rahul Gandhi's remarks on his Waynad office attack has been misattributed to the Udaipair case regarding Kanhaiya Lal's killers. Hence we have marked the claim as false.