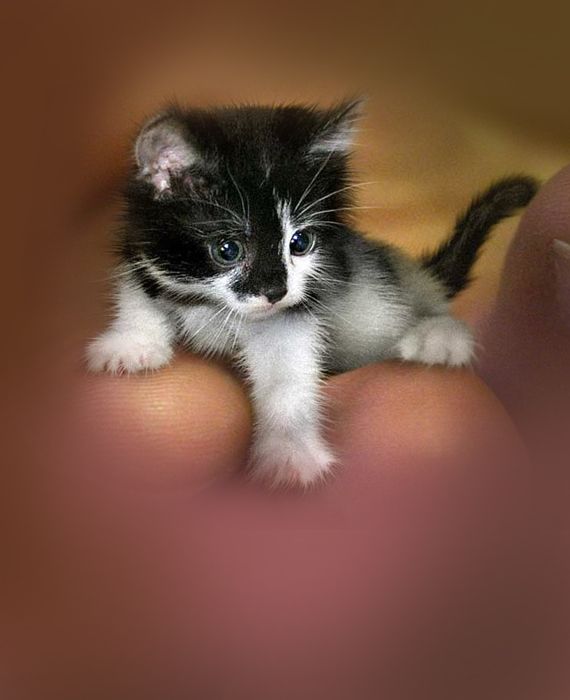 Guinness World Records for the smallest cat proves that Tinker Toy was the world's smallest cat which measured 7cm in height.

According to the Guinness Book of World Records, the world’s smallest cat was a male blue point Himalayan-Persian named Tinker Toy. It measured only 7cm (2.75 in) tall and 19cm (7.5 in) long when fully grown. The cat was owned by Katrina and Scott Forbes of Taylorville, Illinois, USA. Tinker Toy was born on 25 December 1990 and died in November 1997 at the age of six.