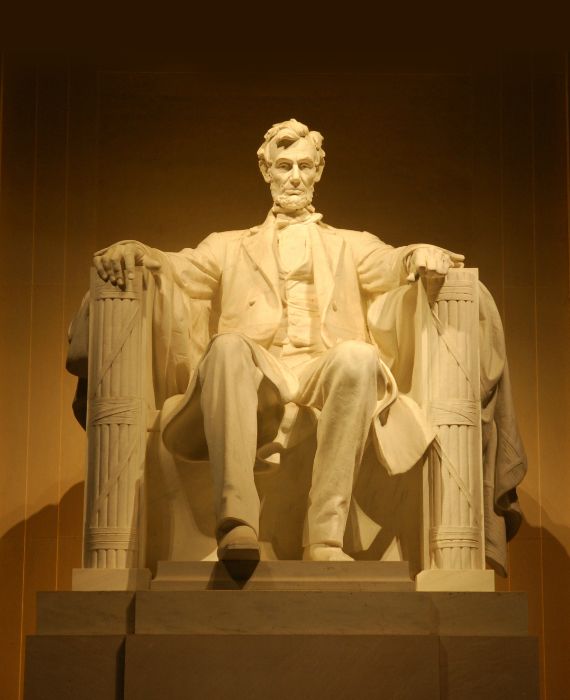 Lincoln memorial was not defaced by protesters, but the steps around the memorial were vandalized.