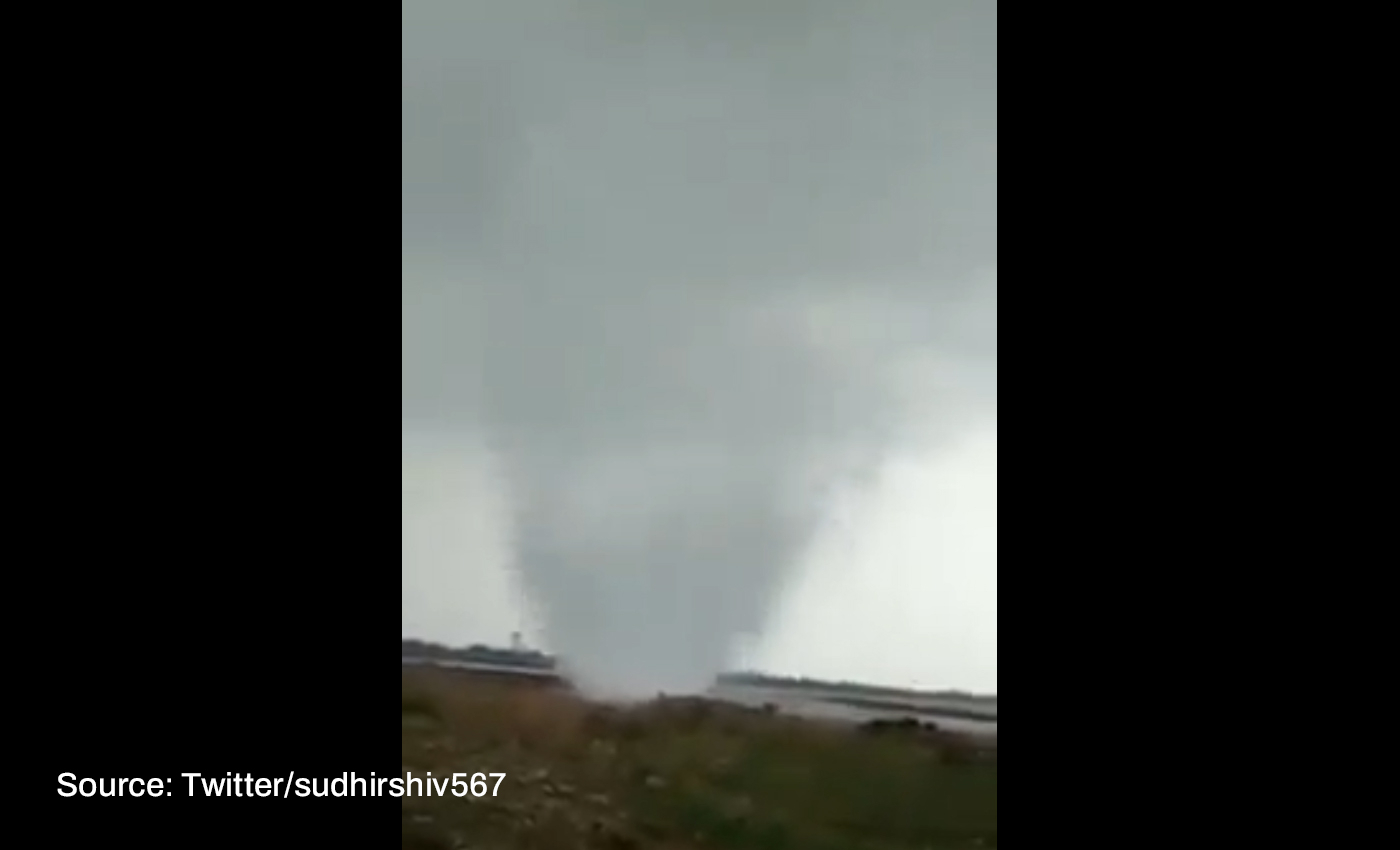 The video is from Pune, Maharashtra, and not from Allahabad. Also, it shows a tornado-like situation, not a cloud 'absorbing' water from a river.

A video of a tornado is making rounds on social media. The video was initially shared by Twitter user @sudhirshiv567, who claimed the video was recorded in Allahabad (now Prayagraj), Uttar Pradesh. In the description, the user claimed that the cloud was “absorbing” water from the river Ganga which is considered holy by many Hindus in India. The video caption read, "Have never seen clouds taking away water from the Ganges 'Sangam' in Allahabad before. See the amazing view of nature... hail lord Mahadev (Shiva)." A 'Sangam’ is the confluence where different rivers meet. The user claims that the incident occurred at Triveni 'Sangam,’ where river Ganga, Yamuna, and the mythical river Saraswati meet.

On conducting a reverse image search using one of the keyframes of the viral video, we found that TOI Plus— one of the Twitter accounts of the news outlet, The Times of India, had posted the original video on June 10, 2018. The caption of the video read, "Tornado-like situation was observed in Maharashtra last evening."

On searching for relevant keywords, we found that NDTV had also carried a report on the incident. The report, dated June 8, 2018, discusses "a sinister spiraling column of air moving upwards from the ground in Ramallah village in Pune, Maharashtra." The report also stated that a Center for Citizen Science (CCS) team analyzed the phenomenon and visited the location within 24 hours of the incident.

The official Facebook account of CCS mentioned that under the expert guidance of senior meteorologist Dr. J. R. Kulkarni, the team visited the location and concluded that the duration of the tornado-like event was 90-120 seconds long. They said that a few metal covers of motor pumps and tin roofs of some cattle shelters flew away because of the tornado—a first-of-its-kind event recorded officially in Maharashtra, and heavy rainfall was observed afterward. It added that the tornado's intensity was F0 (from F0 to F5 Fujita scale). The team stated that this tornado is a narrow, violently rotating column of air that extends from the base of a thunderstorm to the ground, and because the wind is invisible, it is hard to see a tornado unless it forms a condensation funnel.

An old video of a tornado from Pune is being incorrectly shared with baseless claims that a "cloud is absorbing water from the Ganga River." Moreover, Prayagraj has not observed any such incidents recently. Therefore, we have marked this claim false.