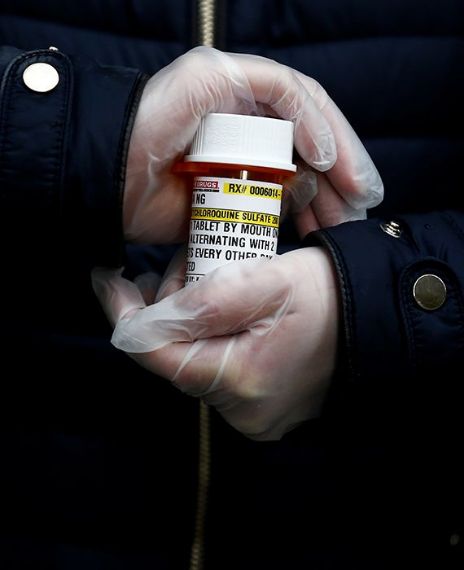 Ban on HCQ's export was lifted by India on 6 April after the request made by Trump on 4 April and not after Trump's statement on 7 April 2020.

White House published the remarks by President Trump on 04 April 2020 where he stated that he had a conversation with Indian PM Modi regarding the export of hydroxychloroquine(HCQ) and also added that India is considering his demand seriously.

On 7 April 2020, President Trump responded to a question regarding the ban on the export of medical goods from India. He said, India does very well with the United States and has been taking advantage of the U.S. in trade and it would be a surprise if India did not remove the ban. He also said there might be retaliation if India does not export HCQ's to the U.S.

Anurag Srivastava, Ministry of External Affairs(MEA) said as there are requests from other countries for exporting HCQ's India has decided to remove all its restriction on exporting of 14 drugs including paracetamol and HCQ as on 06 April 2020. He added that paracetamol and HCQ would be kept in a licensed category and its demand would be continuously monitored.

DD News reported the Ministry of External Affairs Additional Secretary and Coordinator of COVID-19, Dammu Ravi saying that Hydroxychloroquine is in high demand globally and many countries have requested India for its supplies.

A fully vaccinated New Jersey doctor died of COVID-19 on a trip to India.