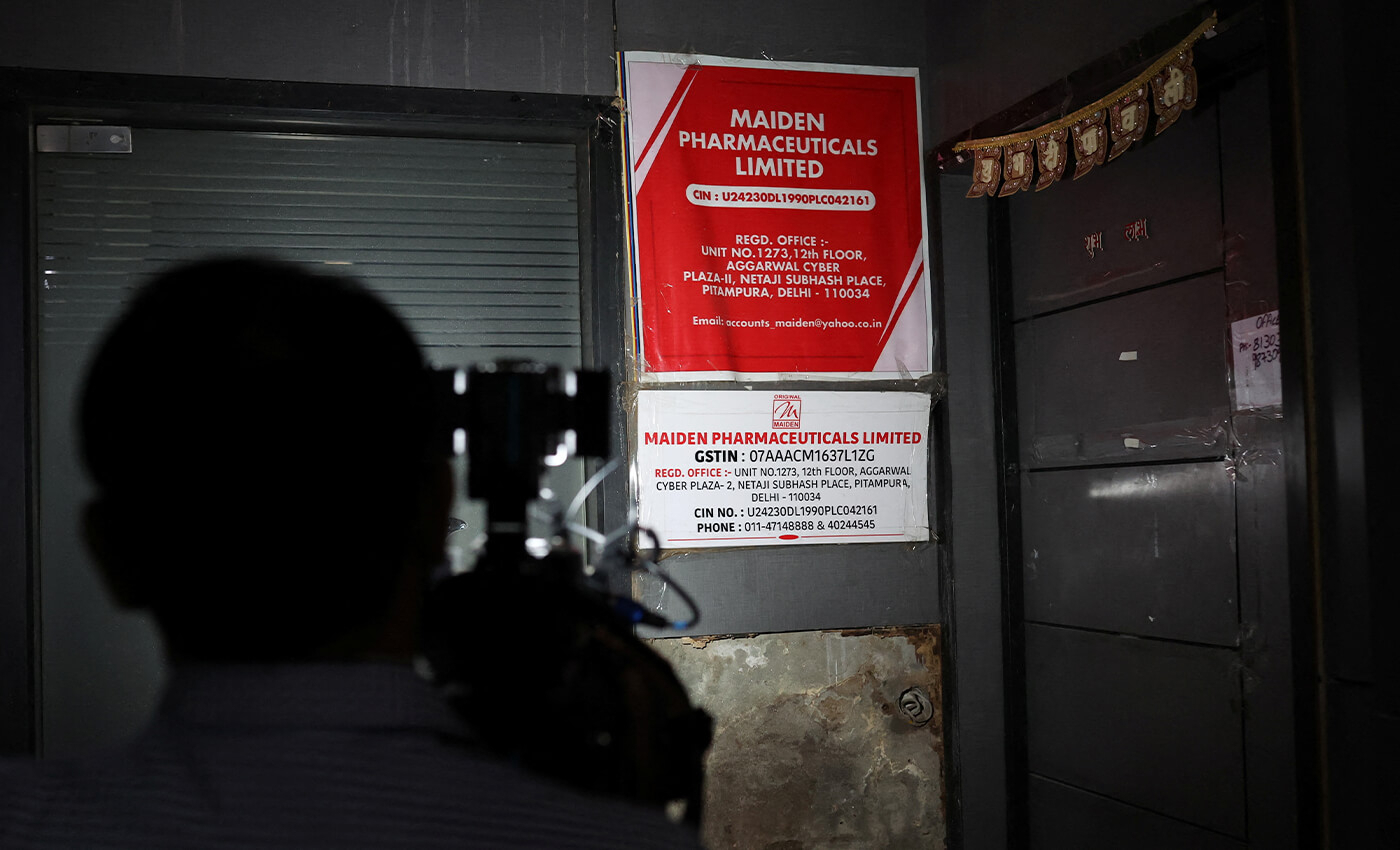 Indian Health Ministry said that Maiden cough syrups are not sold domestically in India and there are no deaths among children from syrup consumption.

World Health Organization (WHO) chief Dr. Tedros Ghebreyesus, on October 5, 2022, announced that WHO issued an alert over four cough and cold syrups made by Maiden Pharmaceuticals from India, saying that it could be linked to the deaths of 66 children in The Gambia, West Africa. It further said that contaminated medicines identified in The Gambia had been potentially linked with acute kidney injuries.

BBC News reported that The Gambia's government has suspended the use of all paracetamol syrups since then, and has urged people to use tablets instead. It also stated The Gambia’s health services director Mustapha Bittay said that the number of deaths has declined since the ban, but two more have been recorded in the past two weeks. Soon after the news broke, social media posts flooded with false and misleading reports. One such post by a Twitter user claims that 33 children died in India because of consuming Maiden Pharmaceuticals cough syrups.

There has been no deaths in India related to cough syrup consumption. The Ministry of Health and Family, and Welfare clarified that the syrups are not sold domestically in India.

On October 5, 2022, WHO issued an alert that stated that the contaminated pediatric medicines and that four substandard products identified in The Gambia were reported to WHO in September 2022, and the products failed to meet their quality standards or specifications.

According a report in The Hindu from October 6, 2022, after an initial inquiry, the Central Drugs Standard Control Organisation (CDSCO) found that the four cough syrups made by Maiden Pharmaceuticals, suspected to have caused the death of children only in The Gambia, which was exported to the West African nation. The All India Organisation of Chemists and Distributors (AIOCD) said none of the four syrups was available in India and assured the Drug Controller of India that if these drugs were in the Indian market, it would halt their supply immediately.

The Ministry of Health and Family Welfare stated that the State Drug Controller had given licenses to the company only for the export of these four drugs, and Maiden Pharmaceuticals Limited is not licensed for manufacture and sale in India and their products are not sold domestically in India.

According to Reuters, India sent samples of four cough syrups to federal laboratories, and the Drugs Controller General of India and state authorities began an inquiry. Naresh Kumar Goyal, Maiden director, said that the company had heard about the deaths only on October 6 and was trying to find out details. The report also mentioned that Maiden, which launched its operations in November 1990, manufactured and exported the syrup only to The Gambia and sells its products at home and exports to countries in Asia, Africa, and Latin America. It cites Goyal saying that they were not currently selling in India.

The Indian Health Ministry also suggests that countries that import these goods normally test them before approving their usage.

BBC quoted the WHO statement that "The four products had been identified in The Gambia, but "may have been distributed, through informal markets, to other countries or regions."

Cough syrup manufactured by Maiden Pharmaceuticals Limited is suspected of being linked to 66 children's deaths in The Gambia. WHO is investigating this matter. The Indian Health Ministry has clarified that the cough syrups under investigation are currently not being sold in India. Also, there are no recent reports of children dying due to cough syrup consumption in the country. Hence we have marked this claim as false.