Ex-Congress leader arrested for black-marketing of oxygen cylinder in Haryana. 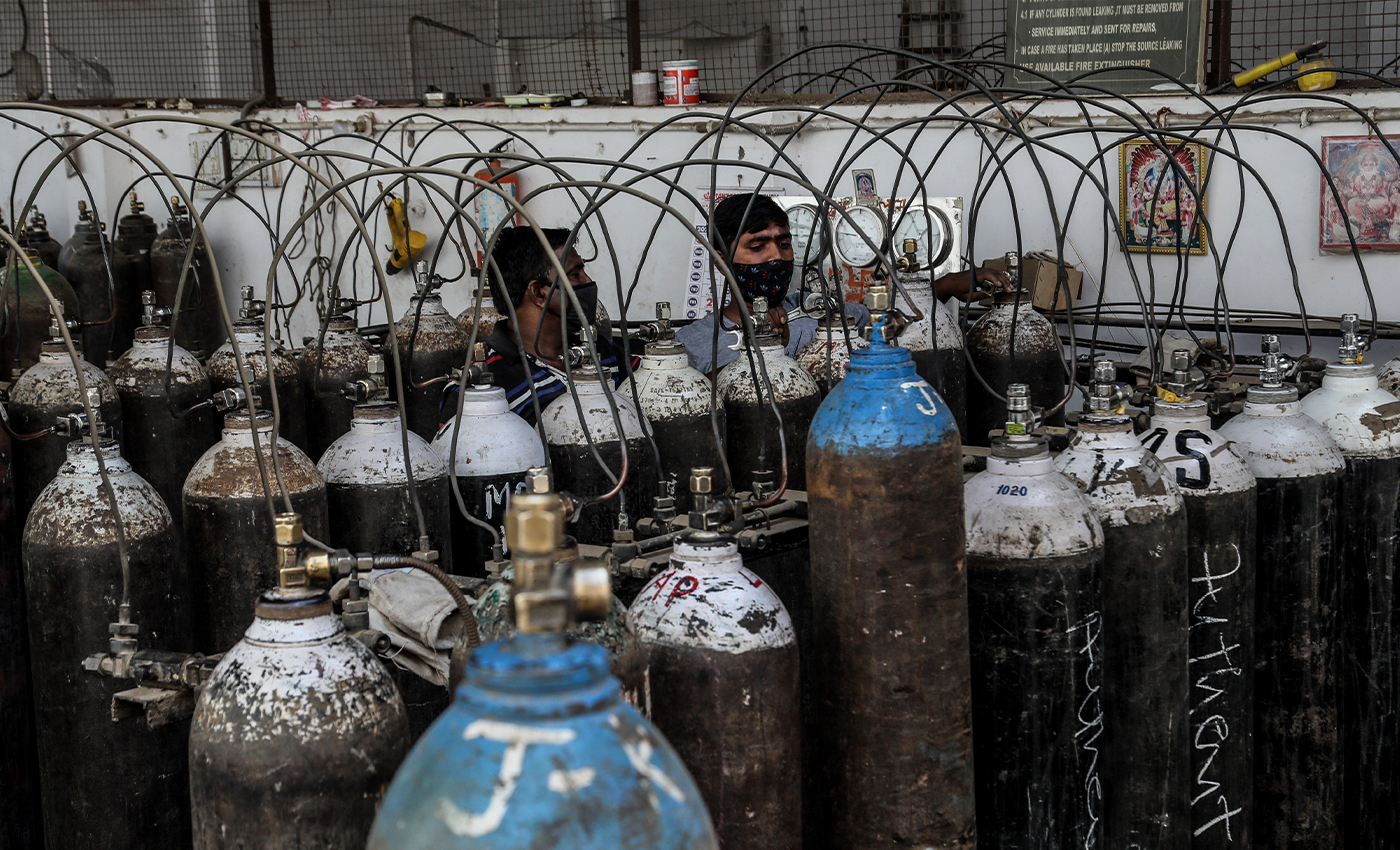 Bijender, a former Congress member, was arrested after police discovered 50 oxygen cylinders at his home and charged him for illegally selling them.

According to the Times of India report, on May 7, Haryana's Faridabad police detained Bijender Mawi, a former Congress worker who had previously run for assembly as an independent candidate for allegedly selling oxygen cylinders in the black market. In the 2014 assembly election, he ran as an independent from the Tigaon constituency. He was previously affiliated with Congress and served as chairman of the district Congress of Faridabad's sports cell.

The Faridabad police said that 50 oxygen cylinders were confiscated from his residence in the Indra Complex in Faridabad on Twitter.

In charge of the crime section in Faridabad's sector 17, Inspector Pradeep Mor said they had information about the accused selling oxygen cylinders at a high price. After getting a tip, they searched Mawi's home in Indra Complex and discovered 50 oxygen cylinders stacked in a mini truck. The 42 oxygen cylinders were empty, while the remaining eight were filled. He was selling these cylinders for between Rs 20,000 and Rs 40,000 each, according to the officer. Because he didn't have permission, he couldn't buy or sell oxygen cylinders.

In Faridabad, a complaint was filed against Bijender under sections 188 (disobedience to order duly promulgated by public servant), 420 (cheating), 120B (criminal investigation) of the Indian Penal Code, as well as sections of the Drugs and Cosmetics Act 1940, Essential Commodities Act 1955, and Disaster Management Act 2005. The cops are trying to figure out where he got these cylinders and who has previously purchased oxygen cylinders from him.