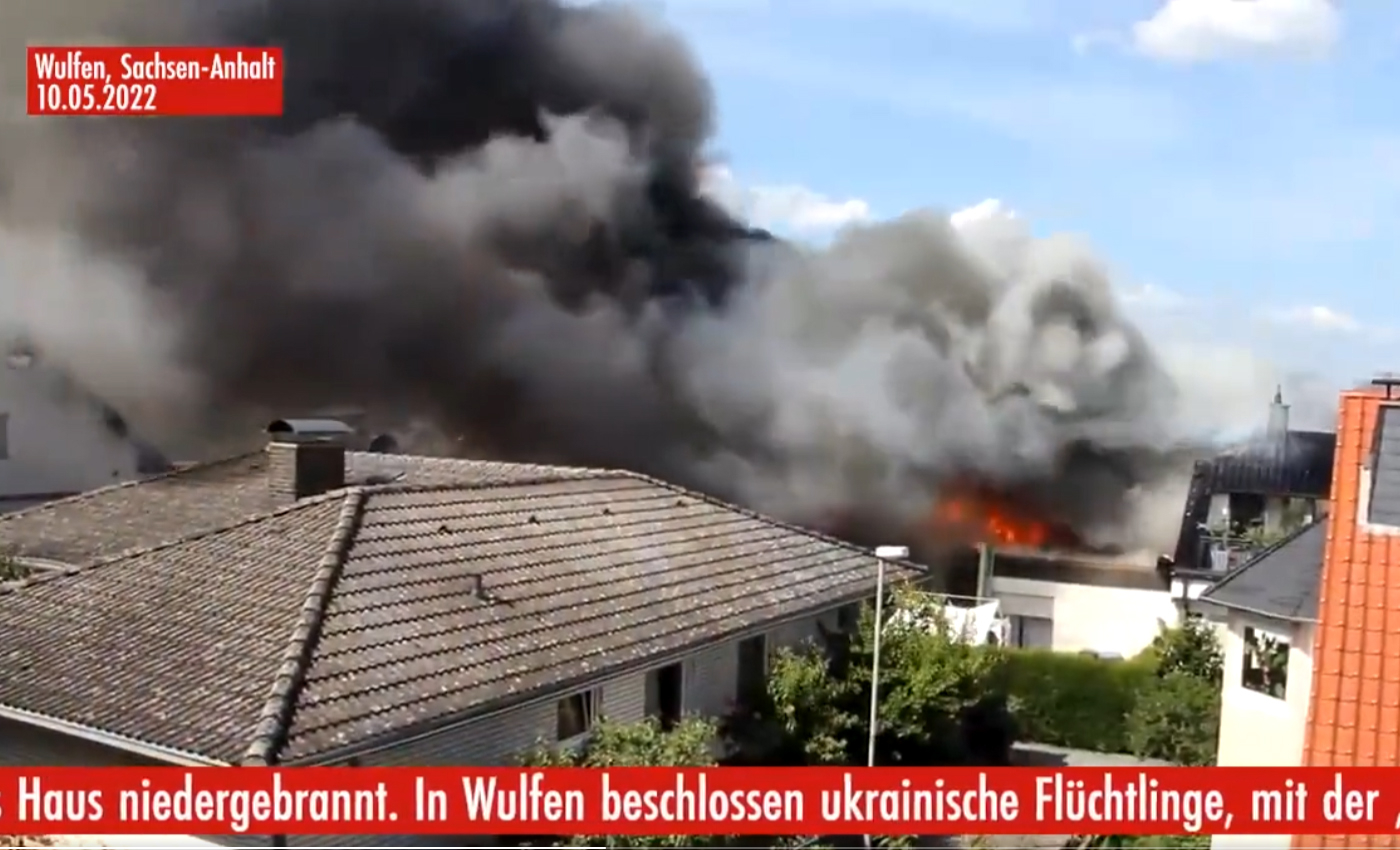 The images in the video are from two different fire incidents, one from 2013 and the other from 2021. Bild media also confirmed the claim was fake.

An image of what appears to be a screenshot of an article from the German tabloid news website “Bild" about a burning house is being circulated on social media. The caption for the image and similar videos claims that Ukrainian refugees burned down a house in Germany while trying to burn a Russian flag. There is also a video of a house fire circulating with the Bild logo on it, which allegedly took place on May 10, 2022, in the village of Wulfen in Saxony-Anhalt, Germany. A crying woman in the video is claimed to be the owner of the house. However, this claim is false.

A reverse image search of a screenshot from the video led us to an identical video on YouTube, posted on July 18, 2013. The video caption states that it is a house burning in Walluf, Hesse, Germany. The video resembles the viral image in which a rooftop, fire, and smoke are visible.

Further, we found a corresponding article dated July 19, 2013, on Wiesbaden 112, a German fire alert website. It stated that the house caught fire in the municipality of Walluf, Germany, and the fire was first seen on the newly installed roof truss when it was reported. Also, the images of the building and the surroundings shown on the website match those in the YouTube video.

Timo Lokoschat, the deputy editor-in-chief of the "Bild" newspaper, tweeted on May 17 about the screenshot in question, "The truth is: BILD never wrote this report. A complete fake." The widely shared video, in which a crying woman speaks to the interviewer, is also unrelated to the claim. The original full video dates back to January 27, 2021, uploaded on the YouTube channel NonStopNewsChannel, which refers to a fire in Osterholz-Scharmbeck, Lower Saxony. But, social media users digitally edited it by adding a recent date with the Bild logo on the top right corner to make it seem like it's recent news coverage. The video clip in question includes the woman's name in the text – Natalie Michalski – while the original video does not show any name next to her.

At the beginning of the viral video, we see a Tesla coil that allegedly starts burning a Russian flag. It includes the watermark "marek415" in the upper right corner of the viral video. This led us to a Czech Instagram account of a student named Marek Novotný at Prague Technical University. His account consists of other Tesla coil videos. Also, a YouTube channel named Astri electronics is associated with a website named uhvlab.org, which is included in Marek's Instagram profile. We found the same video uploaded on the YouTube channel on March 24, 2022, with a caption titled "Burning a Russian flag with 500,000 volts." This video clip has no connection to any house fires, and it was likely recorded in the Czech Republic.

Moreover, the videos uploaded on the official YouTube channel of Bild have the Bild logo displayed on the top left corner, not on the right. Also, the font style of the text banner at the bottom is different from the viral post. Therefore, we mark this claim as false.