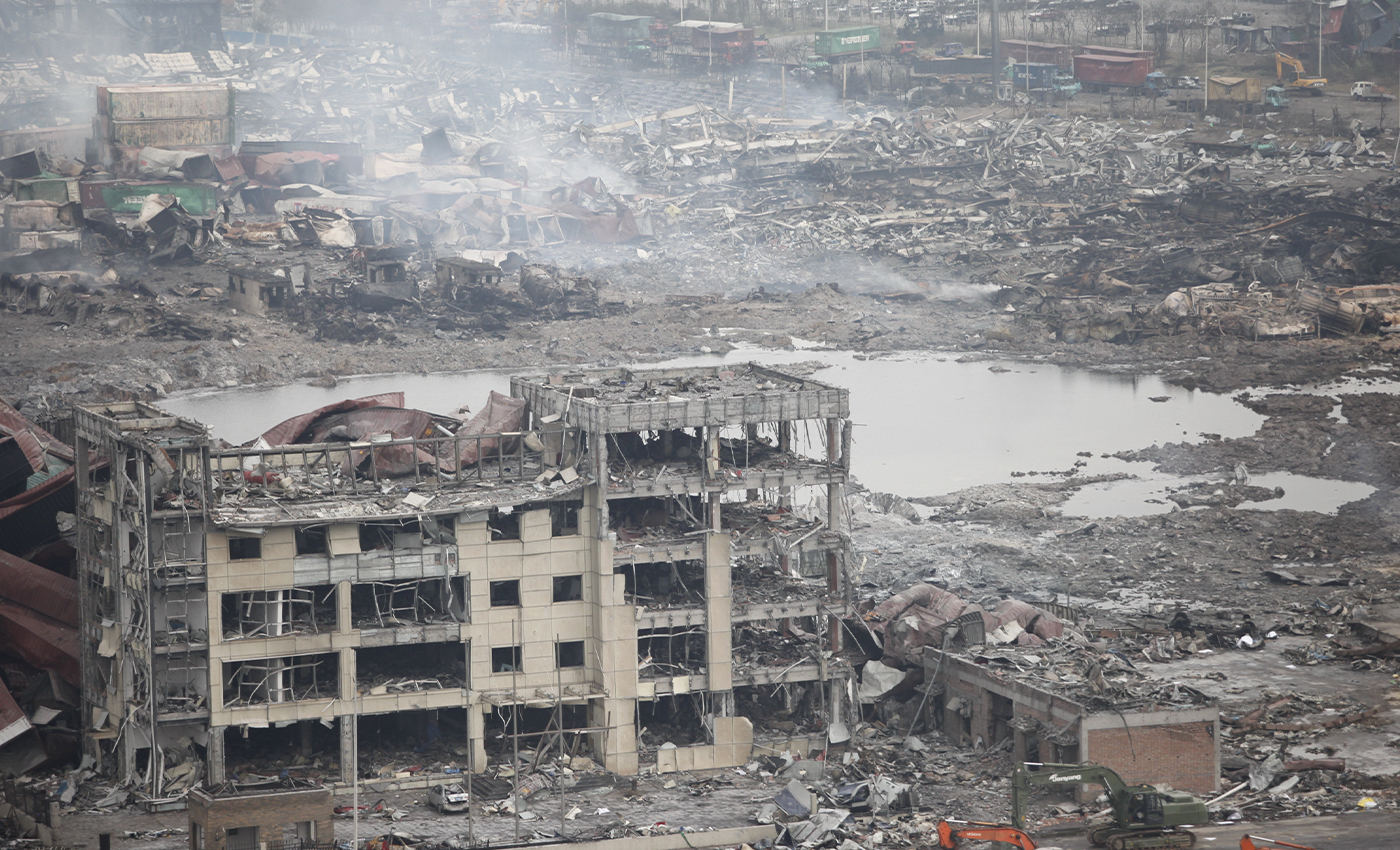 The Luhansk power plant was damaged during two days of shelling. However, this video shows an explosion in China.

On February 24, a video started circulating on social media with a claim it shows an explosion at the Luhansk power plant. The people filming the video were reacting to the explosion in English.

Though the Luhansk power plant was damaged by Russian shelling on February 23, the video shared on social media has been misattributed. It is actually a video from 2015; it shows a news report about a deadly explosion at a chemical warehouse in the northeastern Chinese city of Tianjin.

On August 12, 2015, several large explosions rocked a chemical warehouse in Tianjin, a city in northeast China. According to the Independent, "the explosion occurred after a highly flammable chemical, nitro-cotton, had been allowed to dry-out and self-ignite in its barrel, setting fire to other nearby chemicals such as ammonium nitrate."

U.S. media said at least 159 people were killed in the explosion. At about 23:30, the first explosion was followed by another more powerful blast. BBC News reported that shockwaves were felt several kilometers away. According to the New York Times, 39 firefighters were among the 114 people killed by the cataclysmic explosions that injured more than 700 people and traumatized Tianjin.

Reuters reported about a blast in the Luhansk power plant in eastern Ukraine on February 23. The company DTEK Energy clarified that the station, located near Luhansk, has been under constant shelling, with fire damaging a transformer. As of February 24, 2022, the Ukrainian-controlled part of Luhansk announced a general evacuation, CNN reported.