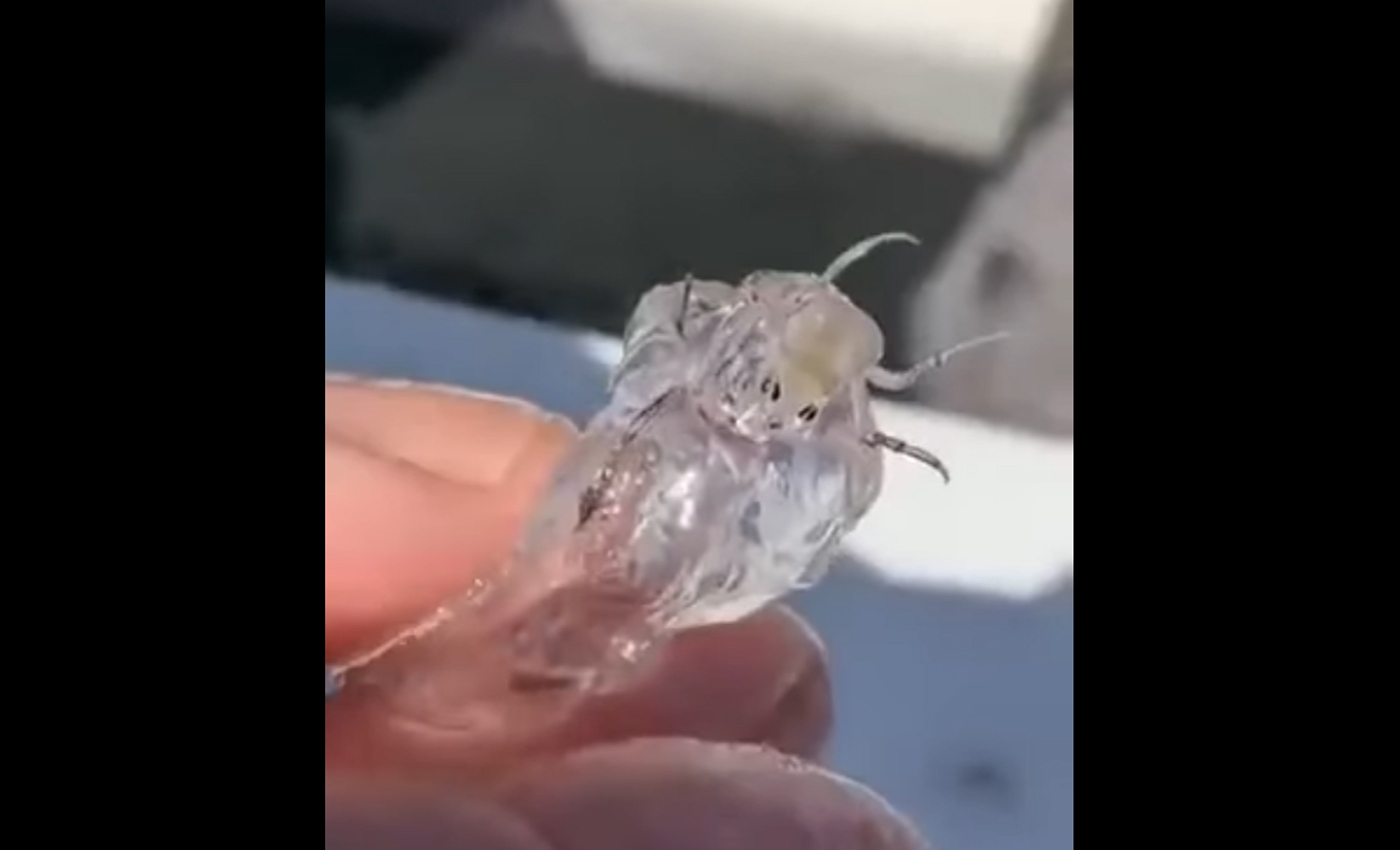 Phronima sedentaria is a crustacean that lives in the oceans around the world. It is not an alien and the video does not prove their existence.

A recent Facebook post included a video of a person holding a small transparent creature. The text in the video reads, "Tell me this is not an alien." The video has a close-up of the creature trying to move; parts of its legs and eyes are visible.

Through a reverse image search, Logically found that the creature in the video is a phronima sedentaria . According to the Monterey Bay Aquarium Research Institute, the phronima sedentaria is a shrimp-like crustacean that adapts by living inside the repurposed bodies of gelatinous animals, like salps and pyrosomes. Crustaceans are a group of invertebrate animals like crabs and shrimp that are mostly found in water. The phronima sedentaria is a hyperiid amphipod, which is a suborder of aquatic crustaceans. It has a big head, multiple jointed appendages, and sharp claws. It is four centimeters long and lives in a depth range of a approximately 600 meters from the surface of the ocean.

According to the Conservation, phronima sedentaria attack vulnerable creatures and make them their hosts. With its claws, it carves the insides of its prey and leaves an empty barrel-like structure. It then climbs inside and sails the sea from within, feeding off food and water on the go. National Geographic reports that the creature is native to the Gulf of Mexico, one of the five most diverse areas according to the new Census of Marine Life report, along with China, the Mediterranean Sea, Australia, and Japan.

Laura Baggs, a marine biologist from Duke University, told National Geographic that "the phronima sedentaria is rumored to be the inspiration for the alien queen in the movie Aliens." The phornima sedentaria in the video does not prove that the creature in the video is an alien. The video feeds into to a larger conspiracy theory about the existence of aliens.

The creature in the video has been identified as a phronima sedentaria. It is not an alien and its transparent form does not prove that aliens exist. We have marked this claim as false.