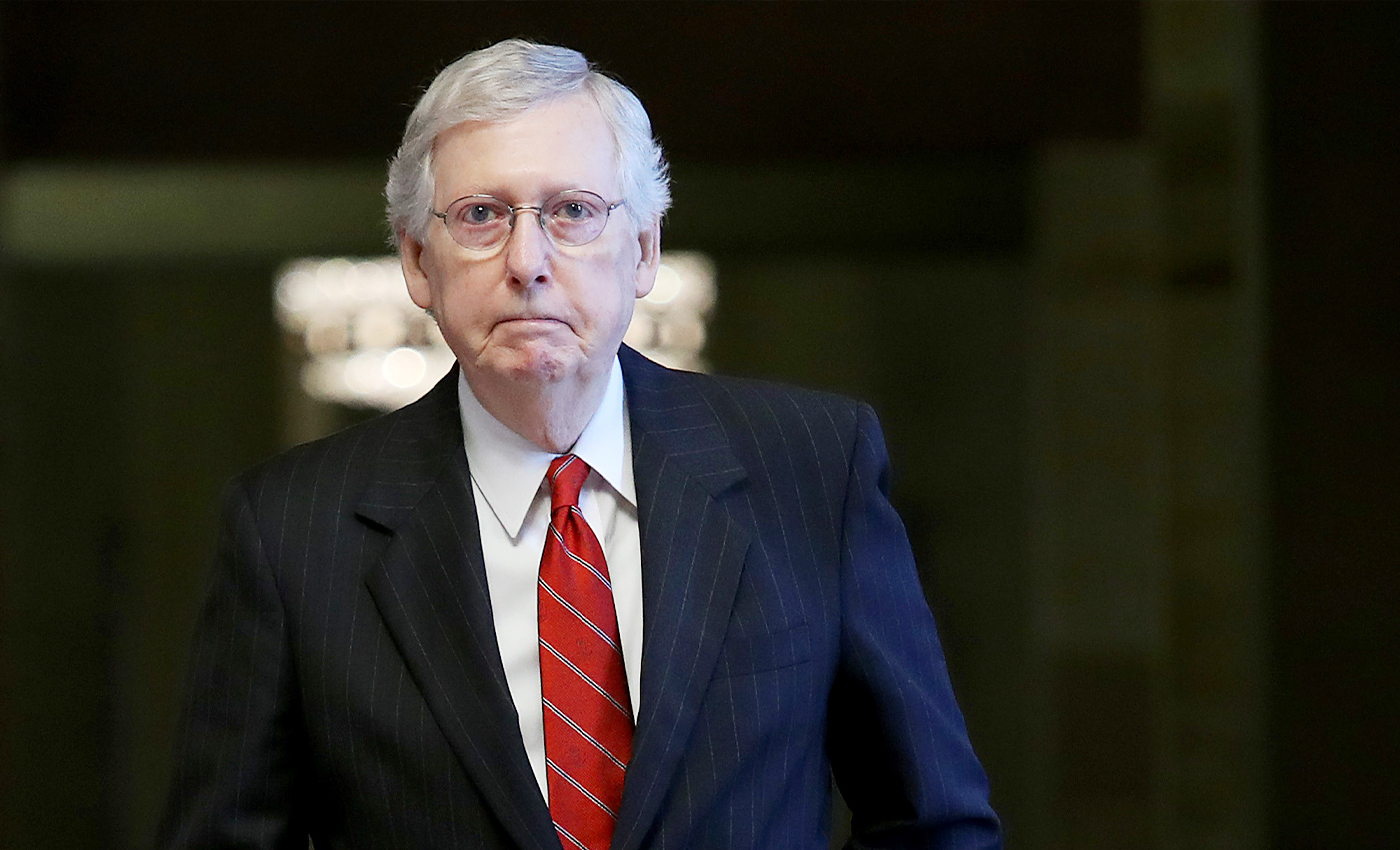 According to the Hill, Senate Minority Leader, Mitch McConnell, did not pressure Republicans to acquit former President Donald Trump.

GOP senators in the upper chamber, who had voted against Trump, have discussed their personal views about the trial, but McConnell has limited his remarks to procedural steps and the timeline.

Initially, in February, Sen. Kevin Cramer and Sen. Rob Portman told the Hill that "McConnell had not made any decision about whether to convict Trump, and he never talked about his views on the trial."

Further, it mentioned that McConnell declined to respond to whether he was open to convict the former president. The GOP leader called himself undecided and told reporters that he was waiting to hear the trial's arguments.

On February 14, 2021, Mitch McConnell said Trump was "practically and morally" responsible for Capitol's violent attack, but McConnell voted to acquit Trump, stating that the constitution does not permit the Senate to punish someone any longer in office.

He added that if Trump had still been in office, he might have considered convicting him. The vote was 57-43 in favor of conviction. 67 votes were required to convict Trump.