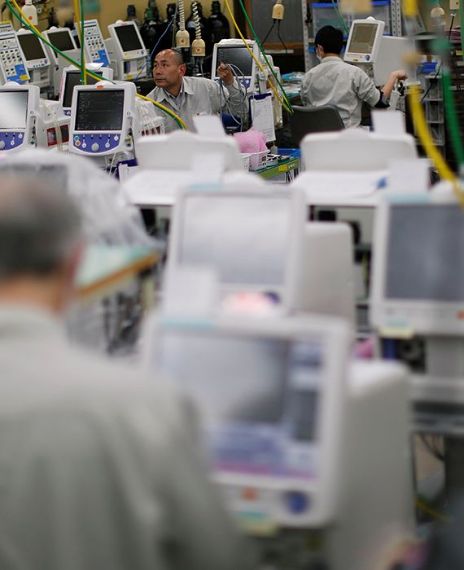 A small Japanese company called Newport Medical Instruments was contracted to deliver thousands of ventilators in 2009 but ended up delivering none.

In 2005, the Department of Health and Human Services released a report called 'HHS Pandemic: Influenza Plan.' A key item on their list of actions to take for a health care and emergency response was to assess the number of medical systems including ventilators, noting the necessity for maintaining an emergency stockpile. Subsequently, in 2008 a Japanese company called Newport Medical Instruments was contracted by the U.S government to deliver thousands of ventilators. The money was budgeted by Congress and a federal contract was signed.

However, soon after Newport Medical Instruments was bought by a multi-billion dollar company called Covidien who called off the deal and no ventilators were produced. The federal government started over with another company called Philips in 2014, whose ventilator was approved only in 2019 and whose products have not yet been delivered, thus creating a massive shortage of ventilators in the wake of the coronavirus outbreak.

Center for Diseases and Prevention

Anthony Fauci, Chief Medical Advisor to the US President, said he was "really quite agnostic" on COVID-19 vaccine patent waivers.