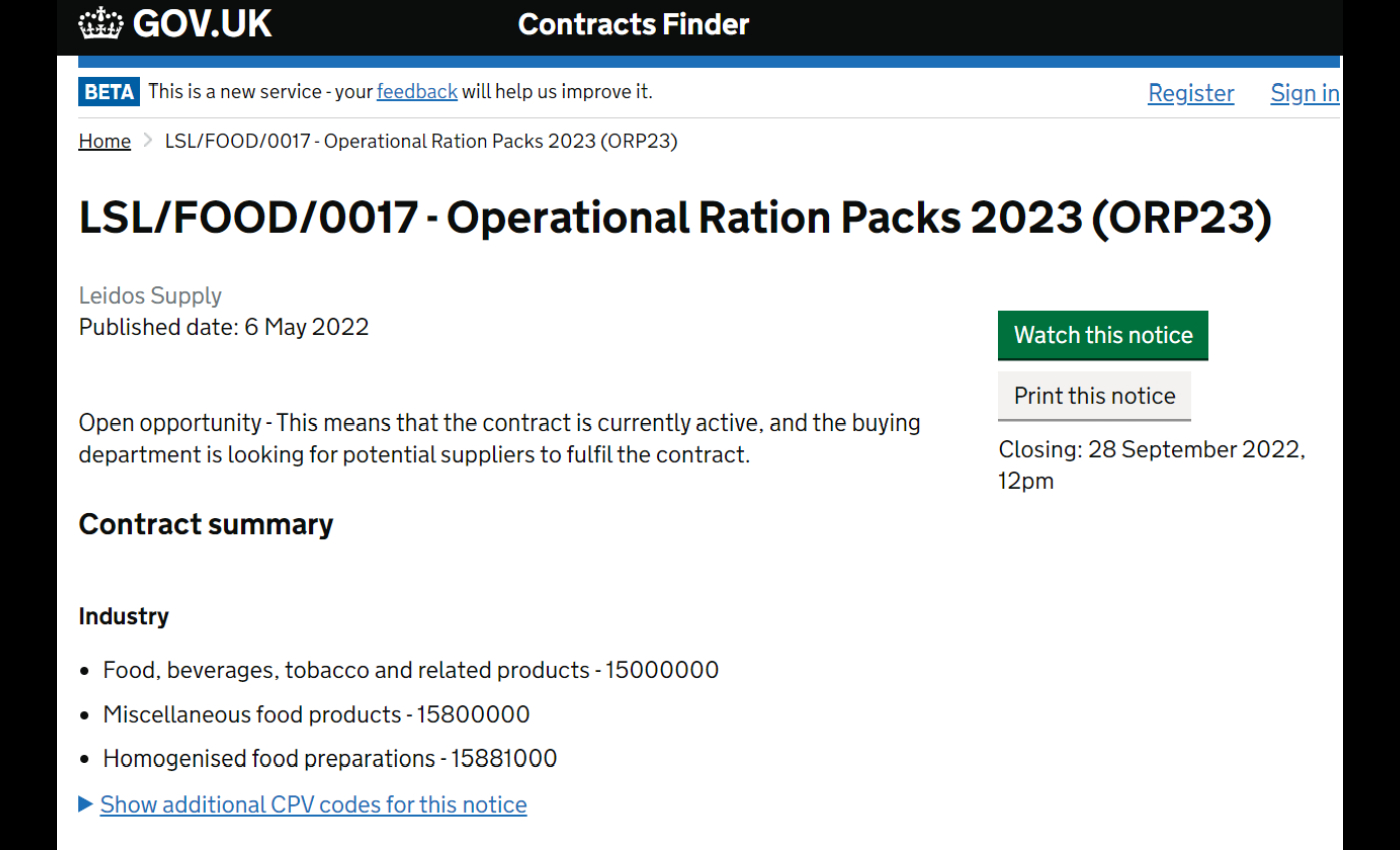 U.K. government food rations are part of a standard armed forces contract unrelated to food shortages. There is no evidence the shortages are planned.

There have been claims that a U.K. government contract for operational ration packs proves food shortages are planned. Claims show screenshots of the GOV.UK website and its contract finder, which displays a contract for ration packs, including various foods, that ends in 2030. This has caused social media users to link it to the World Economic Forum, associating it with conspiracy theories such as Agenda 2030 and the Great Reset. Further claims have suggested the U.K. government is aware that the food shortages are planned and is preparing by buying supplies.

The U.K. government has released a notice for acquiring operational ration packs; however, the contract states that these rations are for the Ministry of Defence. Reuters has previously debunked the claim that these ration packs are part of the Great Reset and planned food shortages. The fact check states that the ration packs are part of a regular contract to supply U.K. armed forces until 2030 and that it is standard practice for notices to be issued about acquiring rations, as confirmed by a Ministry of Defence spokesperson.

The Great Reset theory claims that the World Economic Forum wants to bring about economic collapse and establish a new world government; by extension, Agenda 2030 is often misrepresented as the deadline for this happening. Such theories have also been responsible for the spread of COVID-19 misinformation during the pandemic. However, claims from these conspiracy theories have been frequently debunked and marked as false by Logically and other fact-checking organizations.

This conspiracy theory has made several claims about food shortages being planned to achieve the Great Reset. Past claims state that fires in food processing facilities were planned and coordinated, but past fact checks by Logically have disproved these claims. In this instance, there is no correlation between the purchasing of rations and food shortages as they comprise part of a standard military tender.

The government contract for operational ration packs is a standard military contract providing rations to the armed forces. The contract is not in response to food shortages. Claims about the Great Reset and planned food shortages have previously been debunked and are related to known conspiracy theories. Therefore, we have marked this claim as false.