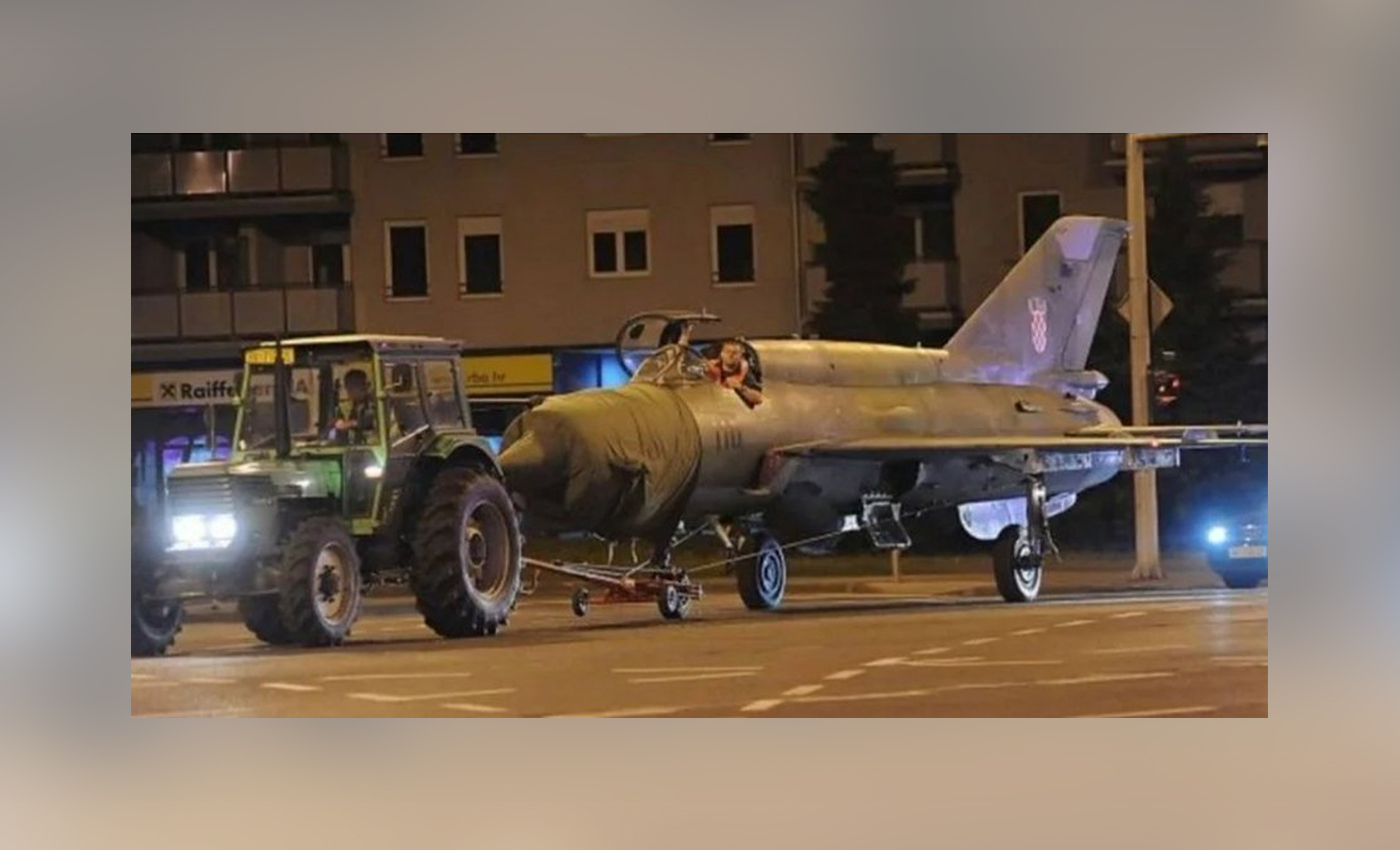 The image shows a tractor transporting an aircraft from Velika Gorica to Jarun city, Croatia. It is not linked to the recent Dutch farmers' protest.

Farmers in the Netherlands staged a nationwide protest on July 4, 2022. The purpose was to condemn the government's proposed nitrogen reduction policies, which the farmers argue would negatively impact their sector. Dutch farmers used tractors and trucks to block the supermarket distribution centres. Soon after this incident, many false and misleading narratives circulated on social media. One Twitter user shared an image of an aircraft being towed by a tractor, with the caption, "Breaking: Dutch farmers break into Dutch airforce base and take fighter jet to protest government tyranny." However, this is false. The image is of a tractor towing an aircraft from an Aviation Center, Velika Gorica, in Croatia, not from the Netherlands.

On conducting a reverse image search, we found a similar image on the Ministry of Defense of the Republic of Croatia's official website, published on May 26, 2011. The website states that in commemoration of the 20-year anniversary of the formation of the Armed Forces of the Republic of Croatia, it will exhibit a collection of weapons, combat, and non-combat equipment of the Croatian Armed Forces on May 27 and 28, 2011. It also mentions that visitors to Jarun can view the Croatian Military Gazette and get information about the projects. Hence it confirms that the image of the MIG 21 aircraft was taken while being transported from Velika Gorica to Jurina city on the occasion of the 20 anniversary of the formation of the Croatian Armed Forces.

Jutarnji list, a Croatian daily newspaper, published a similar viral image and stated that the MIG 21 aircraft was towed from Aviation Technical Center in Velika Gorica to Jarun in May 2011.

Further, Večernji list, a Croatian daily newspaper, published the image used in the viral post in its website Gallery, which affirms that the aircraft is not from a Dutch air force facility.

The image of a jet being towed is from 2011 and was taken in Croatia. It has been falsely attributed to the recent Dutch farmers' protest against the government's environmental plans. Therefore, we have marked this claim as false.

Ministry of Defense of the Republic of Croatia