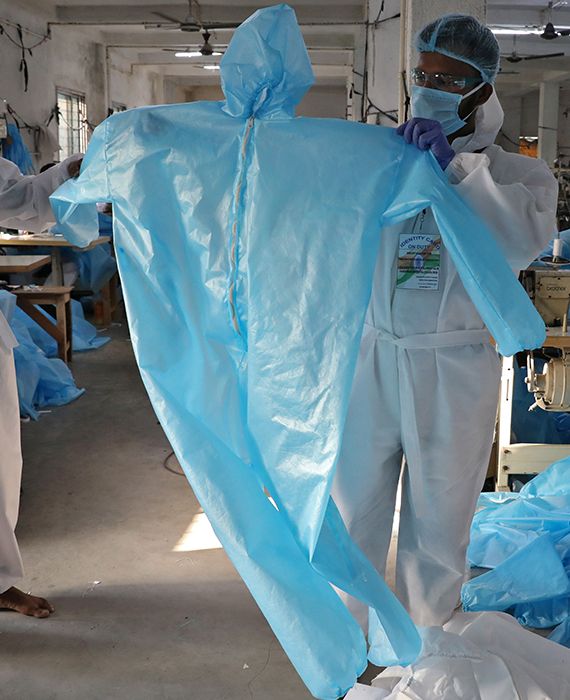 The medical clothing got damaged due to the humid environment in the storage room and those are not the clothing imported from China.

A video has been circulating in social media claiming that medical clothing sent from China to France is not in an ideal condition for use.

Pierre Pinelli general secretary of Assistance Publique-Hôpitaux de Marseille (Hospital) told '20 Minutes' that the 300 Personal Protective Equipment (PPEs) were deteriorated as it was exposed to water vapour in the room where it was stored. The 20 Minutes article also added that the press release of AP-HM reveals that Cyril Navarro Diaz who made the video public does not work for the AP-HM and the video was initially intended for a private discussion group, reserved for the staff.

Marseille health officials said that the medical clothes came from France's national stockpile after days of storage and the damage was due to the humid environment inside the room.

However, these damaged medical clothing shown in the viral video were not imported from China.

Coagulation problems are being seen with the mRNA vaccines.