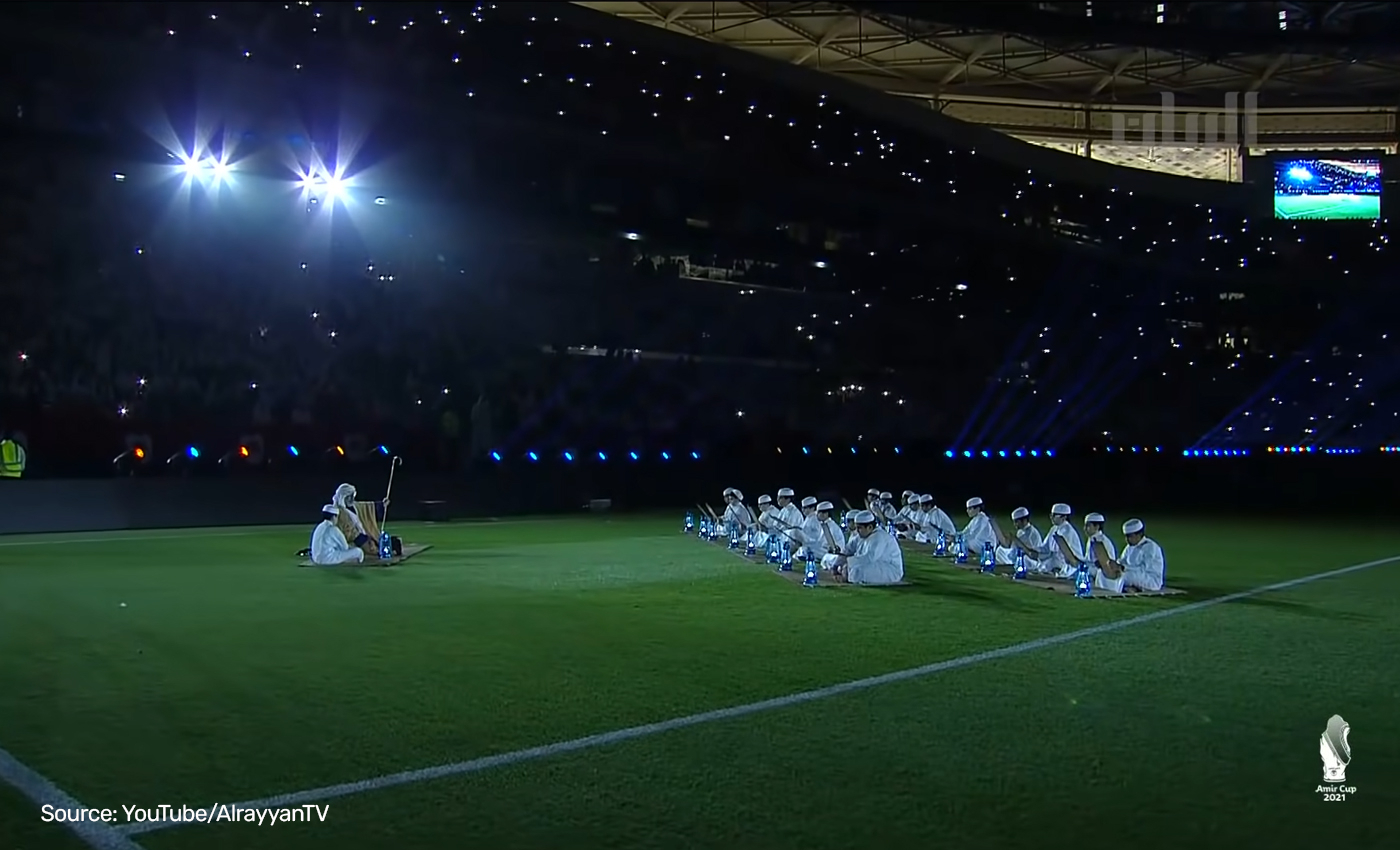 An old video of a Quran recitation by children from 2021 at the Al Thumama Stadium inauguration has been misattributed to the 2022 FIFA inauguration.

On November 20, 2022, the first-ever World Cup held in an Arab country, FIFA 2022 kicked off its footballing extravaganza with the opening ceremony at the Al Bayt Stadium in Al Khor, Qatar, followed by the first match. The opening ceremony included performances and a showcase of Qatari culture and heritage. Following this, social media spiked with posts relating to the ceremony. One such viral post shows children reciting the Quran at the inauguration with the caption Quran recitation at the FIFA 2022 opening ceremony. There are several narratives around this video; one YouTube user's description reads, "100 children attended the inauguration of the newly constructed football stadium for the beginning of FIFA World Cup 2022 by reciting a piece from the Holy Quran." However, the video is old and has been miscaptioned.

Using a reverse image, we found the video dates back to 2021. A Qatar-based news reporter Doha News, tweeted the viral video on October 24, 2021, with the caption incorporating the Islamic Culture, "Children were seen reciting verses on ‘mercy’ from the Quran." They added this was at the inauguration of the Al Thumama stadium.

Al Rayyan Tv also published a viral video on its YouTube page on October 22, 2021, showing the children reciting the Quran and captioning it as "The official inauguration ceremony of Al Thumama World Cup Stadium."

On October 23, 2021, FIFA Qatar 2022 official website published a report on the completion of the Al Thumama Stadium. On October 22, 2021, Qatar unveiled the stadium and hosted the Amir Cup Final. It explains the stadium is "designed to resemble the ‘gahfiya’ head cap worn by men and boys across the Arab world." In the report, we can see a tweet by Road to 2022, the Official account for Qatar's FIFA World Cup 2022, showing a glimpse of the celebration at the stadium before the match kicked off.

Doha News, on November 21, 2022, published a video on YouTube from the FIFA opening ceremony with the caption, "Qatar World Cup crystallized with Quran verse on unity." The video shows American actor Morgan Freeman joining Qatari YouTuber and philanthropist Ghanim Al Muftah for a narration. The description follows; "the inspirational segment served as a window into Qatar's culture and heritage." It adds both united in delivering a "powerful message of unity using verses from the Holy Quran."

Fox Sports Australia reported on the event and stated, "American actor Freeman was a shock appearance on stage alongside Qatari YouTube star Ghanim al-Muftah, who read from the Quran."

FIFA published an article with images and videos on the "Spectacular opening ceremony" on November 20, 2022. It mentioned all the events and acknowledged the presence of special guests, which included Ghanim Al Muftah. It stated, "the ceremony showcased Qatari culture and heritage while highlighting football’s ability to unite people from different countries and cultures." The performers included Jung Kook from Korean supergroup BTS, Narrator Morgan Freeman, and other special guests Dana and Fahad Al Kubaisi.

The FIFA 2022 opening ceremony was held at the Al Bayt Stadium, not at the Al Thumama Stadium. The viral video dates back to 2021. Therefore we have marked the claim as false.