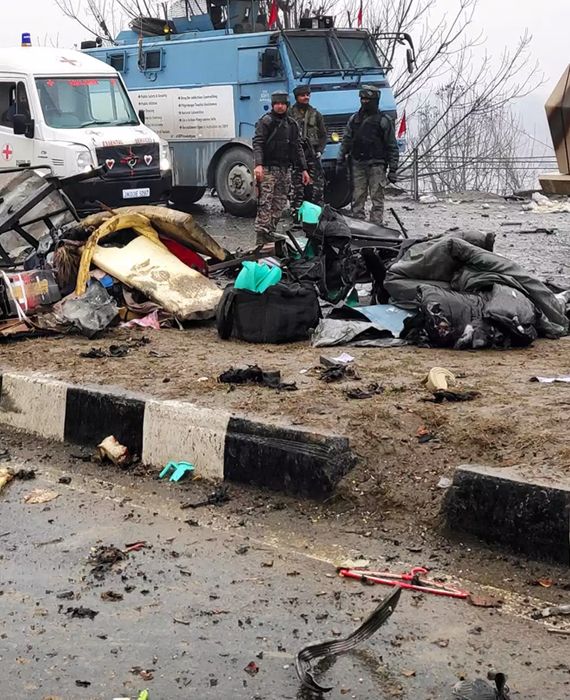 The official press releases by the Indian Ministry of External Affairs refutes this claim.

Forty Central Reserve Police Force (CRPF) personnel were killed in the terrorist suicide bomb attack at Lethpora in the Pulwama district of Jammu and Kashmir on 14 February 2019. The attack is attributed to the Pakistani terrorist group known as Jaish-e-Mohammed by the Government of India. A statement released by the Ministry of External Affairs refutes the the claim that Indian political parties' were involved in the attack and was a calculative strategy to win the 2019 General Election.