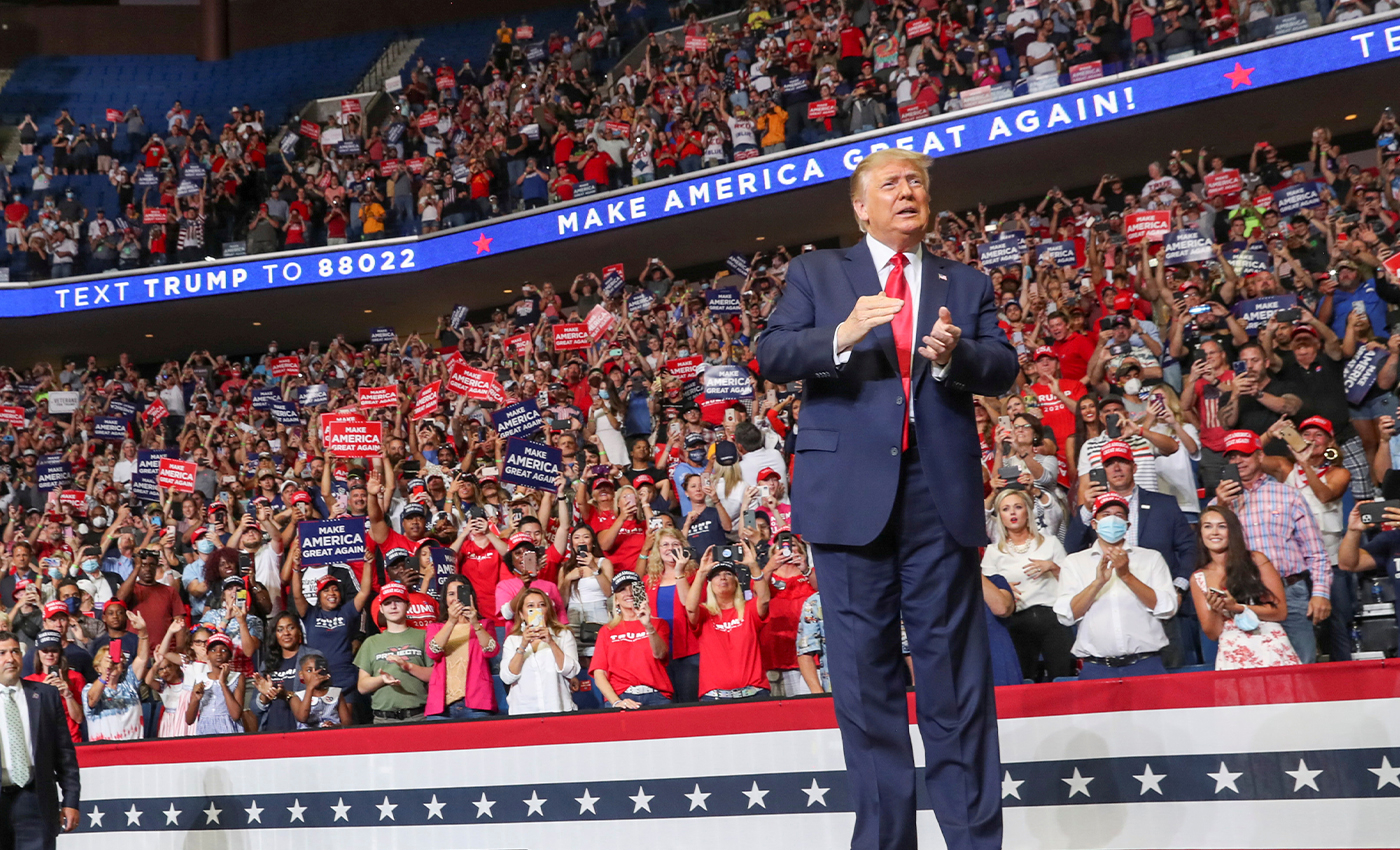 The Trump administration has repeatedly claimed that 2.2 million lives would have been lost from COVID-19. The figure being quoted is likely from a report posted in March from Imperial College scholars who had projected a total of 2.2 million Americans could die from COVID-19 if no preventative measures were installed. The report did not look into what would happen if the government did not take any action against the virus rather what would happen "in the (unlikely) absence of any control measures or spontaneous changes in individual behavior."

President Donald Trump in the townhall on Oct. 15 continued to boast about his administration's measures to curb the spread of the coronavirus, despite the death toll crossing 217,000. When COVID-19 cases started spreading across the U.S., Trump had left restrictions up to state governors and for months pushed them to be lifted. He also took credit for implementing a partial travel ban that prevented most travel from China to the U.S. But by the time the ban went into effect, the virus had already begun spreading rapidly in the U.S., especially in California and New York, according to the Wall Street Journal.

If the United States had begun imposing social distancing measures one week earlier than it did in March, about 36,000 fewer people would have died in the coronavirus outbreak, reported the New York Times in May 2020. Trump ignored repeated calls for imposing a nationwide lockdown in early March. Moreover, to date, Trump has not issued a national mandate for wearing masks despite repeated calls from the scientific community. He even went on to say that COVID-19 is a hoax created by China. Trump also said that the virus was created in a lab in Wuhan.