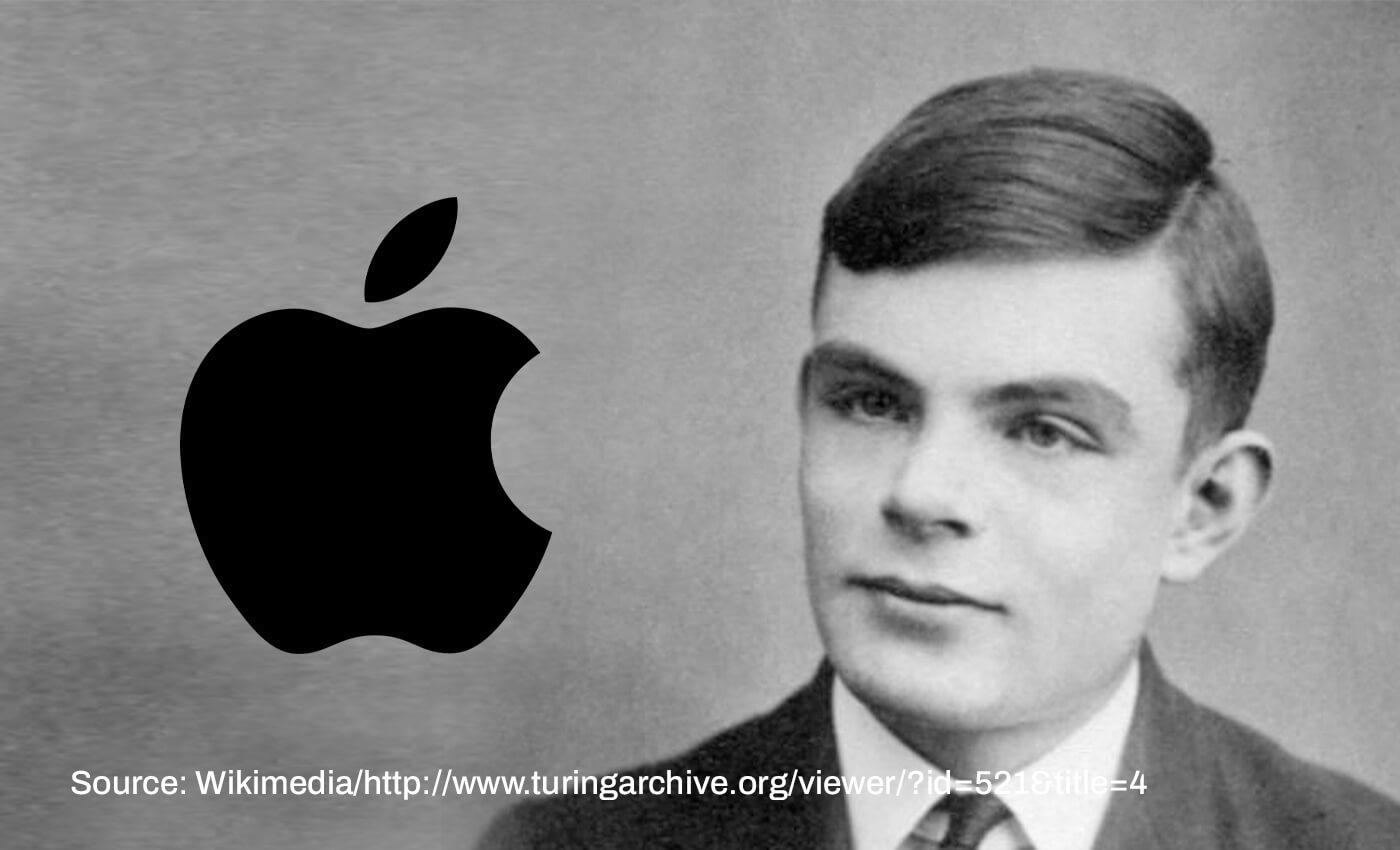 There is no link between the Apple logo and Alan Turing's death. The logo designer called it an "urban legend".

A claim making rounds on Facebook states that British mathematician Alan Turing took his own life after eating an apple laced with cyanide, adding that he is the inspiration behind the American technology firm Apple Inc.'s logo. The post further reads that Turing took his own life because the "British government chemically castrated him, humiliated him, and prosecuted him for being gay." The post again started making rounds in June 2022 during pride month. It has been shared over 7,000 times and has been liked by 5,800 accounts.

According to BBC News, in 2012, Turing expert Professor Jack Copeland questioned the evidence used to establish a suicide verdict in Turing's case, adding that it could also have been an accident. "(His) housekeeper found the 41-year-old mathematician dead in his bed, with a half-eaten apple on his bedside table," the report adds.

However, the claims about Turing's death being the inspiration behind the famous Apple logo are false.

There are several theories about the logic of the Apple logo. CNN reported that some claims include the apple "representing knowledge, as in the biblical story of Adam and Eve, or referencing the falling fruit that led Sir Isaac Newton to the concept of gravity".

However, while speaking to Creative Bits in 2009, Rob Janoff, the designer of the Apple logo, dismissed the Newton theory or links to the Turing story, adding that he was unaware of these stories at the time. "I'm afraid it didn't have a thing to do with it. It's a wonderful urban legend," Janoff said. Adding that he received "no specific brief from Steve Jobs," and although he was hazy about how he settled on the simple outline of an apple, the reason for the bite is crystal clear: "it's there for scale so that a small Apple logo still looks like an apple and not a cherry." The report adds that "it wasn't long before Janoff discovered the first happy coincidence of his design when a colleague told him that "bytes" were the foundation stones of computing."

Some people have also pointed out the old Apple logo, which was multicolored. However, an I News report says, "founder Steve Jobs had simply liked that the colors made the logo stand out."

According to The New York Times, Turing was responsible for breaking the Nazi Enigma code during World War II, saving millions of lives. In 1953, he was arrested for "gross indecency" after a brief relationship with another man. "He was sentenced — as an alternative to prison — to chemical castration by a series of injections of female hormones," the report states. In 2009, Prime Minister Gordon Brown formally apologized to Turing, calling his treatment "horrifying" and "utterly unfair." He received a posthumous Royal pardon in December 2013. The pardon came into effect on December 24, 2013.

Though several facts about Turing's death are correct in the post, there is no truth in the links drawn between his death and the Apple logo. Therefore, we have marked the claim as false.