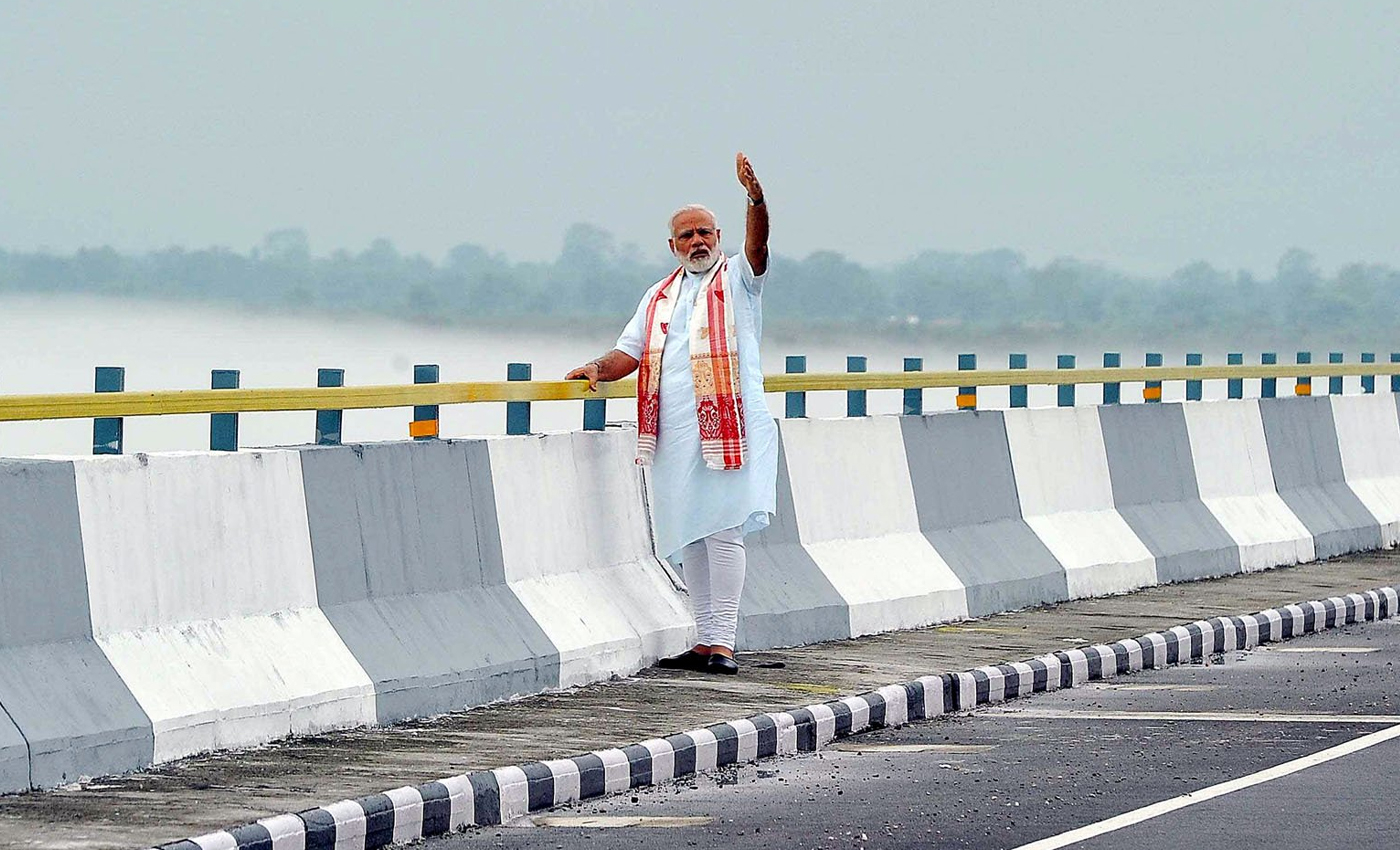 Images of a Fehmarnbelt project have been falsely shared as an underwater tunnel built under Brahmaputra, along with old photos of PM Modi from 2017.

The first viral photo is a mock-up of an under-construction underwater tunnel of the Fehmarnbelt, to create a fixed link between Denmark and Germany. The image was published in 2017 by the Ramboll-Arup-TEC consortium, principal adviser for the design and planning of the fixed link. Furthermore, the picture of Prime Minister Modi on the bridge was taken during the opening of India's most famous and longest bridge, Bhupen Hazarika, in Assam in 2017. The third image is a concept image of a proposed underwater floating tunnel in Norway. All three images are unrelated.

Moreover, India's first underwater road-rail tunnel across the Brahmaputra is still in the works. The strategic move was planned and assigned to the Border Road Organisation (BRO). The proposed project will be 9.8 kilometers long, running between Panchigaon and the Kaliabor Tea Estate, under project Vartak in Assam, according to a document released by the BRO.

Unrelated images to the rail-cum-highway under-river tunnel project across the Brahmaputra in Assam are being shared on social media. Also, PM Modi's pictures that have been linked to the tunnel image are old and from a different event in 2017. Hence, we mark this claim false.