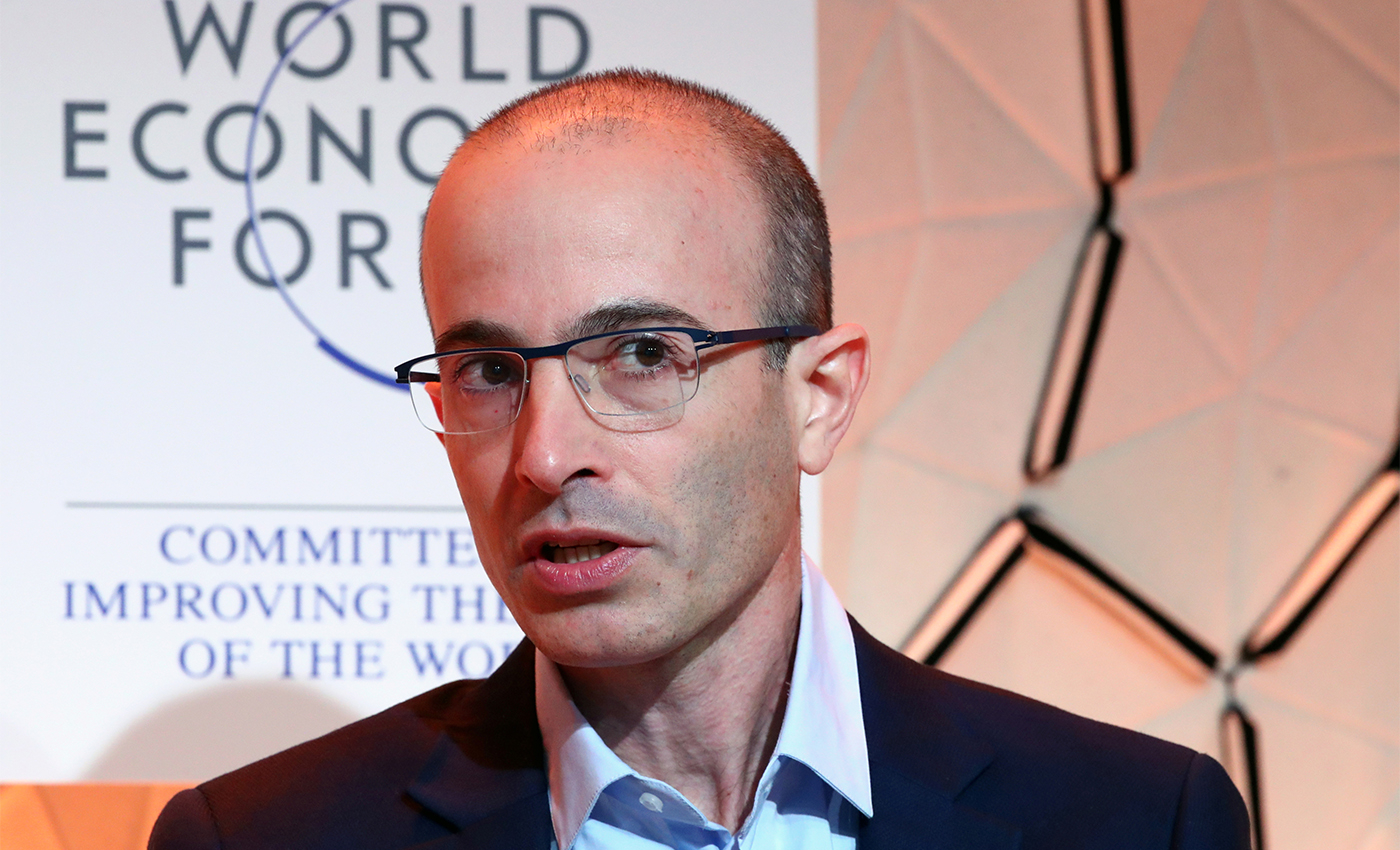 Harari's comments have been edited and misrepresented. He is actually warning against a world being controlled by elites.

Through deceptive editing, Dr. Yuval Noah Harari, a speaker at the 2018 World Economic Forum at Davos, appears as if he is advocating for controlling the world population through “organism hacking.” In reality, the speech warns that today's computing power combined with increased knowledge of biology could lead to a future of data-driven digital dictatorships. It is clear in the unedited speech that Harari is not advocating for such a future. YouTube comedian and conspiracy theorist JP Sears recently posted a video to his channel called “Is Klaus Schwab the Most Dangerous Man in the World?” He alleges that Schwab and the World Economic Forum created the COVID-19 pandemic. Excerpts from this video have been shared on social media. Early in the video, Sears highlights the appearance of Dr. Yuval Noah Harari, an Israeli historian who has written books on his views of humanity's future. In the segment, Sears presents Harari as a "reptile” who lays out a plan to dominate the population through "organism hacking" by including clips drawn primarily from a 2018 speech Harari made at Davos. Throughout the segment, Sears attributes to Harari a desire to control the world that is not present in the full context of his actual remarks. Harari's speech lays out his ideas around the joint "revolutions” of information technology and biotechnology and their current and future potential to shape human life. Harari proposes that whoever controls data will control the future and explicitly warns that "if we are not careful, the outcome [of these technological revolutions] might be the rise of digital dictatorships." Sears takes Harari's words out of context to make it appear as if he is supportive of such a future and a part of the "elite." Harari's next point is that elites in the future may gain the power to “hack” human beings themselves. By this, Harari means that computing power will increase so dramatically that our wants and desires will be predicted and possibly even programmed by those with access to our data. Harari also speculates that technological advances could lead to new inorganic life forms. “This is why data ownership is so important,” Harari says. “If we don’t regulate it, a tiny elite may come to control not just the future of human societies, but the shape of life forms in the future.” Sears twists Harari’s sentiment to allege that the globalist elites have begun “playing God'' with human life and plan to “hack” all the people on the planet. Where Harari uses the general “we” to describe how humans are increasing their technological understanding, Sears frames the clips he uses to make it appear as if Harari is using “we” to mean the World Economic Forum or the globalist elites, and as if this speech is an admission of their sinister plans rather than a description the state of play in information and biotechnology and a warning against future abuses. Harari points out the difficulty of regulating data compared to land or machinery because of its omnipresence and replicability and raises questions about who owns personal data such as DNA. He questions both corporate and government control over data as possible outcomes. Harari explicitly warns against handing over too much power to politicians and governments, a statement many conspiracy theorists would agree with while conceding that he believes that the discussion about who should own the future data is without an answer and must begin today. He calls upon scientists, philosophers, lawyers, and poets to pay attention to how data should be regulated, with the future of life on Earth at stake. The World Economic Forum held annually in Davos, Switzerland, is a fixation for conspiracy theorists. Many view founder Klaus Schwab as a malevolent puppet master orchestrating world events, most recently with the proposal for a worldwide "Great Reset.” The vaguely-worded proposals of how the world may change after the pandemic set off an online firestorm of conspiracy theories after the announcement in June 2020, with many alleging that it was a plan to take over the world through lockdown measures in response to COVID-19. Conspiracy theorists consider Schwab and the WEF to be behind a plan to create a one-world government, as reported by the BBC. Sears, who rose to fame satirizing liberals and New Age adherents, is a proponent of the Great Reset conspiracy theory and is considered part of the “conspirituality” movement of misinformation spreaders online, which marries New Age interests and practices with conspiracy theories. Harari's speech makes predictions and warnings about possible futures and does not advocate for a world controlled by elites. Sears mischaracterizes these statements through misleading editing and commentary to make Harari and the World Economic Forum out to be malevolent would-be rulers of the world.

Office for Science and Society