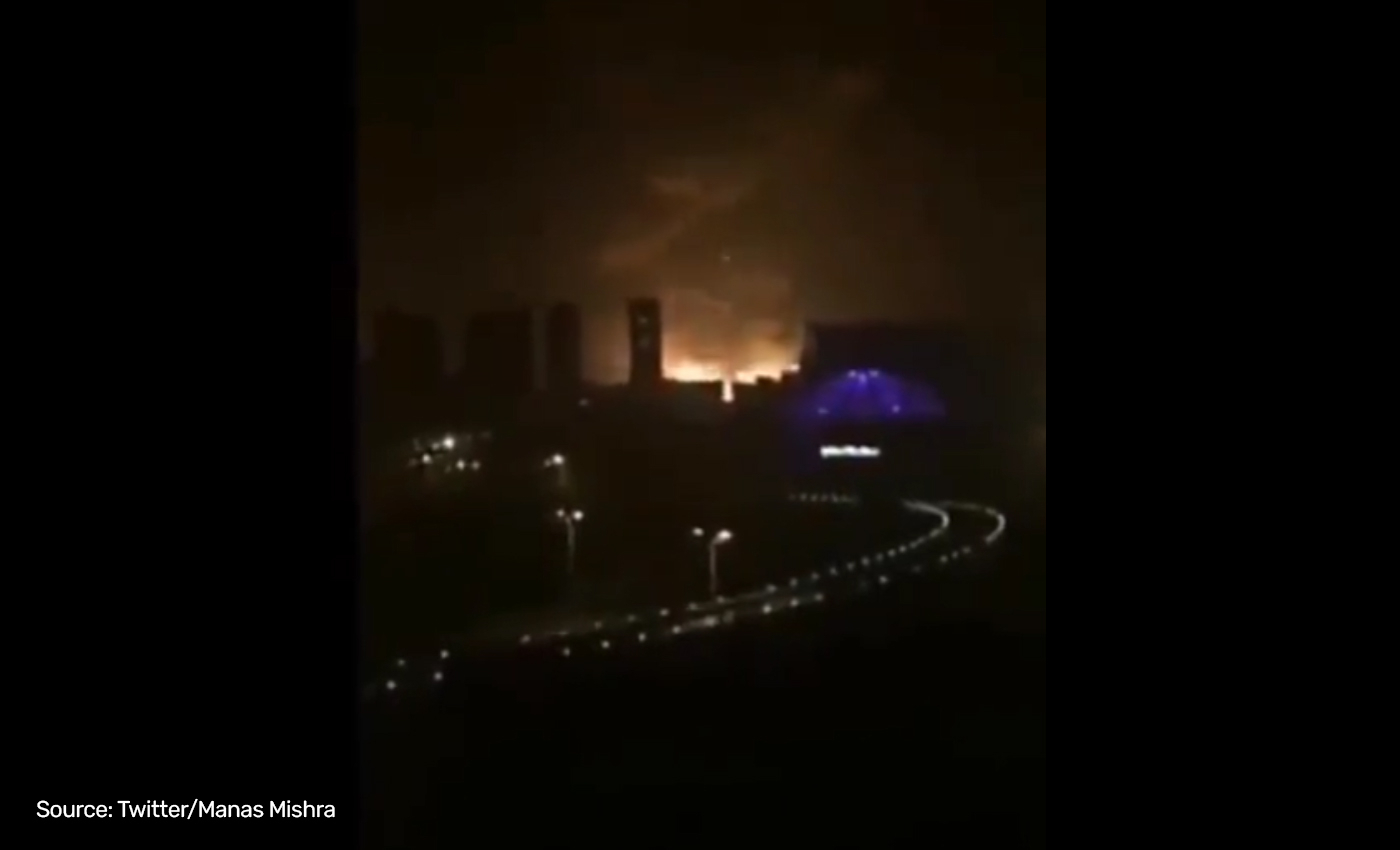 An old video of an explosion in Tianjin was misinterpreted as a blast that occurred during an alleged military coup in China.

Social media platforms and even some news outlets have been flooded with misinformation and rumors of a military coup against Chinese President Xi Jinping who is seeking a third term for the country’s top post. A video is being shared on social media claiming it was an explosion in Beijing during an alleged coup in China against Xi Jinping. One of the posts read, "#Beijing Footage of big explosions coming from #Beijing during the China coup against Xi Jinping? The video that is going viral on social media is true, can anyone tell?" Users are claiming that the viral video was shot recently during the alleged coup.

We ran a few reverse image searches on the video keyframes. We found that the video is from a chemical explosion that took place in Tianjin in 2015. According to a BBC article dated August 13, 2015, a series of explosions in the Chinese port city of Tianjin claimed several lives and tore up the city.

Many residents of Tianjin city had shared the images and videos of the explosion on social media platforms. One of the residents described it by saying, "There were three explosions, it was like the end of the world." It also reported that some people offered shelter to the persons who were affected by the explosion.

The viral video was originally uploaded on the Hong Kong Free Press YouTube channel on August 16, 2015. The description of the video reads, “First-hand footage of the blasts in Tianjin's Binhai New Area on August 12, 2015."

One video of the explosion was uploaded on BBC YouTube on August 15, 2015, titled - "Tianjin explosion video captures fear of eyewitnesses." This video of an explosion in the Chinese port city was taken from a different angle.

CNBC reported this incident on August 13, 2015, and published a few visuals of this explosion from different angles. Around 0:19 seconds, we can see the same visuals of the explosion depicted in the video in question. This video was shared as a blast in Beijing during a coup against Xi Jinping, which is false. The CNBC report stated that the series of explosions started in Binhai New Area at about 11.30 pm local time. This incident was reported as China's worst industrial disaster in years.

Reporting on the final death from the incident, The Guardian published a story on September 12, 2015, along with a video on its website. In a detailed article, the UK-based news organization reported that the successive massive explosions took 173 lives. The blast in the Ruihai International Logistics warehouses caused much devastation as the warehouses were closer to homes than permitted. Reports suggested that the presence of hazardous material more than the authorized limit, including 700 tonnes of highly toxic sodium cyanide, led to the explosions.

The rumors of the military coup in China began on September 24, 2022. Rumors such as Xi Jinping have been removed from the People's Liberation Army (PLA) Chief post, and he has been on house arrest are doing rounds on social media. However, the Chinese ruling party or any stated controlled media haven't given any official statement on this matter. Global political analysts and journalists around the world suggested that it's unlikely that a military coup will happen in China since the People's Liberation Army comes under the Central Military Commission (CMC), Times of India reports. Quoting Indian columnist Aadil Brar, LiveMint reported that the Chinese President is probably under quarantine following his return from Uzbekistan where he was to attend a meeting of the Shanghai Cooperation Organization.

A video of an explosion in Tianjin in 2015 was falsely shared as a recent military coup in China. Hence, we have marked this claim as false.