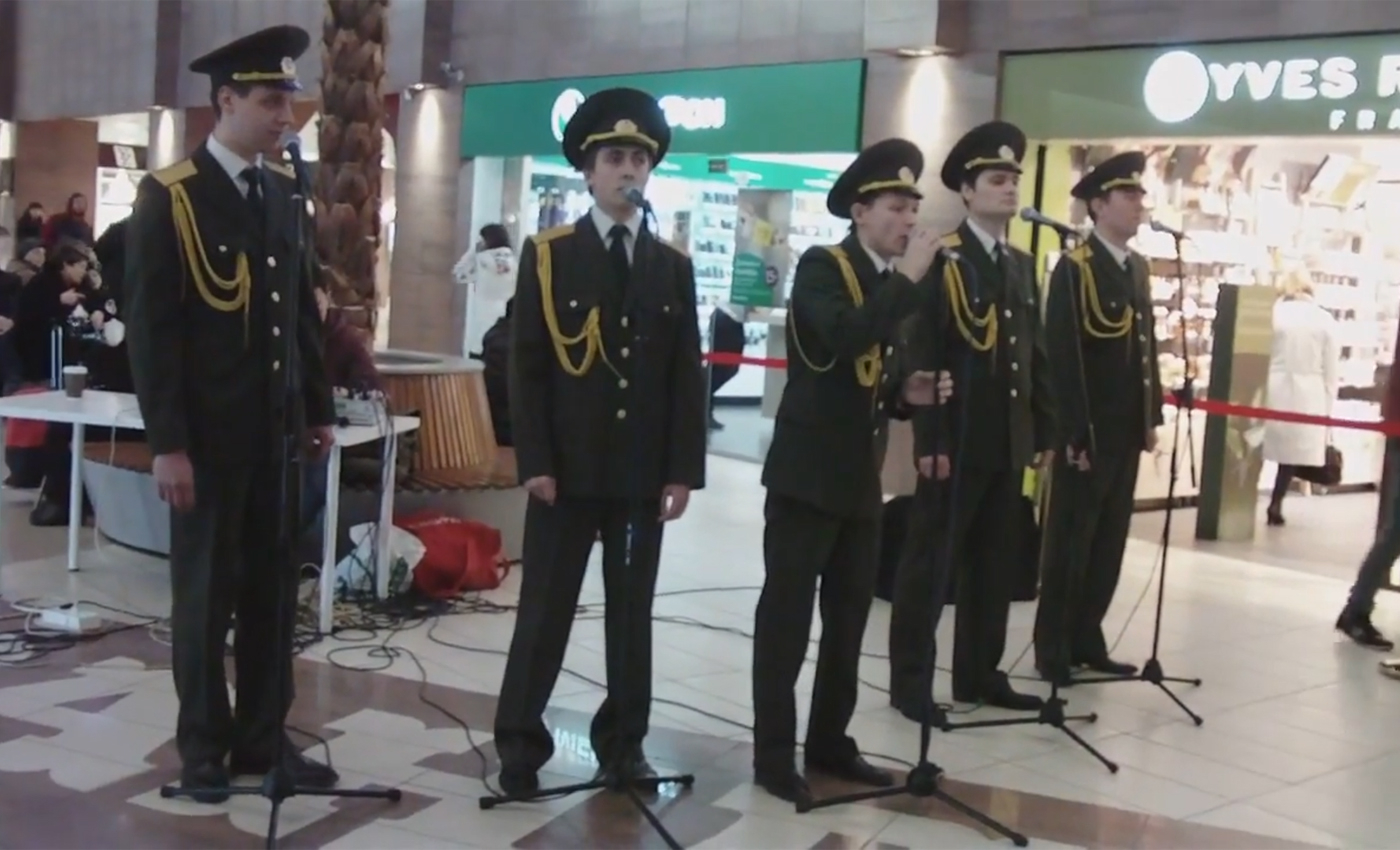 A 2015 video of a publicity stunt regarding a James Bond movie has been incorrectly misattributed to the Russia-Ukraine war narrative.

A 25-second video clip is being circulated on Facebook and other social media platforms, showing a group of singers wearing what appear to be Russian uniforms being arrested by fully masked security personnel. The caption of the video claims that a Russian military choir was arrested at a Saint Petersburg mall for singing a song about peace amid the invasion of Ukraine in 2022. However, it is false because the video dates back to 2015.

By conducting a reverse image search of the video frames, we found an identical video with a duration of over 5 minutes uploaded to YouTube in November 2015, with a caption that translates to "attack on the Russian Army Choir performing a song from the new James Bond film."

According to an article published by the Russian news website RT on November 6, 2015, the arrest was actually a marketing campaign in a shopping center in Saint Petersburg for the premiere of Spectre, a James Bond film that was released that year. The people in the video were singing a song called "Writing's On The Wall" from the James Bond movie "Spectre." The article does not specify the name of the choir or its members.

Komsomolskaya Pravda, a daily Russian tabloid newspaper, further reported that the choir's band director had organized a dummy security force for the stunt.