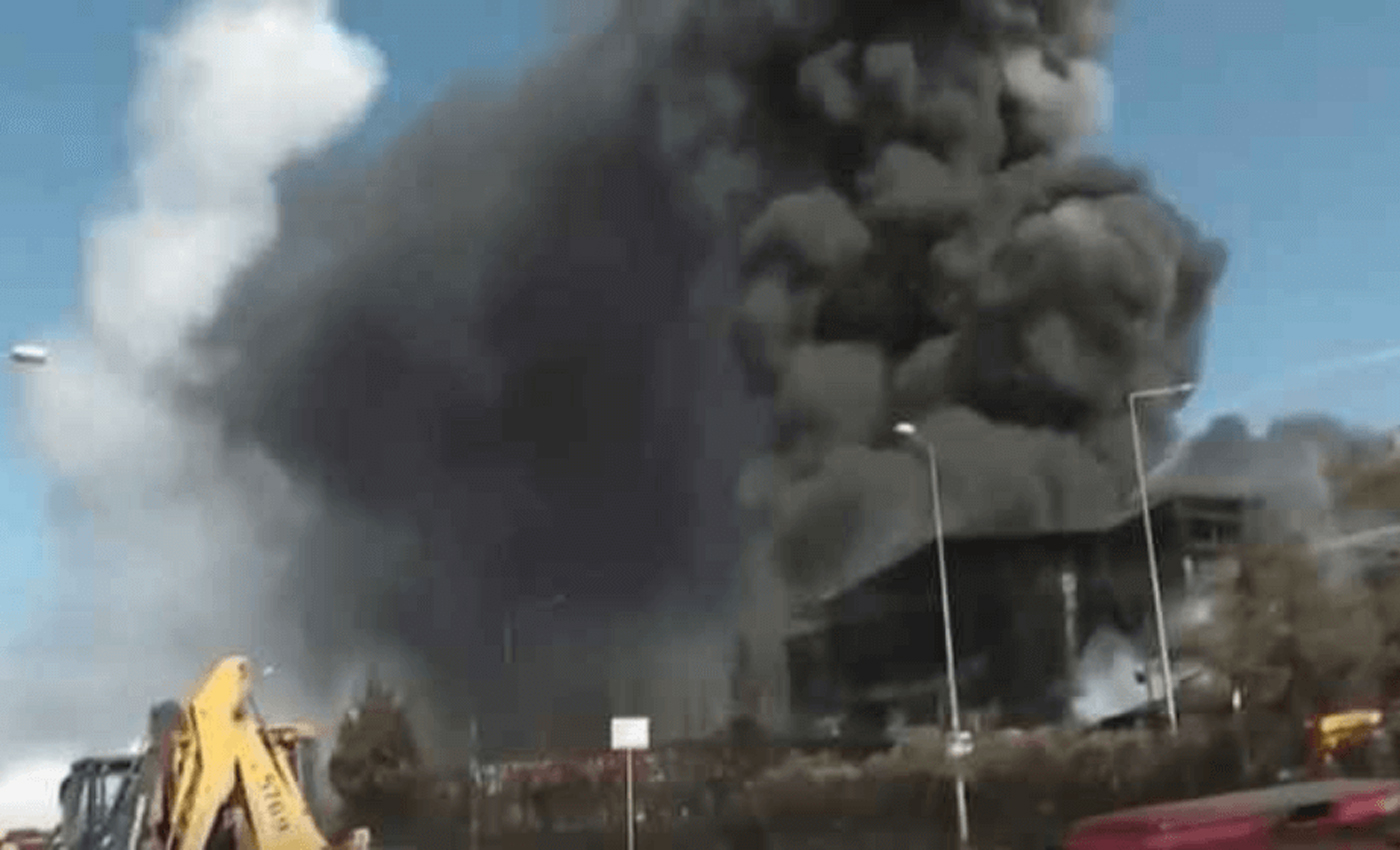 The image is not from a recent explosion in Istanbul, but from a fire at a chemical facility in Istanbul in 2019.

A picture claiming to have been taken after an explosion in Beyoglu, Istanbul on April 19, 2022, has surfaced on social media. The photo shows black-and-white colored smoke and a yellow object that looks like a bulldozer in the bottom left corner. However, the photo does not depict the recent explosion in Istanbul.

Through a reverse image search, we found that the viral screenshot was taken from a video of an explosion in 2019. The video was filmed after a fire at a chemical industry in Istanbul in 2019. BBC reported at the time – September 2019 – that a large explosion sparked a fire at a chemical factory in Istanbul, Turkey. According to the report, two firefighters were hurt in the incident. The gases released by the explosion harmed several people, but no fatalities were recorded.

The Times of India reported on an explosion in Istanbul's Beyoglu area on April 18, 2022. As a result of the incident, residents were urged to evacuate the building. The explosion appears to have occurred in the underground cable structures beneath the building. No further details are available at the time of writing.

The image in circulation is not from the explosion heard on April 18, 2022, in Istanbul, but from a video of a fire at a chemical factory in 2019; therefore, we mark this claim as false.