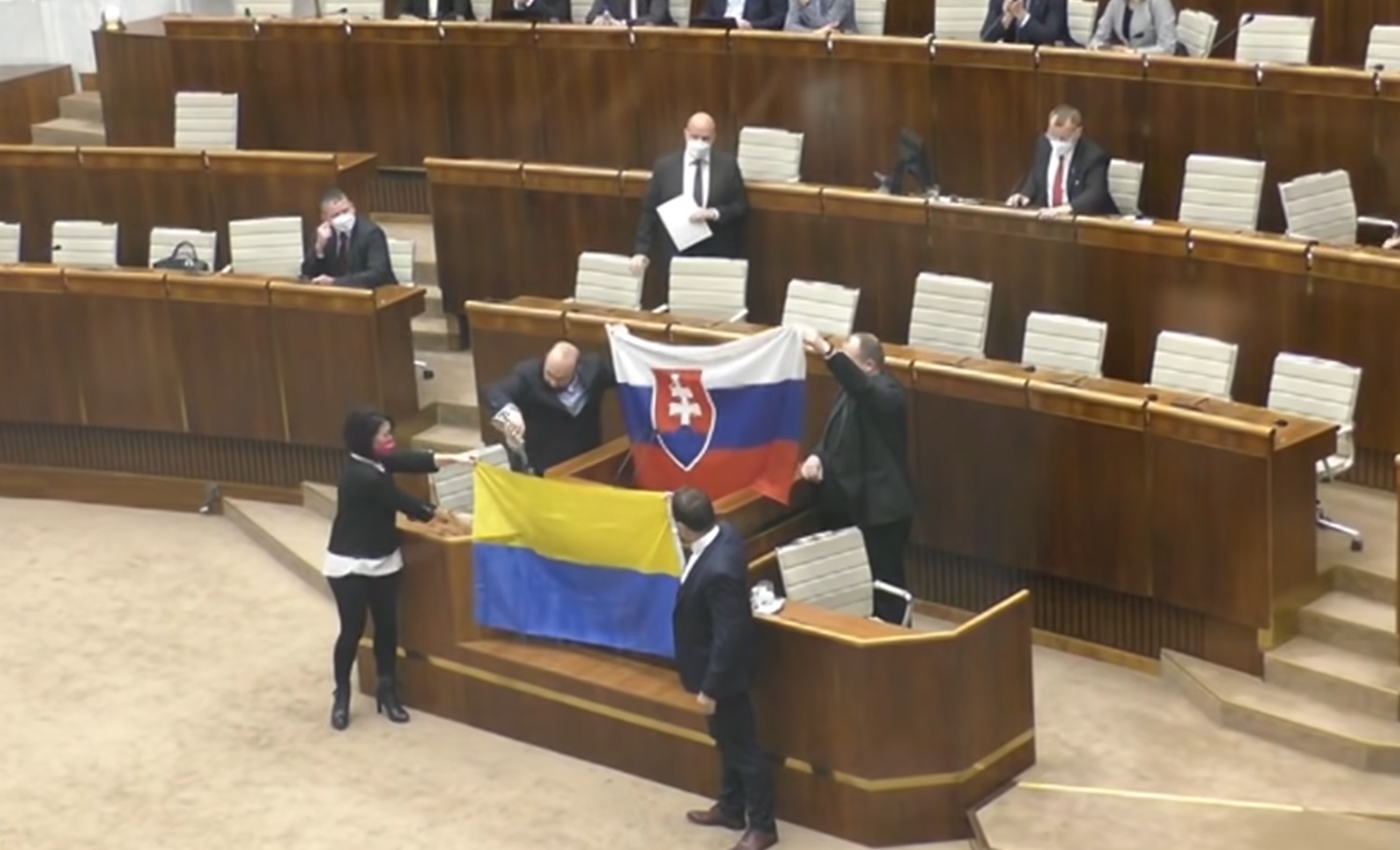 The video, shot in Slovakia's National Council, was taken in February 2022, weeks before the invasion of Ukraine.

A 25-second video clip circulating on social media platforms shows politicians pouring water on the Ukrainian flag in Slovakia's National Council. The caption of the video states that "Slovakia said 'no to NATO' and showed its support for Russia," implying this event happened amid the invasion of Ukraine in 2022. However, the viral video lacks correct context. The footage predates the Russian invasion of Ukraine.

A reverse image search of the video frames led us to news reports from Slovak media, which included similar images and footage. According to a news article published by Slovak Spectator, the video in question was filmed on February 8, 2022, when MPs met for a parliamentary session during which they voted on a Defense Cooperation Agreement (DCA) with the United States.

The article also includes a similar video filmed from a slightly different angle with a duration of over one minute. It shows MPs from the opposition party, People's Party Our Slovakia (ĽSNS) - Peter Krupa and Andrej Medvecký, pouring water on the Ukrainian flag held by MPs of coalition Freedom and Solidarity (SaS) Jana Bittó Cigániková and Miroslav Žiak.

According to the Press Agency of the Slovak Republic's News Now report, a Slovak Ministry of Defense spokeswoman said that the agreement allows Americans to use Slovakia's military infrastructure for the next ten years. Slovakia, bordering Ukraine in the east, will receive funds to modernize its military infrastructure. The agreement includes cooperation with the U.S. government but not the North Atlantic Treaty Organization (NATO).

On February 8, Slovakia's defense minister Jaroslav Nad apologized for the actions of the opposition party via a Facebook post. According to the Ministry of Interior of the Slovak Republic, the country has condemned Russia's attack on Ukraine. The Slovak Police are coordinating with armed forces to secure a controlled crossing of the Slovak-Ukrainian border, and the refugees are being assisted.

The video in question lacks the correct context. We are labeling this claim as misleading.

Ministry of the Interior of the Slovak Republic

Ministry of Defense of the Slovak Republic