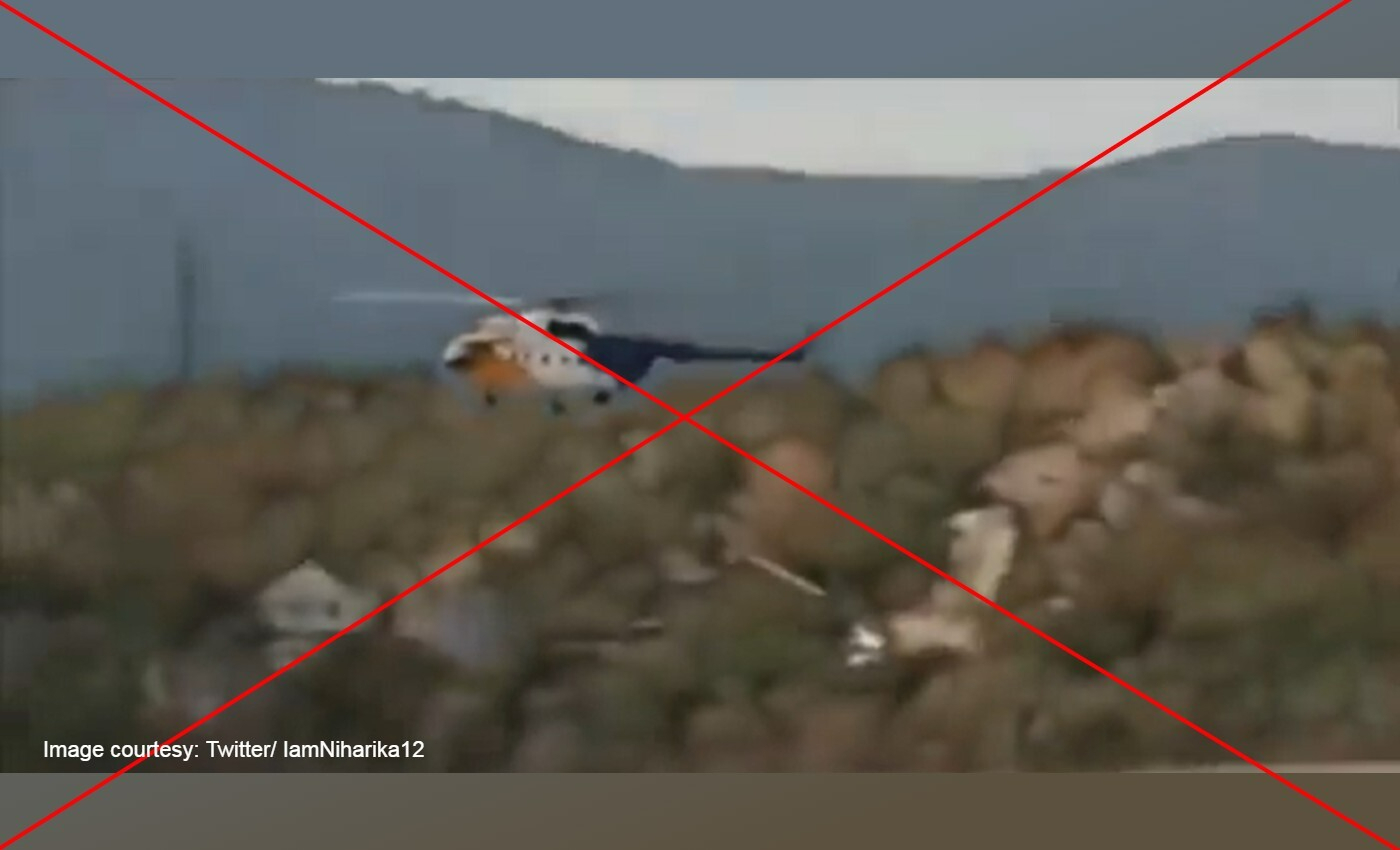 A video of a helicopter that crashed during an airshow in Russia in 2014 has been falsely shared as footage of the recent crash in Ukraine.

At least 14 people, including a child, died after a helicopter crashed into a kindergarten compound in the Ukrainian town of Brovary near Kyiv on January 18, 2023. The BBC reported that three main figures of Ukraine's interior minister—Interior Minister Denys Monastyrsky, his first deputy minister, and state secretary — were killed in the crash, which has been ruled as an accident. Soon after the incident, several videos started circulating on social media claiming to capture the helicopter crash. One such video was tweeted by Indian journalist Karishma Sachdev, who currently works with the Hindi news channel Bharat24, claiming that the clip showed the recent helicopter crash in Ukraine. The now-deleted tweet showed footage of a helicopter losing control and catching fire on hitting the ground. The 17-second video was also shared by one Niharika Sharma (@IamNiharika12) on Twitter; the tweet has been viewed over 183 thousand times and has garnered more than 330 likes so far.

A reverse image search using a screenshot from the viral clip led us to a video posted by the channel 'Burak Ayten' on YouTube. The 40-second video shows the same visuals seen in the viral clip, and was published on YouTube on September 5, 2014. The video title read: "Disastrous Mi-8 Helicopter Crash in Gelendzhik, Russia (Sep-5-2014 )."

Using relevant keywords for a Google search, we came across an article published on the U.S.-based website military.com. The website, which "is a news and resource website for military members, veterans and their families," had published the article on September 8, 2014. The article also included a much longer video capturing the crash, showing similar visuals as that in the viral clip, noting that the Mi-8 Hip utility helicopter crashed during an air show in Russia. According to the report, two crew members were killed in the incident, while one was severely injured. The report also said that the chopper belonged to a Russian company, Panh Helicopters. The company was participating in 'Gidroavisalon 2014'— an international hydro air show in Gelendzhik, Russia, that "gathered 180 Russian companies and 14 foreign delegations."

Reports on the incident were also published on Carsscoops.com and Statter911.com in September 2014. The reports also carried the same visuals indicating that a spectator had likely captured the crash on camera during the airshow.

We also compared the viral video with the original visuals of a helicopter that came down in Ukraine. A video report published by AFP News on YouTube capturing the aftermath of the crash that took place on January 18, 2023, shows that the helicopter crashed next to a nursery in a residential block. One can see that the accident spot is surrounded by buildings, while in the viral video, the aircraft is attempting to land in a vast open area. There is a significant difference in the surroundings of both accidents.

An unrelated video of a helicopter crash during a Russian airshow in 2014 has been shared as footage of the crash outside Kyiv that killed the Ukrainian Interior Minister. Therefore, we mark this claim false.