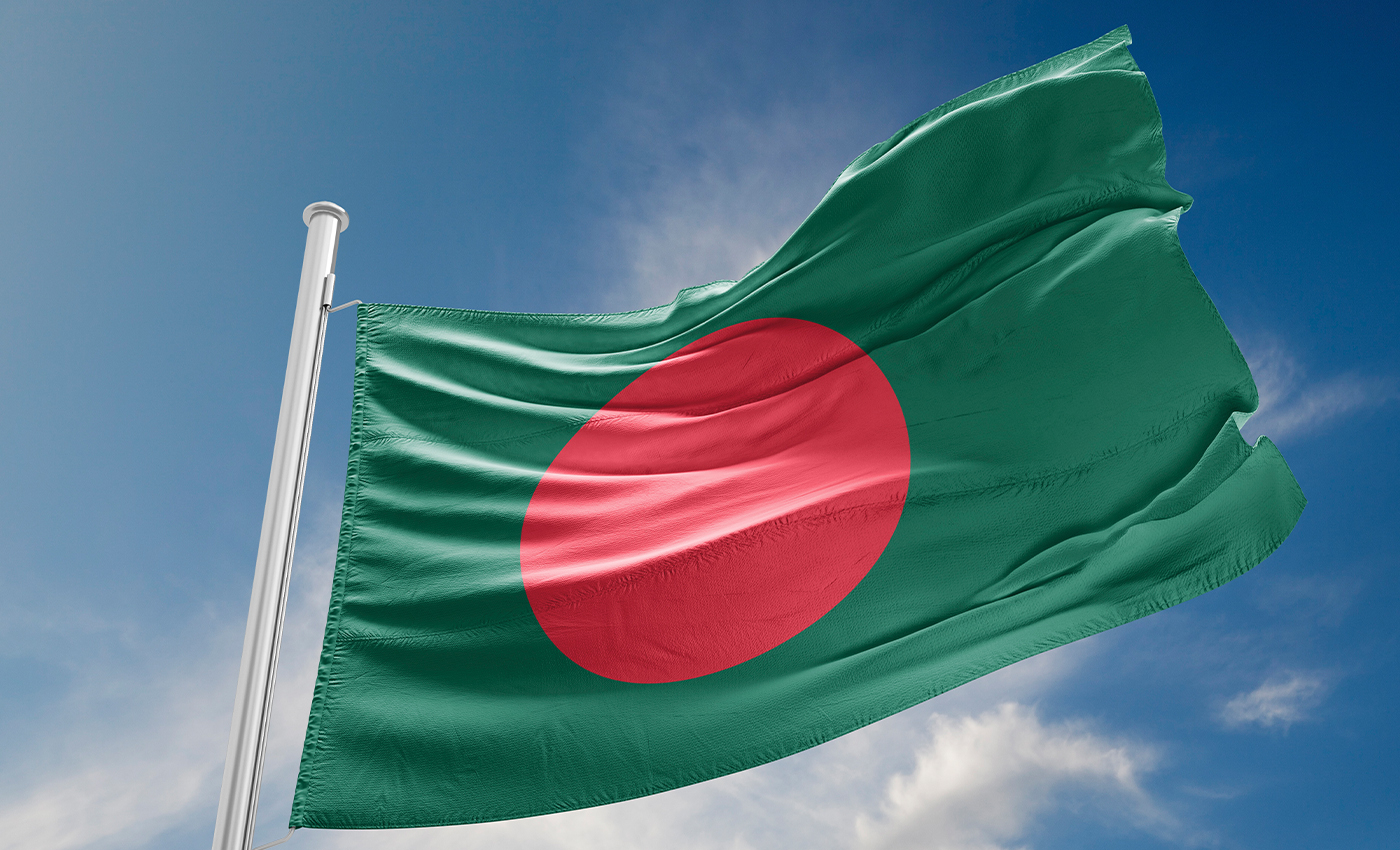 It is misleading to say Bangladesh used to be a secular country prior to 1972 since it only came into existence in 1971.

When describing Bangladesh’s history, Britannica states, “As the eastern portion of the historical region of Bengal, the area once formed, along with what is now the Indian state of West Bengal, the province of Bengal in British India. With the partition of India in 1947, it became the Pakistani province of East Bengal (later renamed East Pakistan), one of five provinces of Pakistan, separated from the other four by 1,100 miles (1,800 km) of Indian territory. In 1971 it became the independent country of Bangladesh.”

In January 1972, Sheikh Mujibur Rahman was installed as the first prime minister of the new parliamentary government of Bangladesh. Bangladesh’s constitution of 1972 placed emphasis on secularism, democracy, nationalism, and socialism as guiding principles for the state. Article 12 of the constitution said, “The principle of secularism shall be realised by the elimination of communalism in all forms.” It prohibited the state from favoring any religion and discriminating against people on religious grounds.

Sheikh Mujibur Rahman was assassinated in 1975 following a series of coups after which the military regime led by Dictator-President Maj. Gen. Zia ur-Rahman first altered the secular fabric that Bangladesh was founded on. Under his rule, the above-mentioned Article 12 was deleted and the constitution was amended to embrace a more Islamic disposition. The constitutional amendment inserted the following words: “Absolute trust and faith in the Almighty Allah shall be the basis of all actions” and incorporated the Qur’anic phrase bismillah-ar-rahman-ar-rahim (in the name of Allah, the Beneficent, the Merciful) before the preamble of the constitution.

The alteration of Bangladesh’s secular foundation continued in 1988 under the rule of Dictator-President Lieut. Gen. Hussein Mohammad Ershad. Ershad through the eighth amendment of the constitution, introduced Article 2A which declared Islam as the state religion and made Islam the guiding principle of his rule.

Under current Prime Minister Sheikh Haseena’s second term between 2009-2014, there was a renewed attempt to realign Bangladesh with its founding principle of secularism. Through the fifteenth amendment of the Constitution, the regime omitted the constitutional principle “absolute trust and faith in Almighty Allah”, and in its place restored secularism; Article 12 of the 1972 constitution was reestablished. Although it simultaneously retained bismillah-ar-rahman-ar-rahim (In the name of Allah, the Beneficent, the Merciful) and the provision of the state religion.

Following the recent violent attacks against Hindu minorities in Bangladesh, Bangladesh State Minister of Information, Murad Hassan has said that the government will soon introduce a bill in Parliament to “return” to a secular constitution as envisaged by the founding father of the nation, Bangabandhu Sheikh Mujibur Rahman. However, further details as to the exact timeline and contours of the bill are awaited. As this is yet to happen, it would be misleading to state that Bangladesh is "to become" secular and Islam "will" be removed from being the state religion since we don't currently know what will actually end up happening.