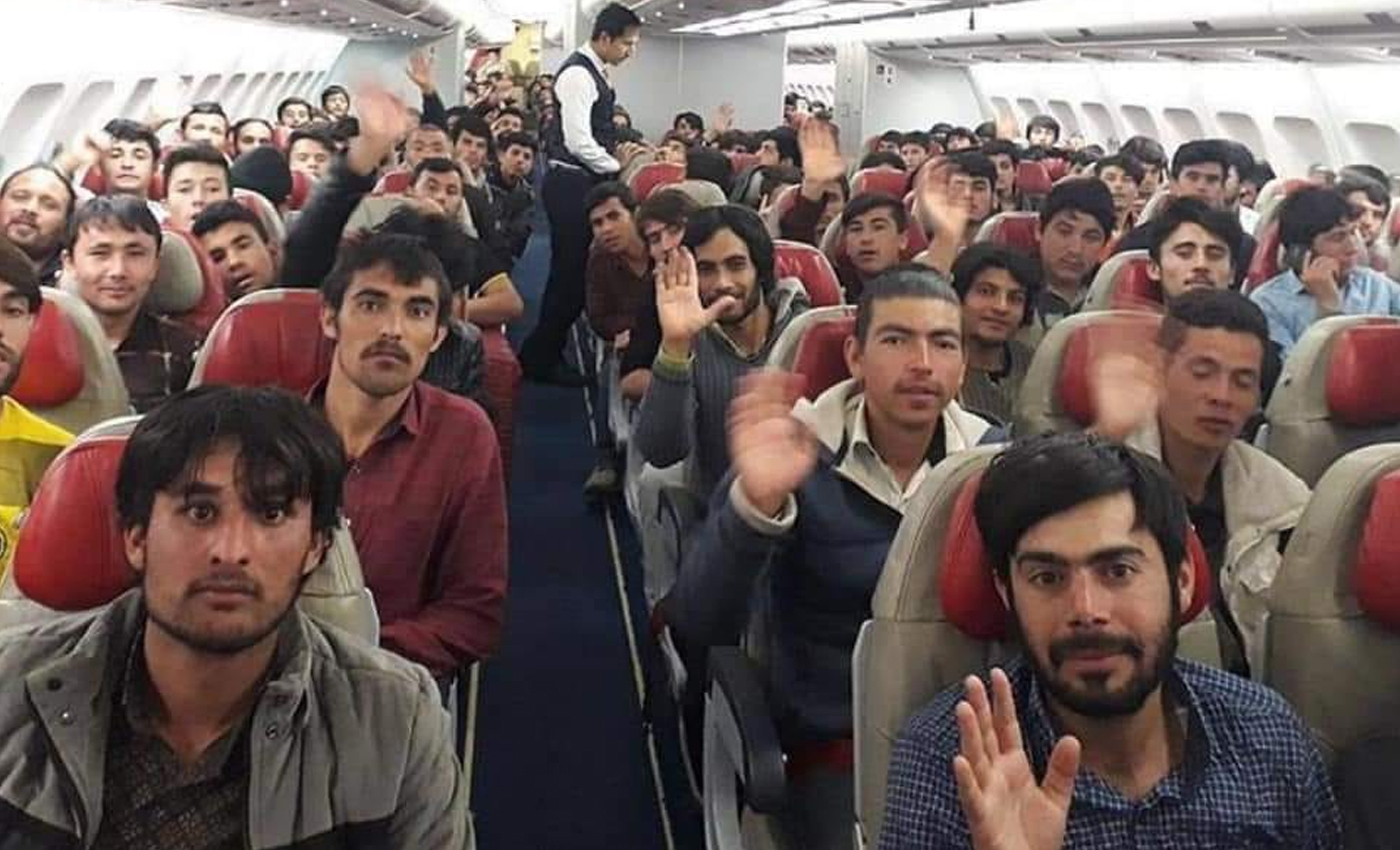 A miscaptioned image states that no women or children left Afghanistan. However, this image shows Afghan refugees being deported in 2018.

Since the Taliban took over Afghanistan on August 15, 2021, social media has seen a surge in posts and videos on the matter. Some of these have been miscaptioned or taken out of context. One viral post includes an image from 2018, claiming that it shows the inside of a plane with only male civilians leaving Kabul. The caption for such posts suggests that women and children have not been able to leave the country. However, this image has been taken out of context.

The image in question was taken by the Turkish state-run Anadolu news agency in 2018. It shows Afghan refugees being deported back from Turkey. In 2018, Reuters reported that 324 Afghan refugees who had illegally entered Turkish territory were being deported back to Afghanistan. In the first three months of that year, 27,000 Afghans fled to Turkey due to conflict and poverty.

Many credible news outlets published photos of at least 600 people crammed in an aircraft leaving Kabul. The image clearly shows men, women, and children on the floor of a U.S. military plane. It shows people holding on to their luggage, feeding and holding their children.

Since the Taliban took over Afghanistan in August 2021, reports state that the Taliban are forcing women to marry fighters, quit their jobs, remain at home, and endure public flogging. It is harder for women to leave their homes in comparison to men. However, it is not true that no woman or child has left the country.