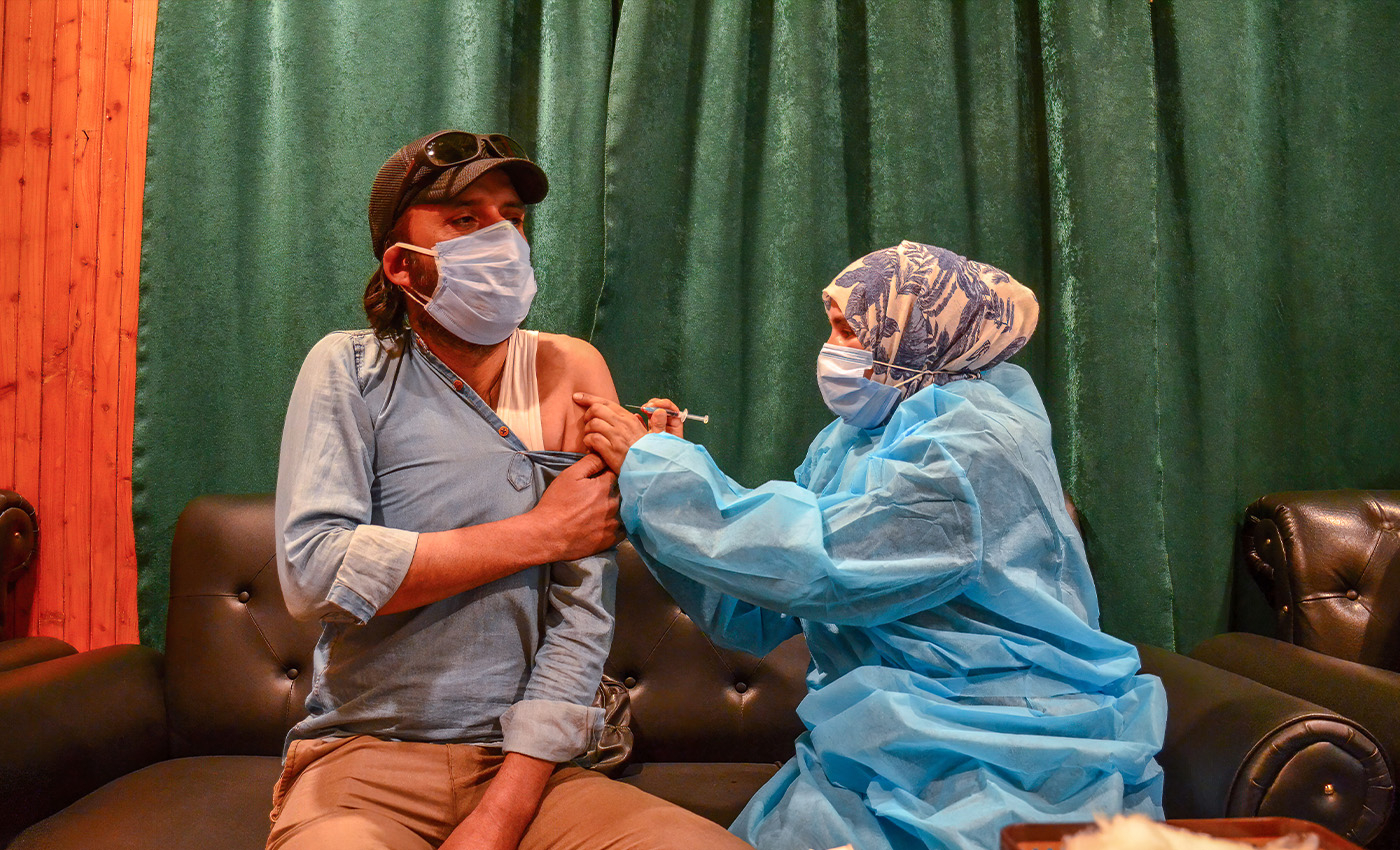 Every person above 18 in Weyan hamlet received the first vaccine dose, making it the first Indian village to record 100 percent COVID-19 vaccination.

Weyan village is located 28 kilometers from Bandipora town in Jammu and Kashmir, with the first 10 kilometers driven to Athwatoo and the following 18 kilometers hiked through the highlands. In the village, there are no roads, power, or cell phone coverage.

Despite vaccination apprehension among the villagers, the healthcare personnel reached the goal of vaccinating 362 persons across the Weyan hamlet. This village became the first in India to record 100 percent COVID-19 vaccination.

The town's residents were primarily nomads who took their cattle to the high mountains in the summer and returned only in the autumn. The villagers were first skeptical of the vaccine, but the department took the initiative and dispatched the vaccinators twice in two weeks to complete the mission. The immunization program was headed by a doctor and a 10-member team, who vaccinated the villagers.

The Times of India reports that the "J&K Model," in which the administration reaches out to the public instead of them coming to vaccination facilities, is credited for this national record. To quickly vaccinate the whole eligible population, the "J&K Model" has established a ten-point method. The current vaccination rate for people over 45 is around 70 percent, more than double the national average.

Hindustan Times reports Dr. Masraat Iqbal, Bandipora's block medical officer, said that on June 4, their team vaccinated all adults in Weyan village. They would not have inoculated the population before October if they had waited for the villagers to volunteer for the vaccination.

Iqbal urged the villagers to send their position in the highlands to receive the second dosage of the vaccine after 12 weeks. According to Iqbal, residents agreed to the vaccination drive after being adequately counseled.

Director general Saleem-ur-Rehman said that as Weyan residents were nomads, they were on the priority list for the vaccination drive. He said, "Like Weyan, the department has shortlisted many such villages where 100 percent population above 18 will be vaccinated." reports Hindustan Times.

It is not safe to receive the COVID-19 vaccine during menstruation.