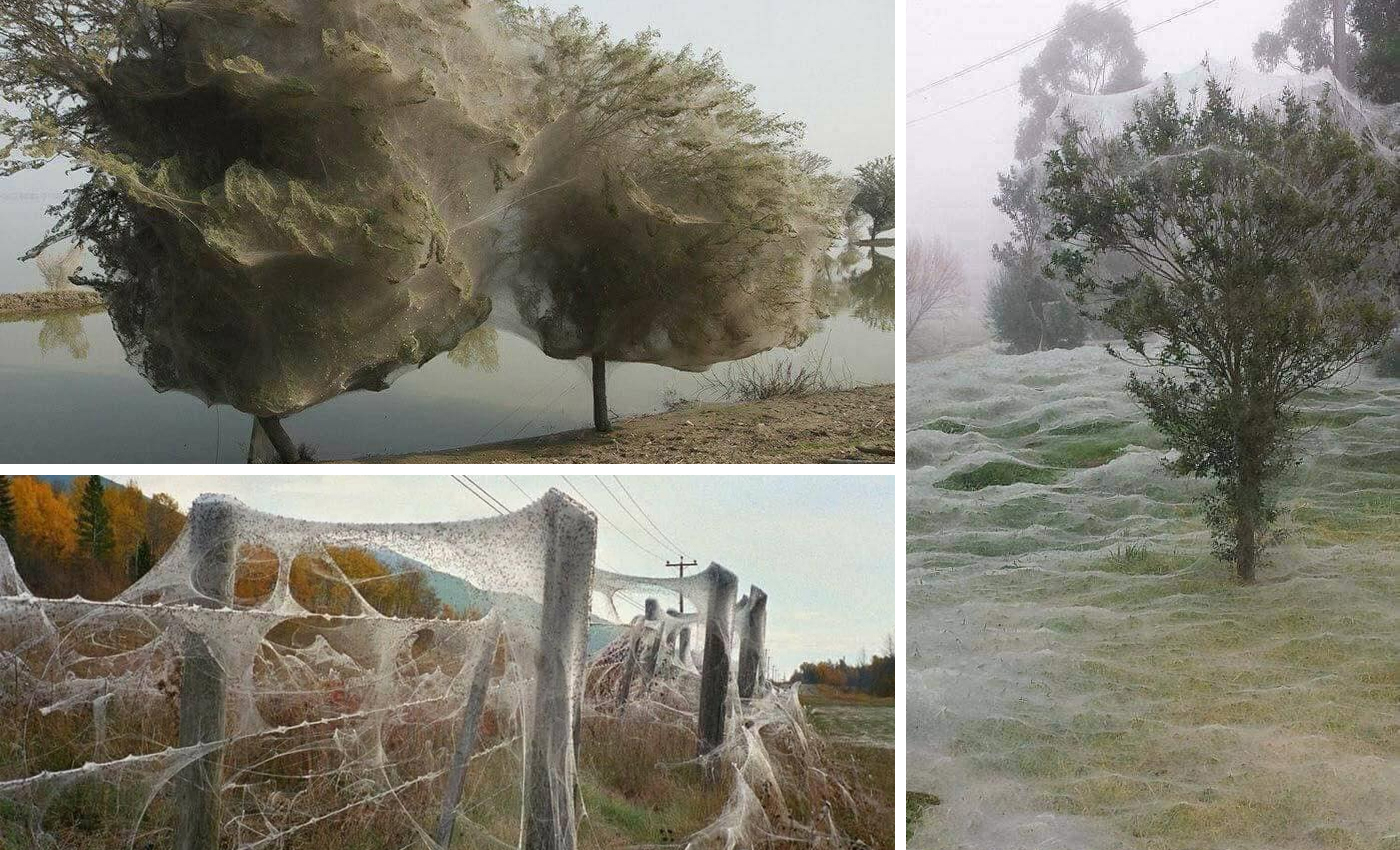 Though some of the pictures show Australia's spider season, several of the photos are from other countries or unknown locations.

A Facebook user posted several images claiming to show spider season in Australia. Similar posts have been doing the rounds on social media for a long time. The Facebook post garnered more than 2000 likes and over 300 shares. However, only a few images in the post are from Australia. Others were taken in different regions from countries including Pakistan and the U.S.

The first image of trees shrouded in webbing was taken in December 2010 from a farm field in the Pakistani village of Sindh. The picture was taken by Russell Watkins, a multimedia editor with the U.K.'s Department for International Development (DFID). This scene was captured after massive floods in 2010 that drove millions of spiders to climb up into trees to escape flood waters, according to Flickr.

Photographer Corey Hochachka captured the second image of spider webs on a barbed-wire fence. However, the exact location of the image is unknown. Alamy has not provided any further details of the photograph.

The following image of a giant spider web on trees along a street was taken in 2007 at Lake Tawakoni, Texas, United States. The picture was credited to Donna Garde from Texas Parks and Wildlife Department.

The other four images shown in the Facebook post are indeed from Australia. According to an article by the Sun, the photos were taken by Leslie Schmidt in Yinnar, Victoria state, Australia, in 2016.

Graham Milledge, Arachnology Collection Manager at the Australian Museum, told Yahoo News Australia that spider season starts in November in most parts of Australia. She added that the spider population increased throughout the warmer months and warned that the adverse weather, such as flooding, may cause spiders to seek shelter inside homes and buildings.

Although four images shown in the Facebook post are from Australia, other photos are from different parts of the world. Hence, we have marked this claim as partly true.

Australia has introduced a social credit system for people to access the internet via a digital ID.

Disability people are excluded from the 1a vaccine priority group in Australia.