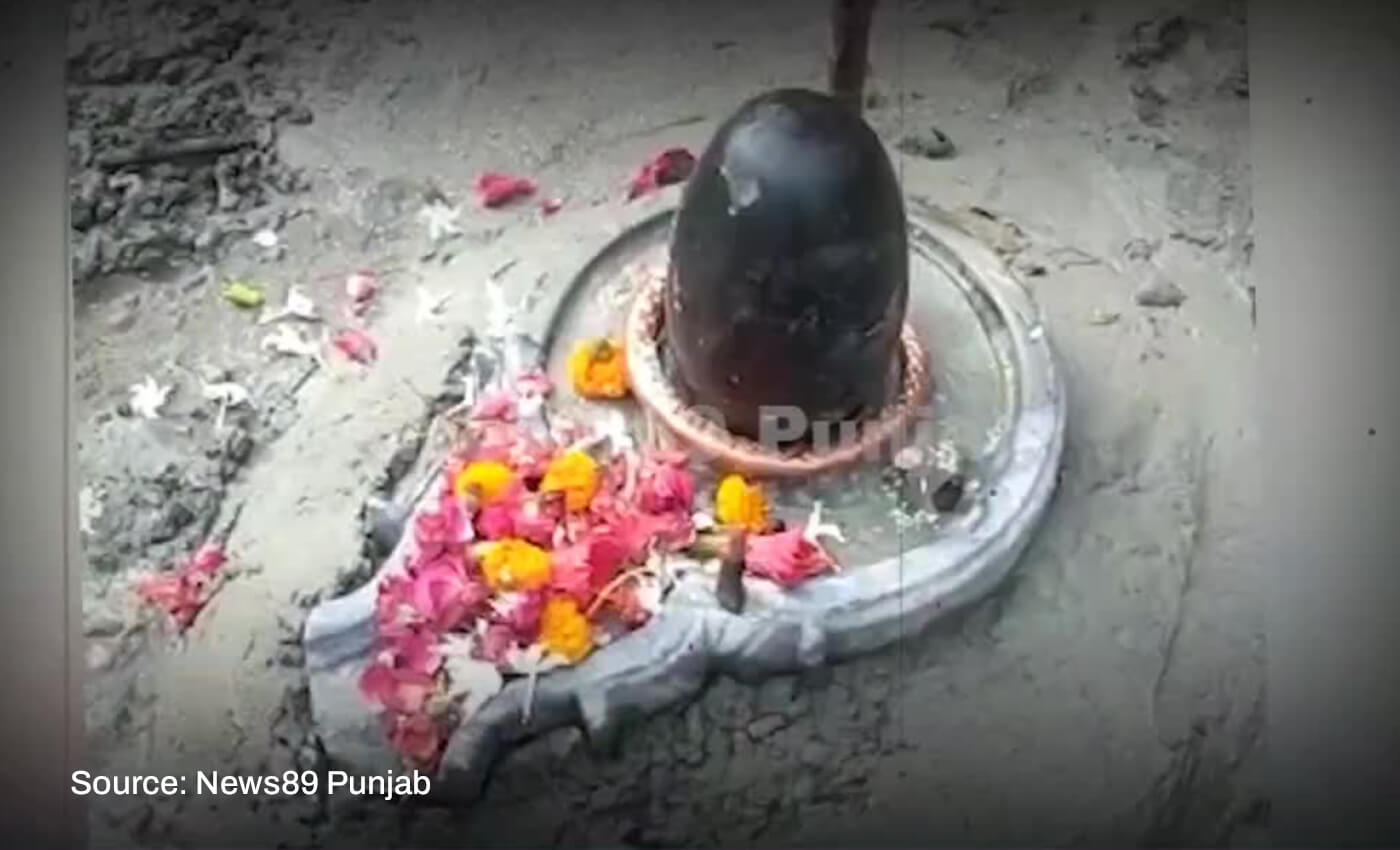 The Hindu temple in Punjab has not been converted into a mosque. A video clip was taken out of context and shared with false claims.

A video is being shared on social media claiming that a Hindu temple has been converted into a mosque in Punjab under the governance of the Aam Aadmi Party (AAP). In the two-minute video, a news reporter is seen conversing with police officials in Punjabi. Local Punjabi language digital media channel News89 carried the report. The caption of the viral post read, "In Punjab, a Hindu temple has been converted into a mosque. It is all happening with the orders of AAP. They removed the Shivlingam without informing Hindus. People are protesting. Punjab Police is not allowing Hindus and the media to enter into the temple premises."

The reporter in the viral video is Sandeep Choudhary, Editor of News89 Punjab. Logically reached out to Sandeep, who told us, "First of all, the news is completely false. The incident happened in Rajpura. The mosque was already there. A lot of Hindu and Muslim families live around the mosque. In front of the mosque, there is empty government land. The dispute is around that land. One night at around 3 am, some locals established a Shivalinga in the government land. That's when the problem started. Police came to the place the next morning and shifted the Shivalinga to a nearby temple. Police also put out a "government property" board in that area." He continued, "I reported the incident and uploaded the video on August 21. As soon as the news started getting attention, Rajpura DSP asked us to remove the video to avoid communal tension. I did what I was asked to do. Some people downloaded the video and shared it with false captions."

Sandeep added, "There is a dispute between local communities over the land and the mosque. The issue is yet to be resolved." He also sent us the video of the complete report. The original video is 16 minutes long, clearly mentioning that the Shivalinga was established overnight. No temple has been converted to a mosque as the mosque was already there. A small part of the original video has been shared on social media with baseless claims.

While speaking to Logically, Surinder Mohan, Deputy Superintendent of Police (DSP) of Rajpura, said, "A few locals established Shivalinga on government property to acquire the land illegally. We shifted Shivalinga to a nearby temple. This incident has no connection with any religion or community. The viral claim is completely false."

According to a Jagran report dated August 21, some locals established a Shivalinga in the disputed land in Gujjaranwala Mohalla of Old Rajpura. The incident happened a few days after a controversy erupted over the mosque building in that area. People claimed that a Sikh Sarai had been turned into a Mosque. After receiving the information, SDM Rajpura, Dr. Sanjeev Kumar, rushed to the place and moved the Shivalinga from the government land to a nearby temple.

On September 8, Patiala Police made a social media post refuting the viral claim. A screenshot of the viral post has been shared from their official Twitter handle, clarifying it as "misleading." The tweet's caption read, "This video is 01 month old, it is being re-posted by some mischievous elements to disrupt communal harmony, this matter was resolved by the concerned communities. Patiala Police appeals to everyone not to be misled by this video and ignore it."

A short clip of a news report by News89 was falsely shared with a communal spin. Therefore, we have marked this claim as false.