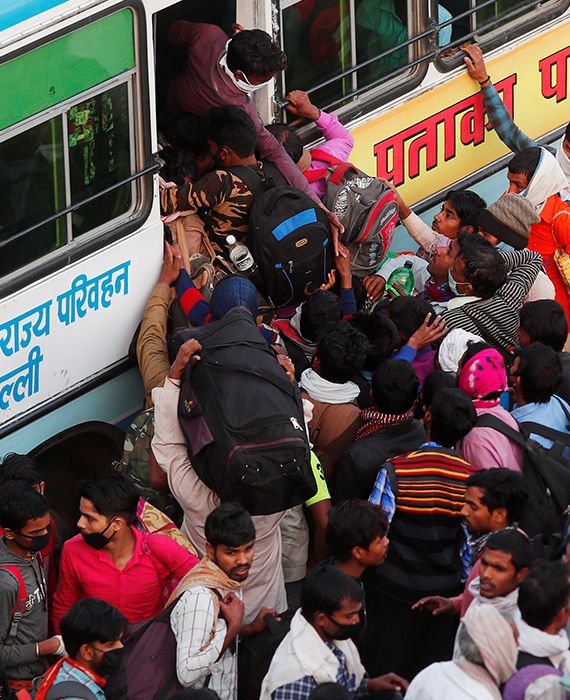 A video covered by India Today as on 14 April 2020, shows that a crowd had gathered outside a railway station in Bandra West to return to their villages after a rumour broke out that long-distance trains were running. The situation was tense for almost two and a half hours as people sat at Bandra bus depot that is located close to Bandra Railway Station. Mumbai Police had to resort to lathi-charge to disperse the crowd.

Maharashtra Cabinet Minister, Anil Deshmukh had also tweeted that he had ordered an investigation into the rumour that claimed trains to take migrants back home and those found guilty of sparking such rumours will be dealt rigorously invoking the most extensive force of law.

The article by Law Street has revealed that the labour leader Vinya Dubey was arrested for allegedly spreading fake news on social media claiming 'let's head home'. Also, a complaint has been filed against television journalist over his report that a special train for migrants would run.

South Central Railway had clarified in its tweet stating that the decision to run special trains for migrant labour is misinterpreted. Further,

it added that there is no such proposal & all passenger trains stood cancelled till 3 May 2020.