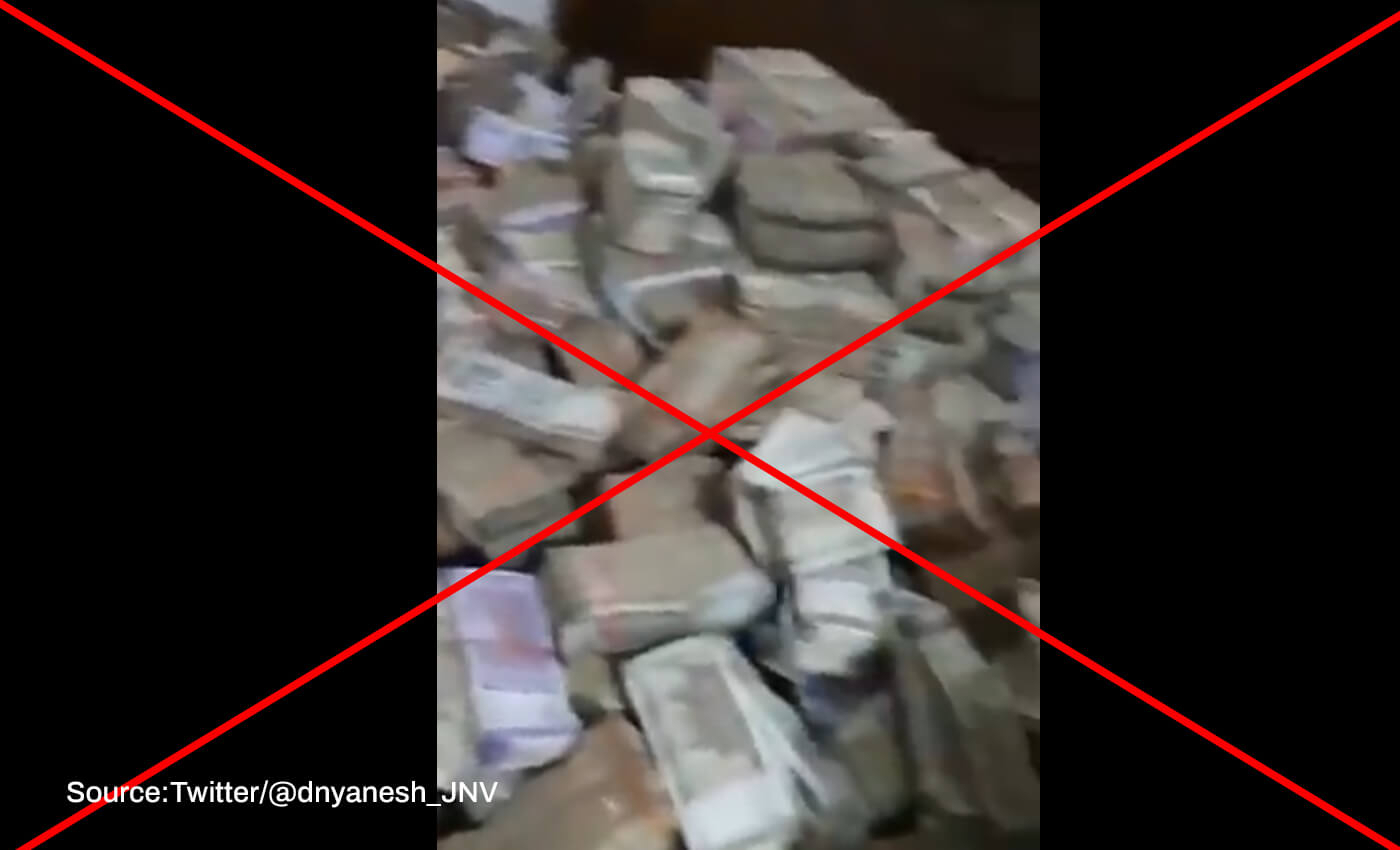 An old video from an Enforcement Directorate raid in Kolkata has been falsely shared as a raid at an AAP leader's residence in Gujarat.

With Gujarat set to vote in the first week of December, political parties have pulled out all stops to emerge as the largest party in the 182-seat state Assembly. However, several false and misleading claims have started to surface on social media as political leaders of all colors fight it out to sway voters to their side. A video targeting the Aam Aadmi Party (AAP) has started doing the rounds on Twitter. Its accompanying post claims that AAP leader Shekhar Agarwal's house was raided in Surat. The short clip shows heaps of cash lying on the ground and officials counting notes with machines suggesting that large amounts of money were recovered from Agarwal's house. Using sarcastic language, the post (originally shared in Hindi) also suggests that AAP and its leaders are corrupt and are relying on money-power to win the elections. Multiple users have shared the same video with the exact same accompanying text.

The Aam Aadmi Party (AAP) will be contesting the polls in the western state for the first time and has announced a total of 130 candidates so far. The party is hoping to pull off a surprise and beat the ruling Bhartiya Janata Party (BJP) and Indian National Congress, the main opposition party in Gujarat.

The video in question can be found on India Today's YouTube channel, where it was uploaded on September 11, 2022. According to the news video, the visuals are from an Enforcement Directorate (ED) raid at a businessman's house in the Garden Reach area of Kolkata. On September 10, the agency raided six locations in Kolkata, including the house of one businessman Amir Khan.

The Times of India also reported that ₹17 crore cash was allegedly recovered from Khan's house during the raid. The raids were conducted in a case related to a mobile gaming app named E-Nuggets, which was allegedly designed to defraud people. The viral clip was also shown in an NDTV report which was on air on September 11. According to NDTV, the ED used eight machines to count the cash found at Khan's residence. The Kolkata Police had filed an FIR against the gaming company and its owner in February 2021, following which ED started a probe.

We also found a tweet about the Kolkata raids shared from the ED's official Twitter handle on September 12, 2022. The tweet read, "ED has carried out search operations under PMLA, 2002 (on 10.09.2022) at 06 premises in Kolkata, in respect to an investigation relating to the Mobile Gaming Application..."

Interestingly, Logically did not come across any media report that shows that an AAP leader named Shekhar Agarwal existed in Gujarat. The name was also missing from AAP’s candidate list for the upcoming polls. No recent media reports have mentioned any raids at any AAP leader's house in Gujarat.

However, on September 11, AAP had alleged that the Gujarat Police raided the party's Ahmedabad office. The police denied conducting such an alleged raid. AAP party leaders Arvind Kejriwal and  Isudan Gadhvi said that BJP was rattled seeing the support AAP received in Gujarat and had resorted to "such” methods to stop them.

The viral video is from an ED raid conducted in Kolkata in September 2022. The video has no connection to the Aam Aadmi Party. There is also no evidence that a person named Shekhar Agarwal is an AAP leader. Hence, we have marked this claim false.