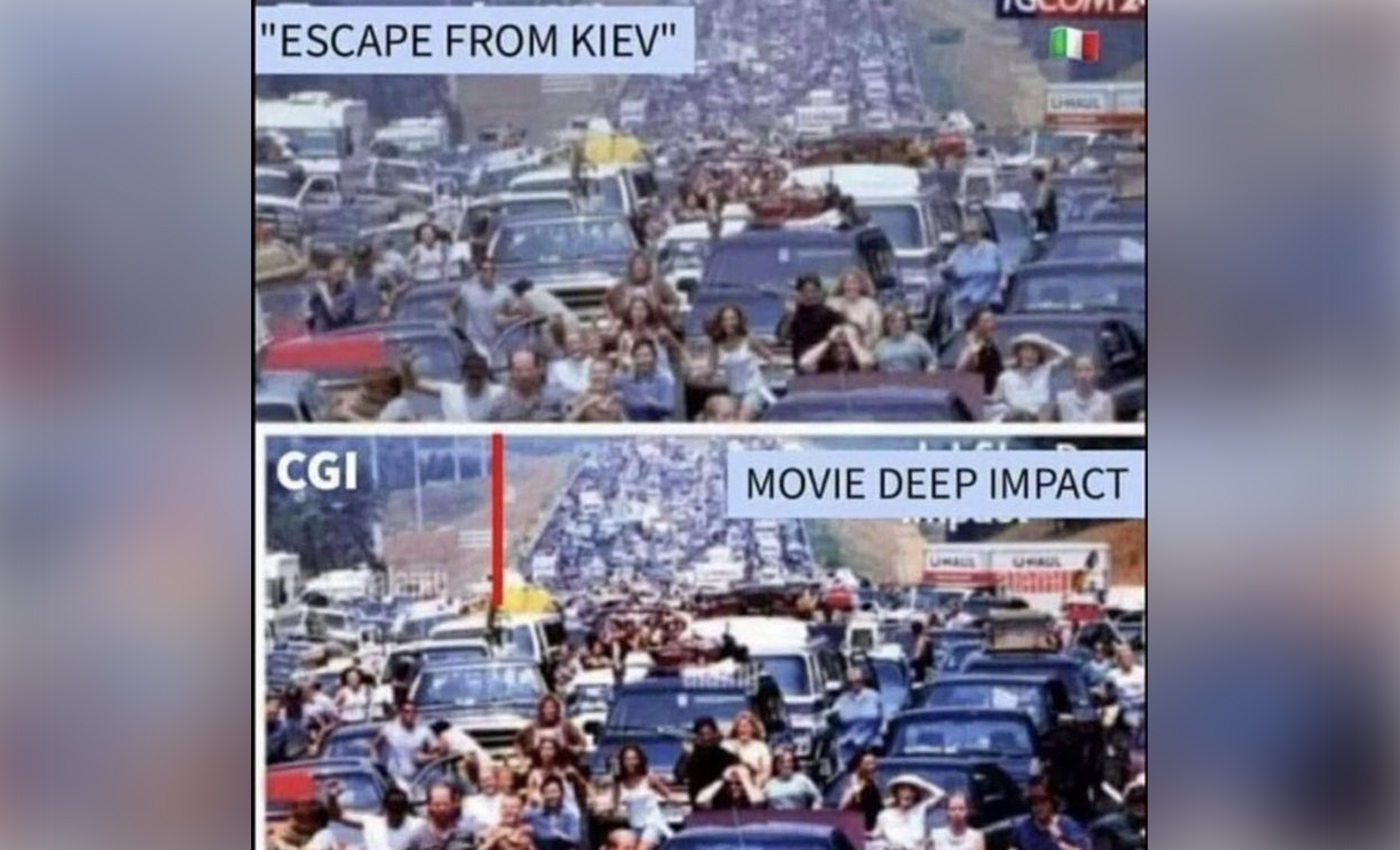 TGcom24's logo was digitally added to a frame from the movie Deep Impact to appear as though the network was using the image as authentic footage.

Since Russia invaded Ukraine, misinformation relating to the conflict has spread. A recent tweet claimed that media outlets were using clips from the movie Deep Impact to report the war. The tweet compared two similar images which show people running on a highway packed with cars. One image had text which said Deep Impact, and the other with the logo of TGcom24, an Italian new channel, with the text "Escape from Kiev."

After analyzing TGcom24's reports of Ukraine and Russia, it is clear that the news channel did not use footage from the movie. After comparing the image from the tweet with video footage from TGcom24, Logically found that the image is altered. The logo in the tweet is hazy and pixelated. The logo's format and placement were also different in the tweet. Official footage from TGcom24 shows their logo usually on the bottom right of the screen and not on the top right.

We could not find where this edited image first appeared through a reverse image search. Most results showed stock images from the movie. The Twitter post in question was made on June 19, 2022. TGcom24 has never published any reports using the image in question.

The image in the tweet has been digitally altered to appear as though TGcom24 used a still from the film Deep Impact. There are no reports from the Italian news outlet that includes this image. Hence we have marked this claim as false.