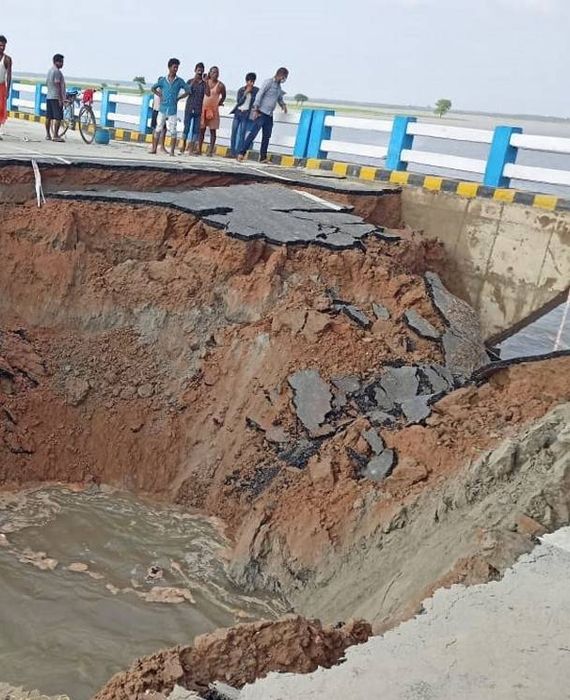 The government of Bihar clarified that only an approach road of a minor bridge was damaged in Bihar, due to surging swollen waters in river Gandak.

The Sattarghat bridge situated over the Gandak river in Gopalganj of Bihar is intact, stated the government of Bihar. They further said two km away from the bridge is an approach road of an 18-m-long minor bridge, which was cut due to surging swollen waters in river Gandak. This happened due to the unprecedented pressure of water in the river. The 1,440-meter-long Sattarghat bridge, which was inaugurated by Nitish Kumar, Chief Minister of Bihar, on June 16 through video conferencing, is fine and has not been damaged. Nanda Kishore, the State Road Construction Department Minister, said that the media falsely reported that Sattarghat bridge has collapsed within 29 days of inauguration by the chief minister.