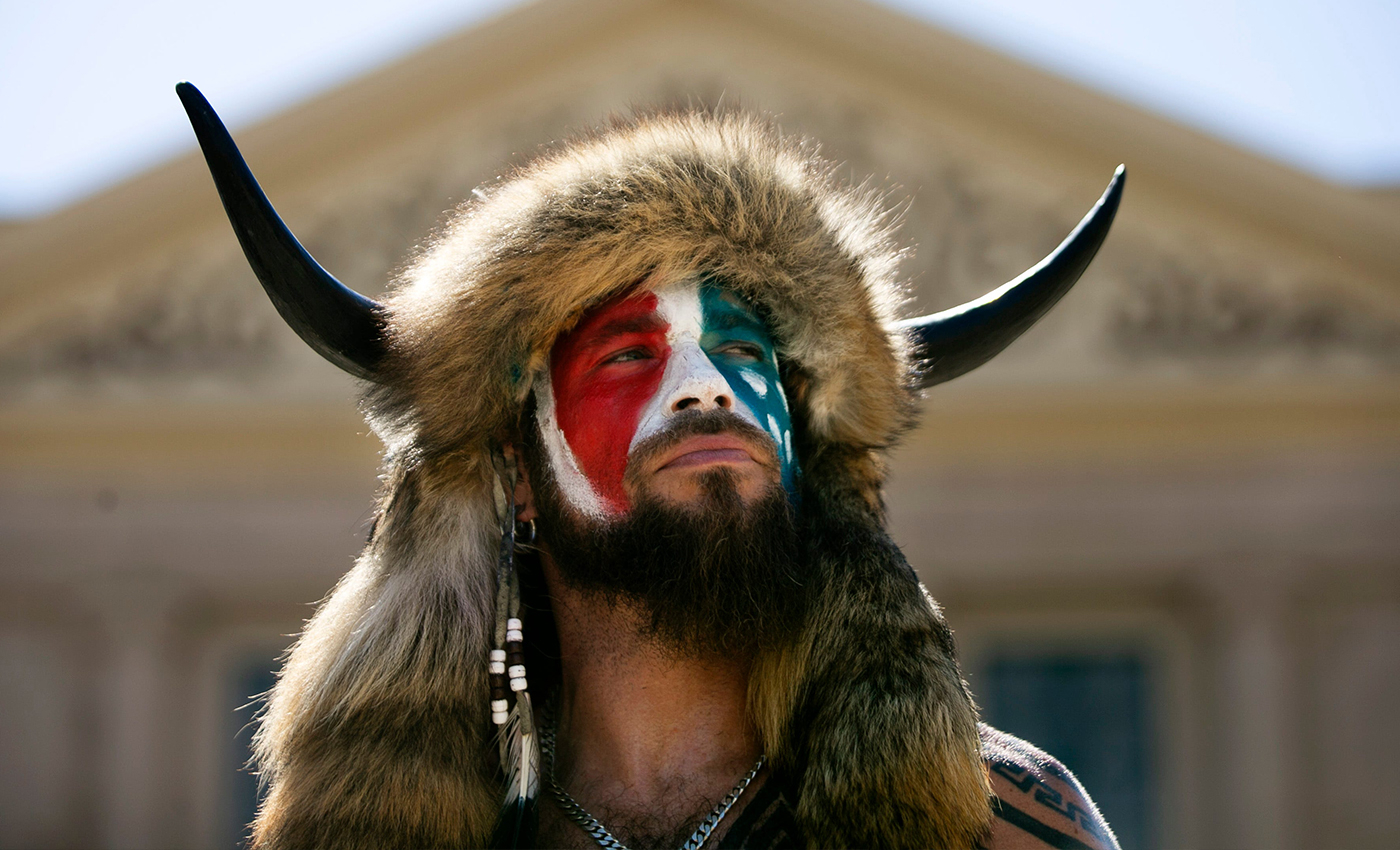 QAnon member, Jake Angeli, was indeed among those who broke into the U.S. Capitol Building.

Jake Angeli, also known as the QAnon Shaman, got his 15 minutes of fame after he was captured storming the Capitol Building on Tuesday. Angeli attracted media attention with his unusual look: he was shirtless, tattooed, and wearing a horned hat and face paint. As a consequence, Angeli was quickly identified as a 32-year-old actor from Arizona. Angeli is an active Trump and QAnon supporter and has participated in many rallies in his home state.

However, as the events in the Capitol escalated into violence, Trump supporters attempted to disavow Angeli as one of their own. Far-right social media users on Twitter and Telegram claimed that Angeli was an AntiFa activist sent to the Trump rally to provoke violence. The supposed “evidence” for this is a photo of Angeli attending an Arizona Black Lives Matter march in June 2020. In this photo, Angeli indeed is photographed during the BLM march wearing his shaman's outfit. But the photo was cropped: in the original image, Angeli can be seen holding a sign that reads "Q sent me" and “Hold the line patriots, God wins.” It’s true then that Angeli was present at a BLM march, but he was there as a counter-protester.