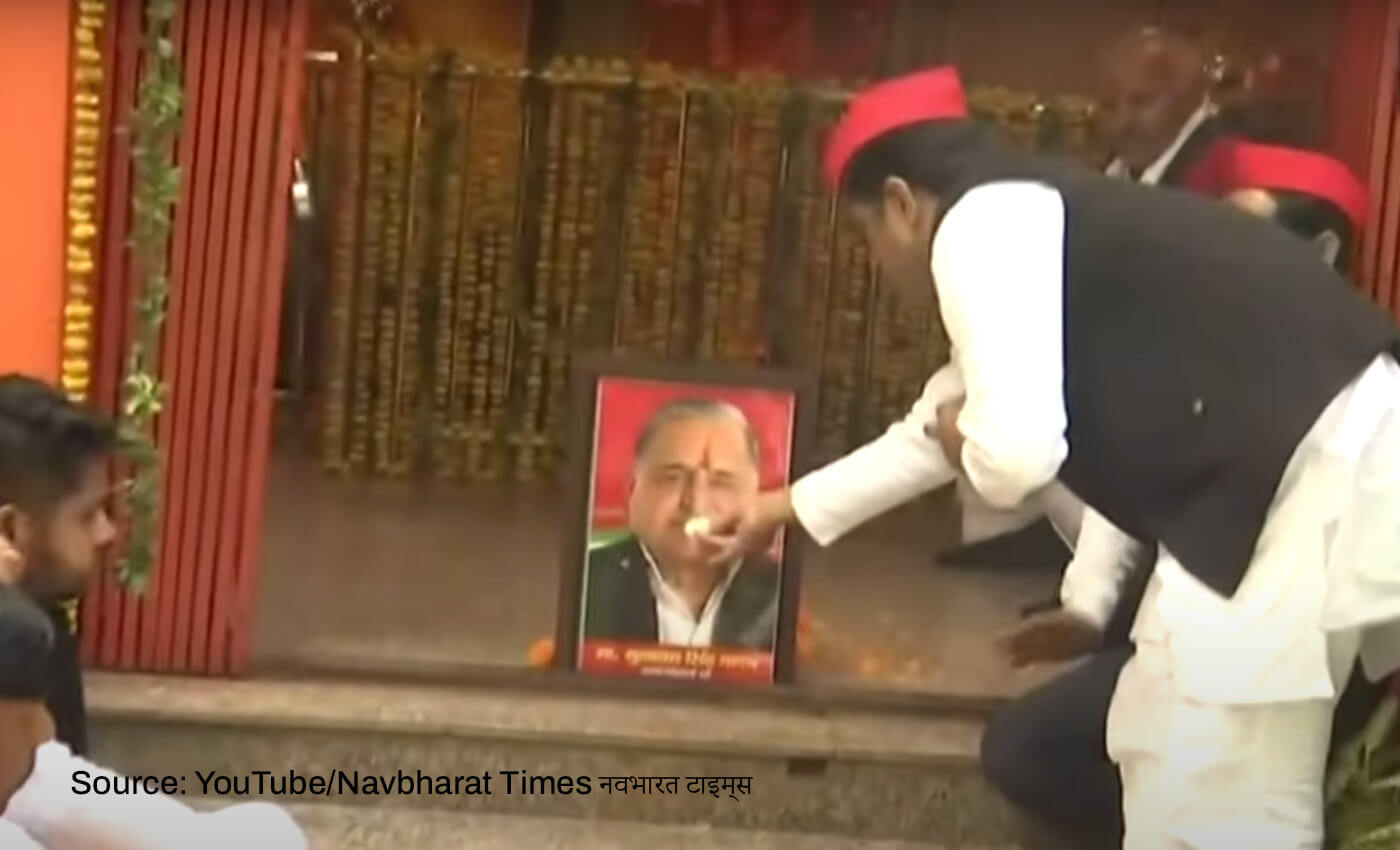 A photo of SP workers celebrating Mulayam Singh Yadav's birthday in 2021 has been falsely shared as Akhilesh performing the last rites of his father.

A social media post shows a man wearing Samajwadi Party's signature red cap and kurta-pajama, with a black Nehru jacket offering sweets to party Chief Akhilesh Yadav's father and party founder Mulayam Singh Yadav's picture. In the background, several other SP followers can also be seen sitting. The caption reads, "Only a great man can offer sweets to his living father." The post has been further shared by a Twitter user called @Sabhapa30724463, who claimed that Akhilesh was performing his father's shradh, a ritual performed by Hindus in remembrance of their dead ancestors. The post attracted a lot of backlash from people who criticized Akhilesh for doing a "ceremony" of the deceased for his father who is alive.

The image was taken from a video shared by the Times of India on November 22, 2021. The report shows SP workers performing a havan (a fire ritual performed by Hindus on special occasions) to mark Mulayam Singh's 82nd birthday. The man offering cake to Mulayam Singh's photo in the video isn't Akhilesh but a party worker. The user who shared the post wrongly portrayed the SP worker as Akhilesh as the worker was wearing an attire also usually worn by the party head. Also, shradh rituals don’t involve serving cake at the procession.

﻿An Economic Times report dated November 22, 2022, shows Mulayam Singh is celebrating his 82nd birthday with his son Akhilesh at the party office in Lucknow, Uttar Pradesh. In the video, Akhilesh stands next to his father as Mulayam waves his hand to the party workers.

Considering a Samajwadi Party worker performing a havan for Mulayam Singh's birthday was wrongly shared as his son Akhilesh Yadav performing shradh for his father; therefore, we have marked this claim as false.