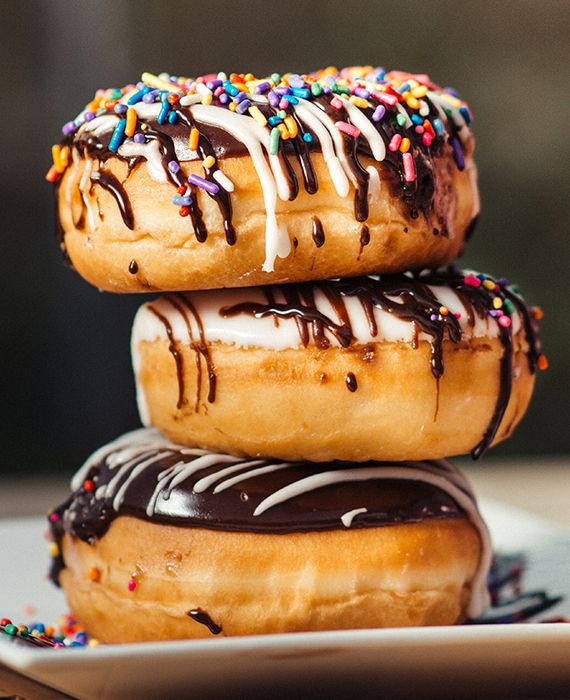 With their settlement, Dutch brought with them Dutch doughnuts or 'oliekoecken' in New Netherlands. They were believed to have been made of yeast dough, eggs, butter, spices, and dried fruits and dusted with sugar. The dough was somewhat sticky and blobs of it would be fried in hot rapeseed oil (canola). The resulting doughnuts came to be known as oliebollen, or oil (fried) balls.

While there is no hard evidence that oliekoeckens were made by these settlers, they had knowledge of them, as they were popularized by a seventeenth-century Dutch cookbook, De Verstandige Kock or The Sensible Cook.

Doughnuts and the Salvation Army