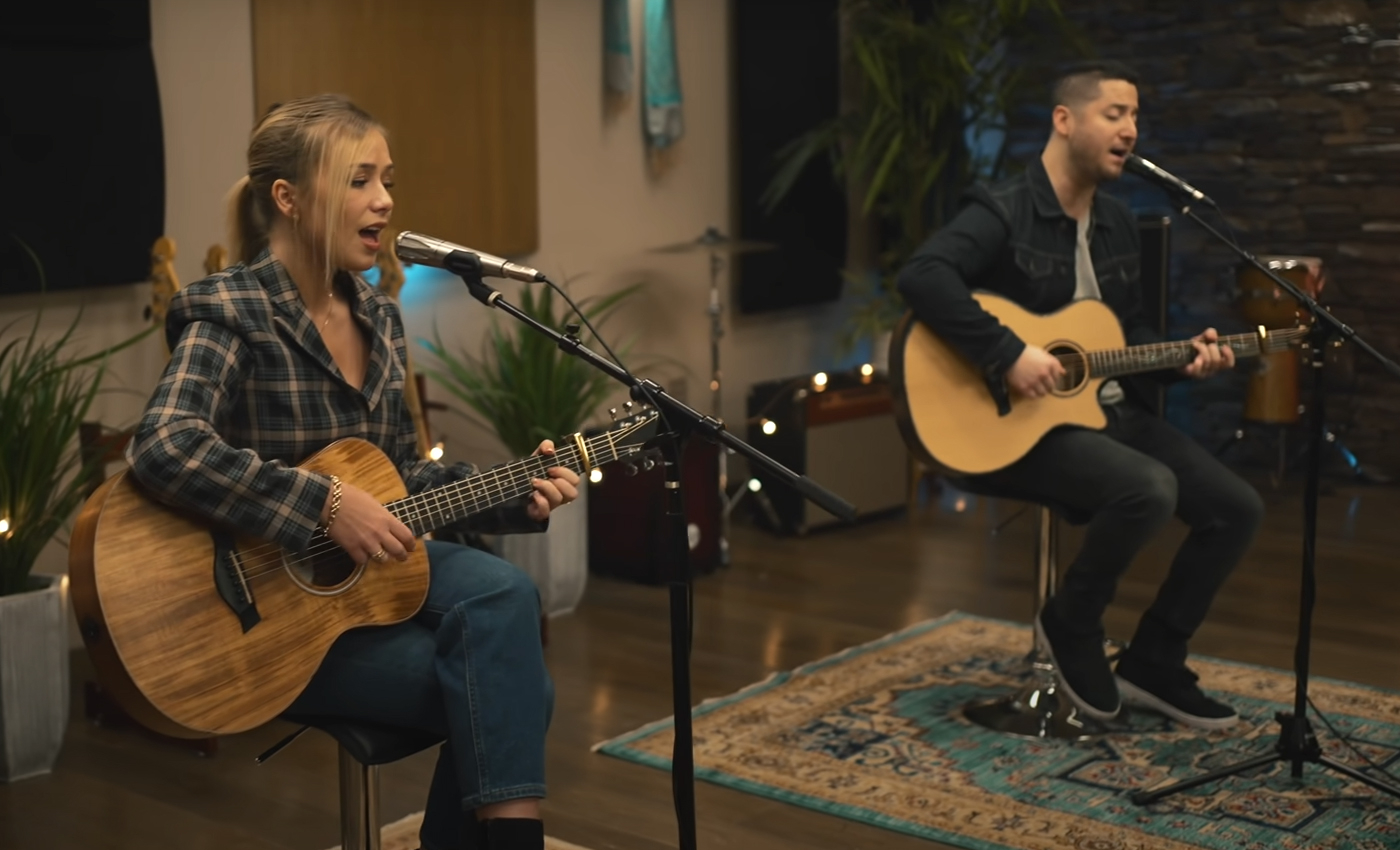 Boyce Avenue and Connie Talbot's acoustic cover of the 'Endless Love' song has been miscaptioned and linked to the ongoing invasion of Ukraine.

A video of a man and a woman singing on stage has been circulated on social media claiming that Ukrainian President Volodymyr Zelenskyy and his wife Olena Zelenska are singing the song "Endless Love" amid the ongoing Russian invasion of Ukraine.

However, the claim is false. The video shared in the post shows British singer Connie Talbot and American singer Alejandro Manzano's acoustic cover of the famous song, originally sung by Lionel Richie and Diana Ross in 1981.

Through reverse image search of the screenshots in the video, we found an identical video with similar visuals uploaded on the Boyce Avenue YouTube channel dated February 20, 2022. The description of the video states, "Boyce Avenue and Connie Talbot's acoustic cover of "Endless Love" by Lionel Richie ft. Diana Ross." According to the video description, it features English singer Connie Talbot singing with Alejandro Manzano, one of the founding members of Boyce Avenue. Boyce Avenue is an American covers band formed in 2004 by brothers Alejandro Luis Manzano, Daniel Enrique Manzano, and Fabian Rafael Manzano.

According to BBC News, Olena Zelenska, the First Lady of Ukraine, is a screenwriter by profession and one of the founding members of the "Studio Quarter 95," a TV production house. Also, a comparison of pictures of Ukrainian President Volodymyr Zelenskyy and his wife Olena Zelenska with Boyce Avenue and Connie Talbot confirms that they are different people.