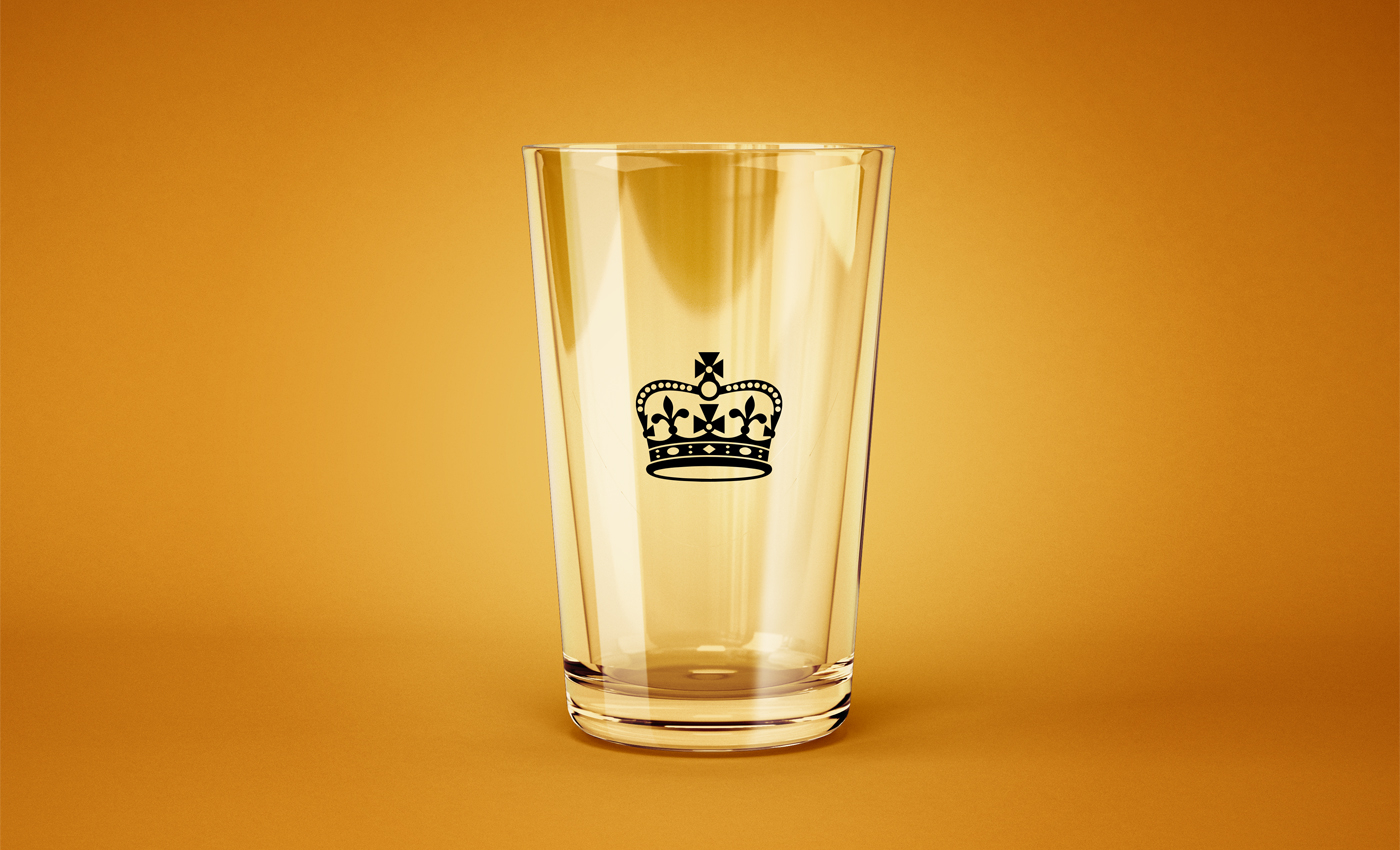 The European Union did not issue any specific ban on using crown symbols on British pint glasses.

In a press release dated June 3, 2022, the U.K. government announced plans to return the crown stamp to pint glasses as a tribute to the Queen for the Platinum Jubilee. The U.K. government is also reportedly thinking of reviving the imperial measurement system.

The crown stamp, which declares a pint of beer has been measured accurately, first appeared on pint glasses way back in 1699. It has not been used since 2006 when the EU-wide CE mark came about.

After the U.K. government's recent push to revive imperial measurements, many social media posts have claimed that the crown stamp was initially removed under the order of the European Union.

The 2004 EU directive required all measuring instruments, including the pint glass used by the EU member states, to bear the CE marking. "CE" stands for "Conformité Européenn," which certifies that the products meet the regulatory standards set by the E.U.

The BBC quoted a spokesperson for the European Commission as saying, "EU law does not prevent markings from being placed on products, so long as it does not overlap or be confused with the CE mark."

The European Commission's attempt to implement a single metric system was given up in 2007. This allowed the U.K. to use imperial measurement units such as miles and pints indefinitely. A 2007 press release by the European Commission stated that it would permit both the U.K. and Ireland to use supplementary indications with no end date.

The 2004 directive did not restrict the use of the crown mark on the pint glass. What's more, the EU allowed the U.K. to use imperial measurements when it was a member. Businesses have been able to choose which units to use.