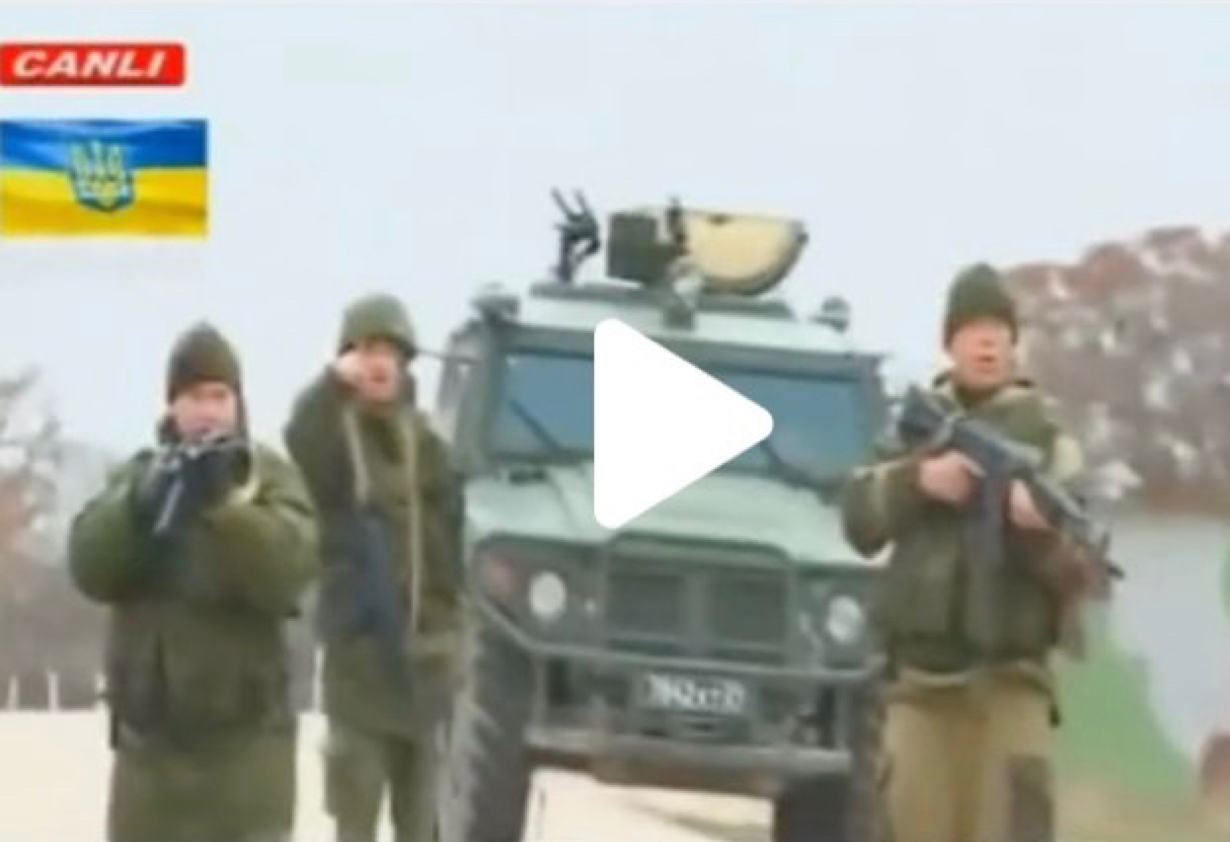 The image in question is from the annexation of Crimea by Russia in 2014.

A video is circulating on social media such as TikTok and YouTube alongside claims that it shows Ukrainian and Russian forces in a face-to-face standoff in the recent outbreak of conflict following Russia’s invasion of Ukraine on Thursday, February 24th. This is misleading, as a reverse image search of key frames of the video reveals the footage to be from March 2014.

While the video does depict Ukrainian and Russian troops in an apparent face-off, the footage originates from Belbek airport near Sevastopol, during the annexation of Crimea by Russia, and ought not to be misrepresented as footage of the current ongoing invasion of Ukraine.