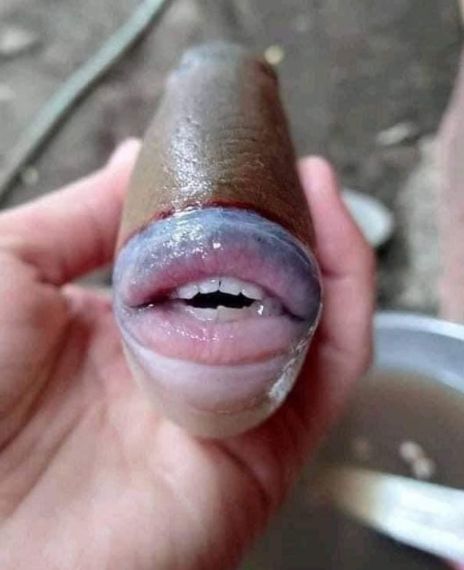 Trigger Fish, having a strong resemblance to the human face, has been spotted in Malaysia, and its pictures have been making rounds on the Internet.

The fish seen in the picture is said to be Triggerfish from Malaysia. The people of the place saw this unique fish in the river, which had human-like features, including mouth with lips and teeth. As soon as people saw the fish, they quickly captured it on their camera and shared it on social media. The post has received around 14 thousand likes and eight thousand comments.

This species found in the northeast Gulf of Mexico and also can be spotted in South East Asian water bodies. While there are 40 different species of the Trigger Fish found in the water bodies, most of these have an oval-shaped body with a large head. They are known for their strong-jawed mouth and teeth, which are capable enough to crush shells. They have two dorsal spines, out of which the anterior one can be ejected only when the second one is depressed, which is also known as the ‘trigger’ spine.