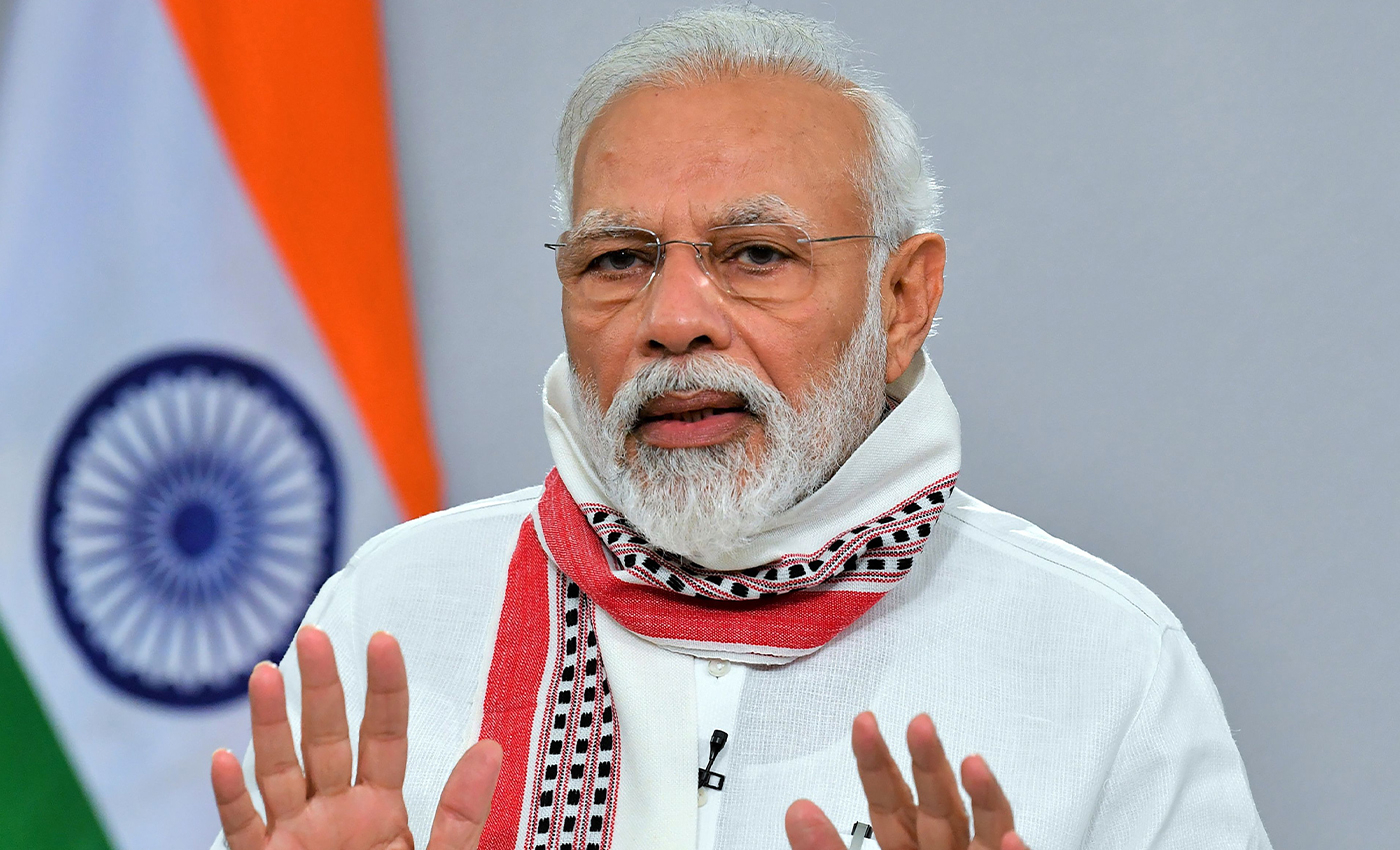 Modi had to attend the rally virtually because of bad weather conditions.

A Facebook post claims that Prime Minister Narendra Modi canceled his rally in Mandi, Himachal Pradesh, after a low turnout. In the 0.14-second video, the camera rolls 360 degrees and shows empty chairs kept in a rally-like setup. In the background, one can hear Modi speaking. The user wrote in a sarcastic tone, "Seeing a turnout of lakhs, Modi decided not to attend the rally."

However, the claim isn't valid.

A keyword search revealed that the Bharatiya Janata Party (BJP) organized a "Yuva Vijay Sankalp Rally" in Mandi on September 24. Modi was scheduled to attend the rally and give a speech; however, he had to cancel his visit following heavy rainfall at the venue.

According to a report by News18 Hindi, many people reached the Padal Maidan in Madni to attend PM Modi's rally; however, the PM could not reach the area as it started pouring heavily, and he participated in the rally virtually. The report adds, "People held the chairs over their heads to cover themselves".

According to CNN-News18, Modi apologized to the people who had come to listen to him during his virtual rally. He said, "According to the schedule, I was supposed to be in Mandi by now. But due to the bad weather, it was not possible. Firstly, I want to apologize to you, and now I'm communicating with you from Delhi".

Modi's virtual speech at the Mandi rally was streamed live on BJP'S YouTube channel. Around the 3.12-minute mark, the crowd is seen covering their heads with chairs. In his address, Modi said, "Himachal Pradesh will become a global pharma hub. Himachal is one of the three states selected for self-sufficiency of raw materials of medicines in the country, where Bulk Pharma Drugs Park is being set up. Earlier, the governments in UP and Uttarakhand used to change every year. Now, that thinking has been uprooted by people."

Since a misleading visual of empty chairs was shown, we have marked this claim as misleading.