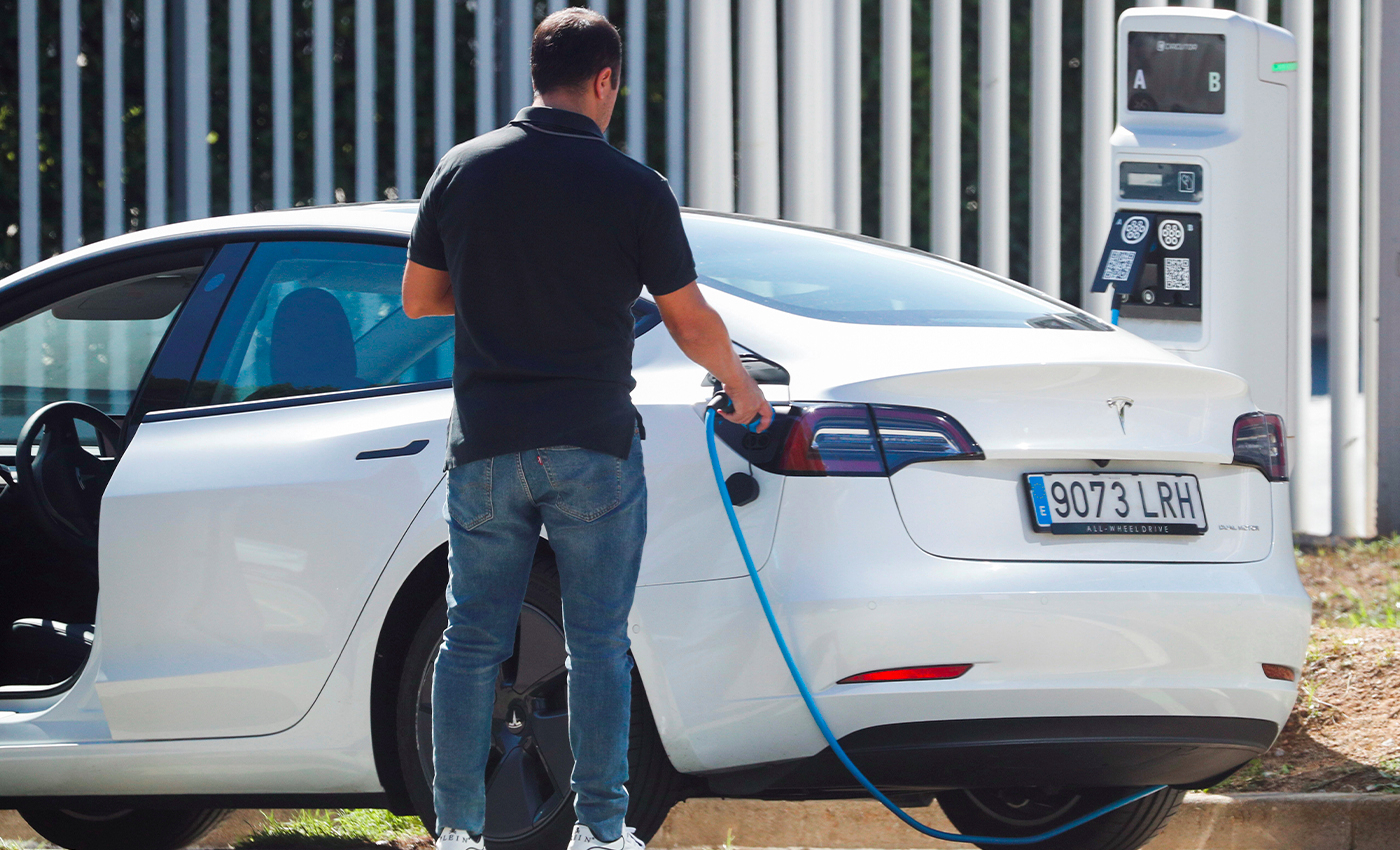 Battery flaws or component issues cause electric vehicles to catch fire. There is no link between such incidents and 5G.

An Instagram post with a video allegedly showing an electric vehicles (EV) vehicle on fire claimed that lithium battery-powered EVs can be detonated through a 5G network. "People will literally drive on lithium bombs! Not to mention that they want to take away your freedom of movement, they can literally kidnap you and take you to any location, and if you a person of interest, can detonate the vehicle you are in via the 5G network!,'' the post read. It implied that EVs are dangerous and violate human rights such as freedom of movement.

Max Igan was mentioned in the post as the information source. On searching Iggan's account, we found the user routinely peddles conspiracy theories including claims such as EVs are used to control people, and depopulation conspiracies. Though repeatedly debunked, misinformation regarding EVs continues to spread on social media. A Forbes article notes that oil and car companies have spread false information about EVs to defend a business model widely recognized as detrimental to the environment.

According to Battelle's research conducted for the U.S. National Highway Traffic Safety Administration, a CNN article said that the likelihood and severity of fires and explosions from lithium-ion battery systems are projected to be significantly less than those for gasoline or diesel vehicle fuels. The article explains that a gasoline fire starts instantly and rapidly spreads when gasoline comes into contact with a spark or flame. Battery fires often take some time to warm up to the right temperature.

A lithium-ion battery fire is typically caused by a short circuit that generates heat within one or more of the battery's cells. The chemical components of the battery may then catch fire as a result of the heat. This may create issues in subsequent cells; consequently, the fire spreads and intensifies in a thermal runaway state. No evidence exists that EVs are designed to abduct people or that 5G networks can be intentionally used to set them on fire. Contrary to what is claimed, EVs are considered a replacement for gasoline or diesel cars to address major issues like global warming and the depletion of natural resources. There is no evidence that EVs can be totally controlled remotely.

There has been an uptick in misinformation related to EVs and their reliability. Previously, Logically debunked a claim that a video showed an electric bus on fire. Our fact-check found the claim is false, as the bus in the video was powered by an internal combustion engine using compressed natural gas (CNG) as its fuel source.

The use of 5G for control by the purported elites is linked to pre-existing conspiracies. According to conspiracy theorists, the elites are a group of the most influential people, including billionaire bankers, businessmen, and politicians. In such conspiracy theories, fabrication and distortion are rhetorical tools.

The claim that 5G networks can be used to detonate lithium battery-powered electric vehicles is unfounded. The claim originates from an individual well-known for spreading conspiracies, and these claims have no scientific or logical explanations to back them. Therefore, we have marked the claim as false.