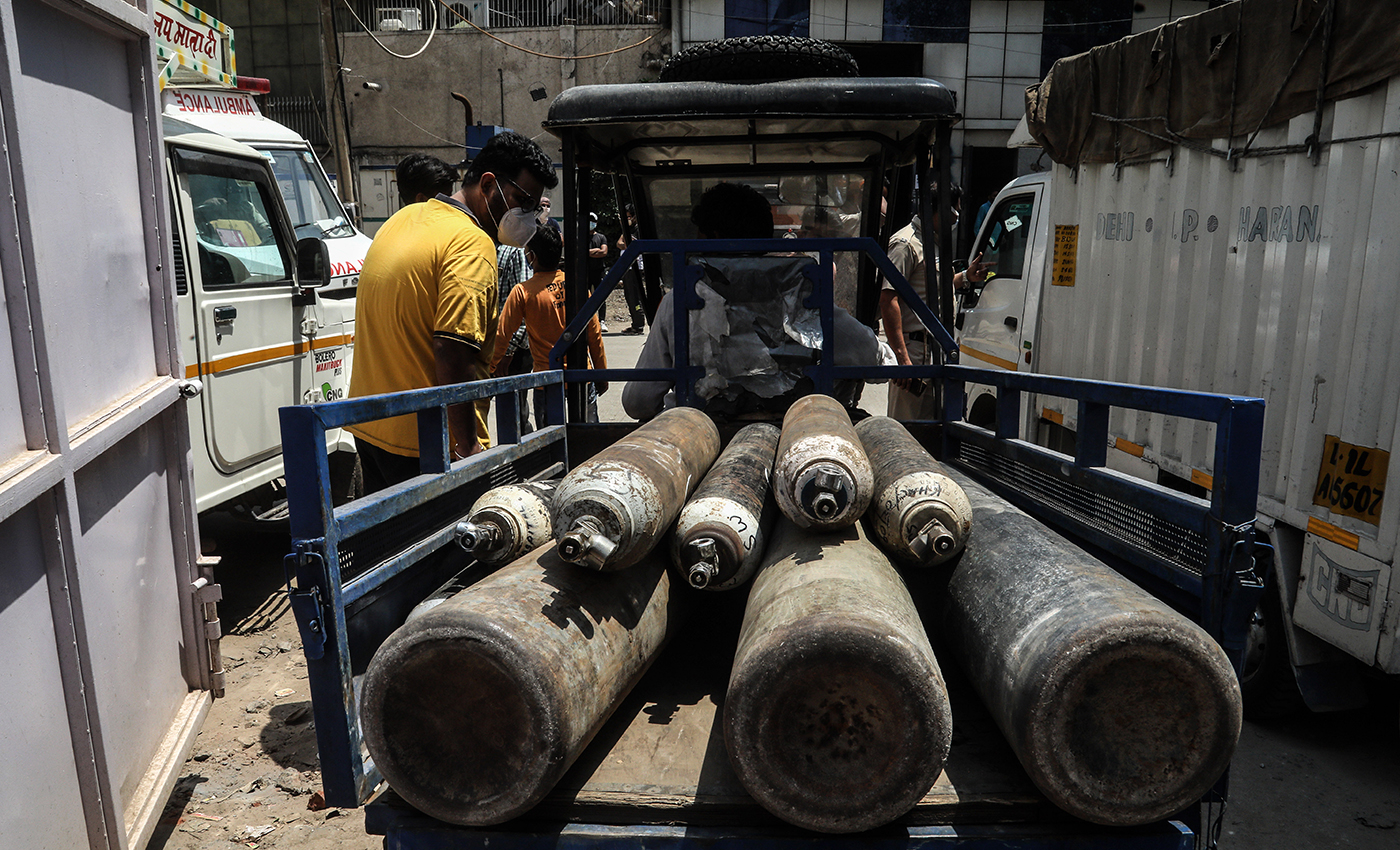 The incident is related to some disgruntled BJP workers vandalizing their party office over candidates' ticket allocation during the WB elections.

Hospitals in India are currently facing a shortage of oxygen as COVID-19 cases have risen drastically. Many COVID-19 patients have died in the country due to a lack of medical oxygen. Amid this, a video has emerged claiming that BJP workers created a ruckus for not getting oxygen cylinders

Using relevant keywords, we found multiple news agencies had reported the incident, stating that BJP workers ransacked the party office and demanded a candidate of their choice for the Malda constituency of West Bengal.

ABP Bangla reported that the woman in the video is Sagarika Sarkar, Malda district's BJP council member. She was joined by her supporters and vandalized the party office in Gazole, a municipality in Malda district West Bengal. The party had rejected her candidature for the assembly elections.

According to an India TV report, the state of West Bengal witnessed vandalism at several places as many BJP workers were upset with the ticket distribution after the party released the list of candidates for the assembly elections on March 18, 2021.

We mark the claim as misleading as BJP workers ransacked the party office over ticketing issue and not because of the lack of distribution of oxygen cylinders.