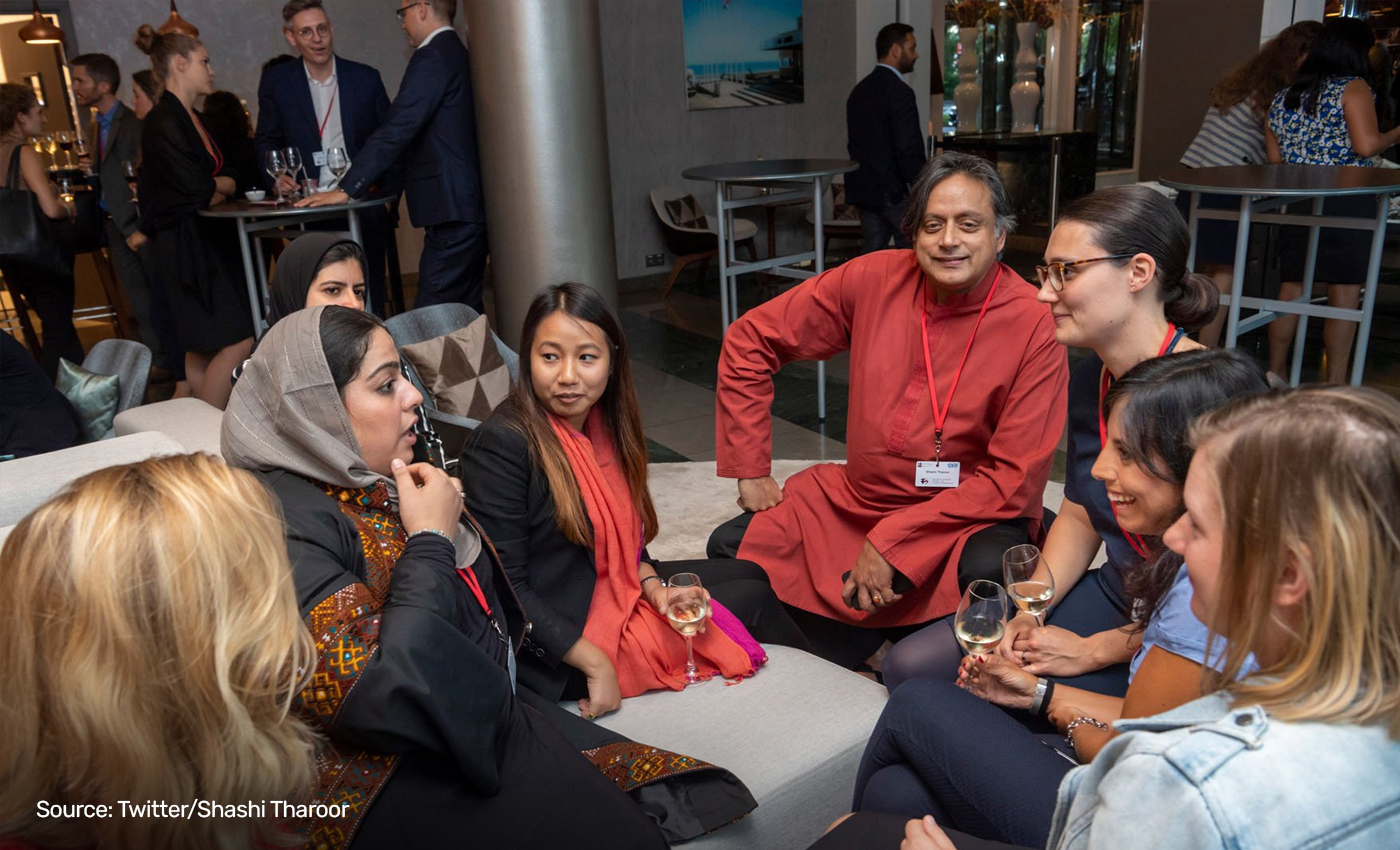 An old image of Shashi Tharoor from an event in Germany held in 2019 is being shared as a visual from the Bharat Jodo Yatra.

Congress party’s ongoing ‘Bharat Jodo Yatra’ has been fodder for false claims and misinformation ever since it started. An image circulating on social media shows Congress leader and Member of Parliament Shashi Tharoor sitting with a group of women. Some users have claimed that the photo is from Kerala and was taken during the party's Bharat Jodo Yatra. The post's caption reads, "First picture from Bharat Jodo Yatra, Kerala. Youth icon "Shashi-Tharoor" Ji is guiding all of us. Guruji is as busy as ever".

A simple reverse image search revealed that Tharoor shared the image in question on his Facebook page on August 22, 2019, and was taken during a seminar in Germany. The Thiruvananthapuram MP wrote in the caption, "My annual lecture at the Bucerius summer School on Global Governance this year was on a pet theme, multi-alignment in a networked world." He added, "It's always a pleasure to interact with some of the brightest young minds around the world on global governance issues, as I have done since 2001." The Congress MP had shared the same post from his Twitter handle as well. The photo was accompanied by other photos wherein Tharoor is seen lecturing and interacting with the attendees in the visuals.

It is amply clear that the viral picture is not from Bharat Jodo Yatra which kicked off on September 7, 2022 from Kanyakumari. The march would cover over 3,500kms long and would be completed in five months. The Kerala leg of the Bharat Jodo Yatra saw a huge turnout, and Tharoor also took part in the same. Logically had recently debunked a false claim according to which Congress leader Rahul Gandhi was inebriated during the march.

The user shared an old image of Congress MP Shashi Tharoor as a visual from Bharat Jodo Yatra. Hence, we have marked this claim as misleading.